How to: Mount a SAFE floating 2 x 4 EXPEDIT shelf 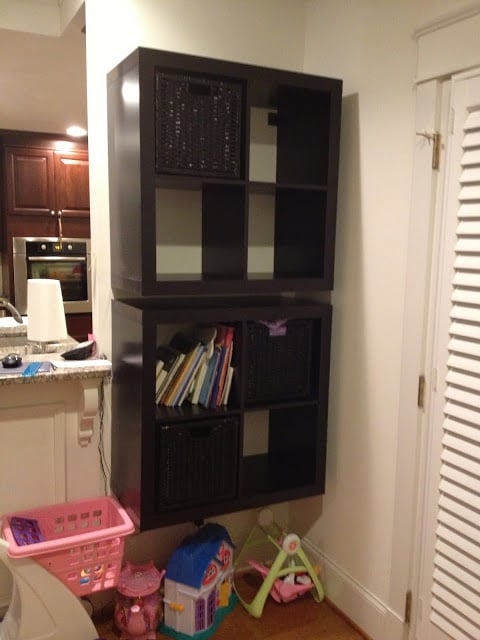 Description: This is slightly a hack, but more of a work around for those who want to mount an EXPEDIT 2 x 4 shelf on the wall.

The instructions clearly state that you cannot mount a full 2 x 4 bookshelf on the wall (fig. 2). Also, I have baseboards, a power outlet and a phone jack (yes, we still use a LAN line). I wanted the book shelves flush to the wall and not cover up the outlets. 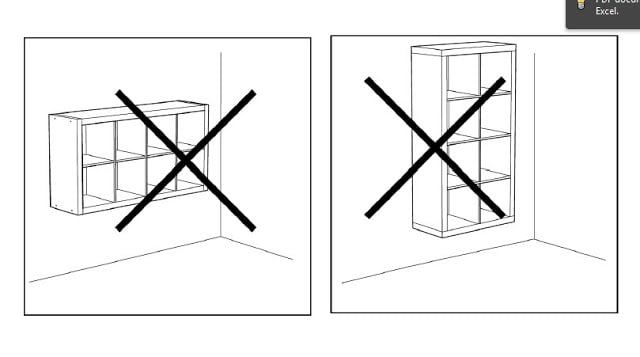 So, to bypass that and still have a safe structure towering over your kids, I came up with this solution. I mounted the two shelving units using the included wall brackets. One of the brackets was screwed in with a wood screw, the other bracket was secured using a 90 lb. dry wall screw. For added insurance, I put a two small brackets on the top and bottom of the lower unit. These L-brackets were secured with two wood screws each along the studs. I put one underneath the unit and one just under the top board of the unit. This lower unit poses a risk of climbing, plus I wanted to put some books in it.

I found that the easiest way to mount was to place an L-bracket on the wall first, then gently set the unit up against the wall on the bracket. This made it easier to hold the unit flush against the wall for centering and leveling. I then penciled in the spot for the screws and removed unit. The included wall brackets are uniquely designed so that you can make small adjustments after the two screws are already in place (fig. 3) 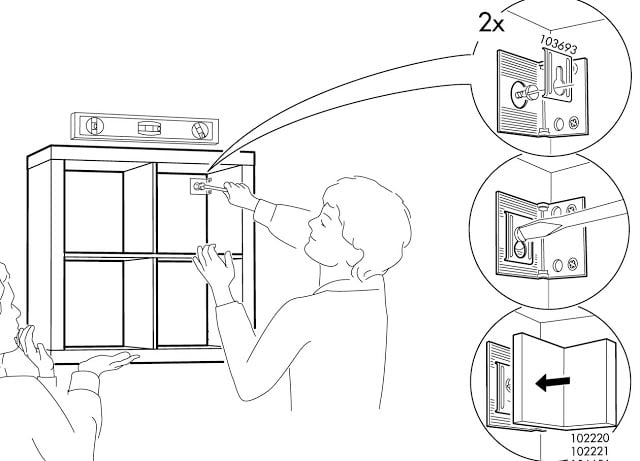 You will notice a small space between the two units. This makes for a great place to store mail or papers. Without a small gap, the unit is simply a heavier version of the 2 x 4 shelving unit. At least, that is my logic. 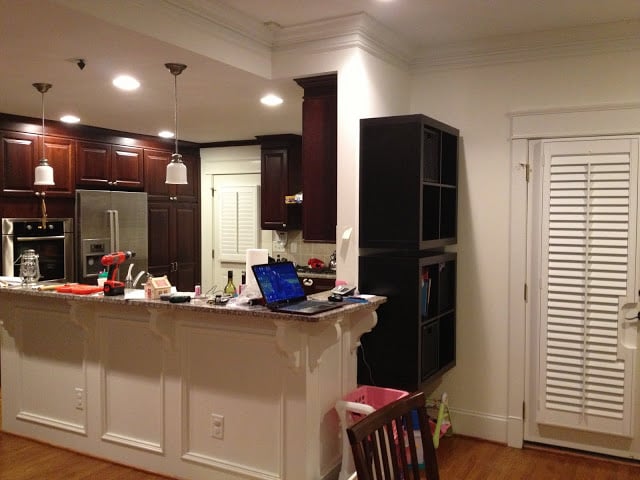 I originally wanted to create a gap large enough for additional IKEA baskets. Thus, the empty space would become a shelf. My wife did not like the added height of that idea, so we went with the smaller gap. I don’t really like the amount of space under the lower unit, but it was the only way to clear the outlets.