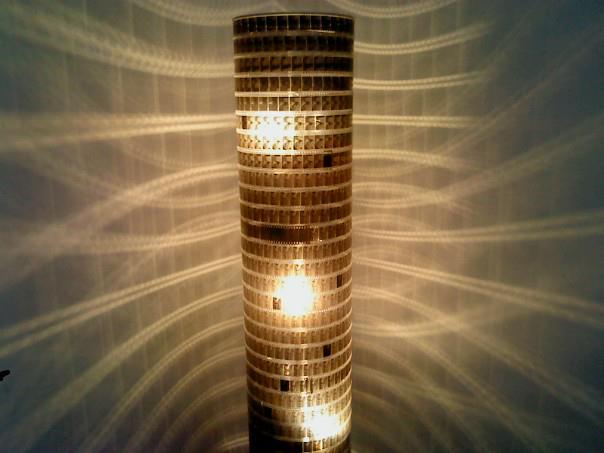 Description: I bought this from my worldclass handy-hacker-friend. 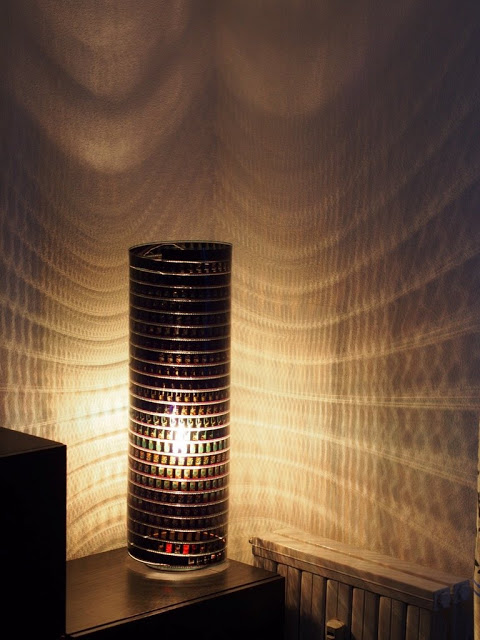 Description: After having two Ikea Storm paper shade lamps (one small, one big) in the corner for two years, I wanted to change that bit of the flat and redecorate.

This is what came out of it. I took the small one and gave it a new shade. Made out of a unbroken strip of 35mm cinema film. The trailer to Zathura to be exact.

Building was straight forward. I wanted to use both end pieces (metal rings) of the original Storm lamp, so the diameter and height was fixed. The first loop had a diameter of 22cm, then I began stitching fishing line through the transportation holes until the spiral reached over 70cm in height. Took me over 6 hours to do that. Boring work, but cool result. =)

The upper end of the Storm lamp is smaller then the bottom, so I needed to enlarge that part. I took the second to last ring out of the old papershade and placed the smaller centerpiece in the middle. Then I glued a donut like piece of paper over it. Voila. 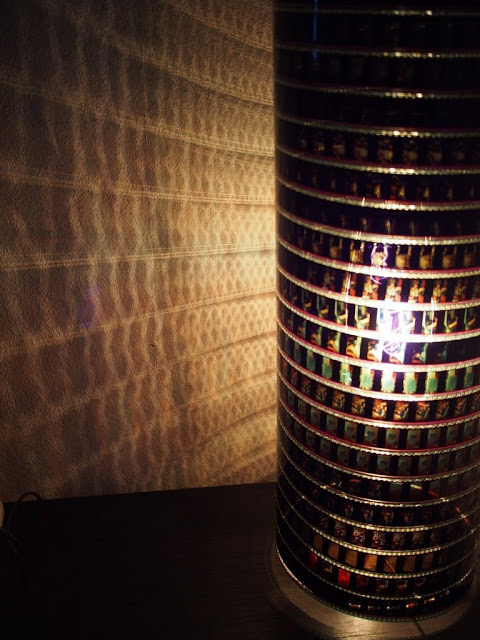 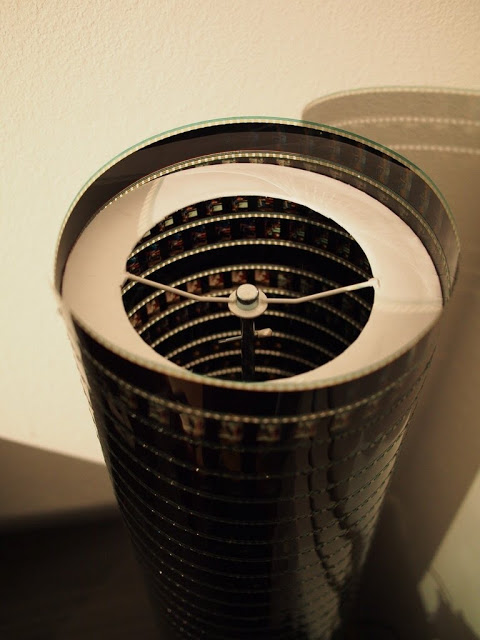 The light source in the photos is a ‘retro-style’ lightbulb with a long unwound filament. This produces nice dim, yellow light (and a lot of heat. If you want to do something similar, do not take old Celluloid or you will burn you house down).

The zigzag pattern on the wall is a direct mirror of the filament in the bulb. Look really nice I think. =)

See more of the spiral lamp.