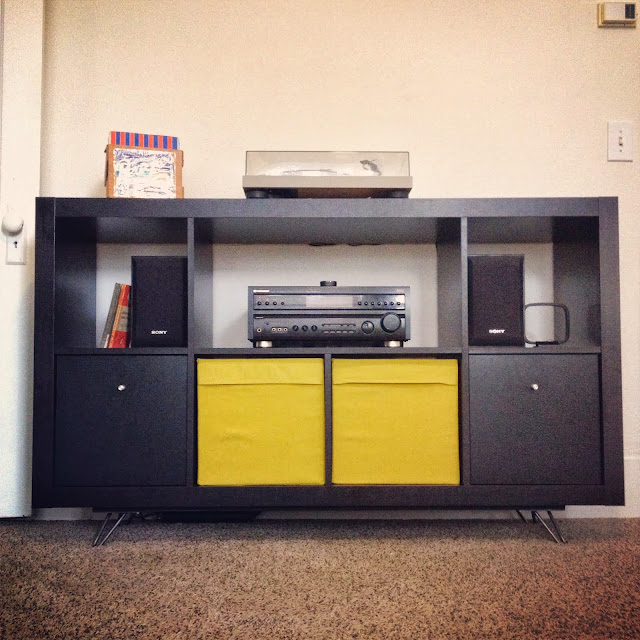 Description: After moving, I had two problems that needed solving. First, I needed a place to put my record player and I had a 2×4 Expedit that I no longer needed. Rather than just turn it sideways and put my stuff on it, I decided to remove one of the smaller boards to make room for my receiver as well. 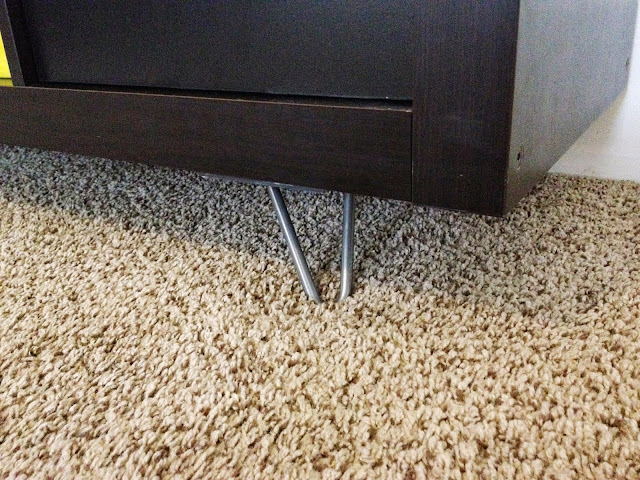 I also decided to put four hairpin legs on my bookcase which I did by first getting a board that was 1×3 ft. and spray painting it black. I then attached it to what would be the bottom of the credenza by getting some wall anchors, putting them into the bottom of the Expedit, and attaching the board to it.

Then it was just a matter of screwing the hairpin legs into the board. I was sure to use screws long enough to go both threw the board and into the Expedit for added stability. I finished it off with two drawers that I had and two DRÖNA boxes.