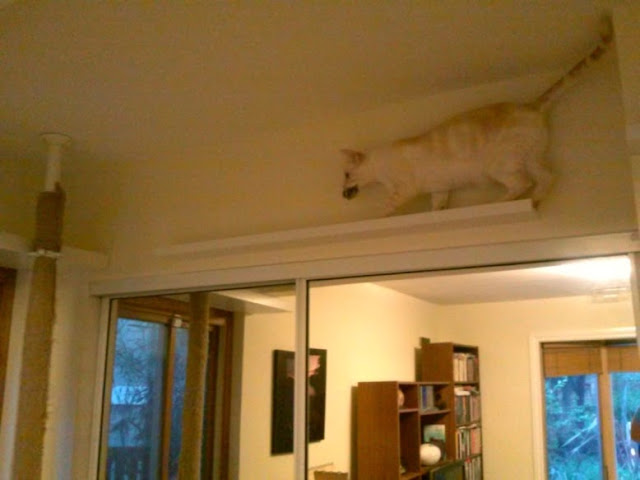 Description: We were inspired by Kelly’s Stolmen cat tower here.

We have a fairly low ceiling (about 7′) in this ground level room and there is a support beam about 2 1/2′ away from the wall. We saw the Ribba shelves which are used to display photos and other artwork and thought we could use them to create a path up high between the wall and the beam.

So we assembled the Stolmen closet pole and mounted it to the floor and ceiling so the cats would climb to the upper level. We tried an experiment – instead of winding many coils of rope as Kelly did, we bought some thin padding material at the fabric store, wrapped it around the Stolmen pole, and then wrapped burlap around the padding, using needle and thread to sew it as tight as possible. Attractive to our two cats as a scratching and climbing post, the burlap is getting fairly shredded and we may try replacing it with the rope Kelly recommended. 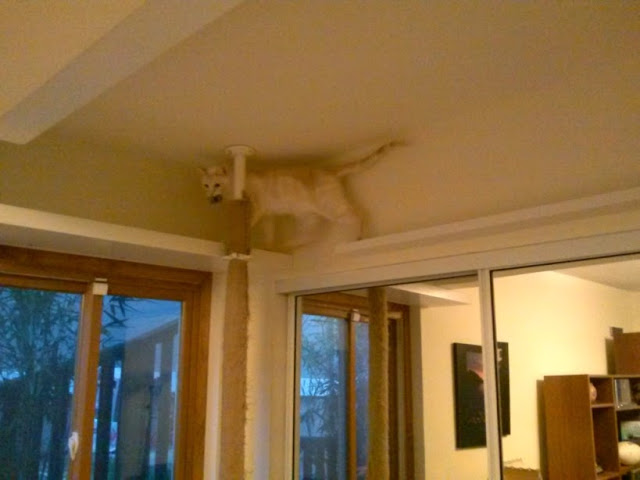 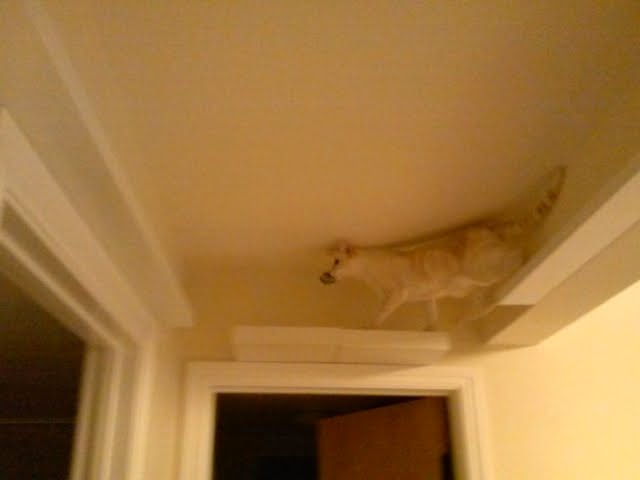 For a rest area after the cats climb up the burlap-covered Stolmen pole, we mounted a Besta (I think it was that) shelf near the ceiling, about 10″ (25 cm) wide. It provides enough room for the cats to land, perch and turn around. We put another 10″ or so shelf at the other end of this small area, about 6′ (180 cm) away, for a resting and turning spot. Connecting both of these, mounted on the walls and on the support beam, we mounted Ribba shelves, which are only about 2.5″ (6 cm) wide. We put gaps in between the Ribbas so the cats would have to jump (when they were kittens) or take big steps (now that they’re grown) across.