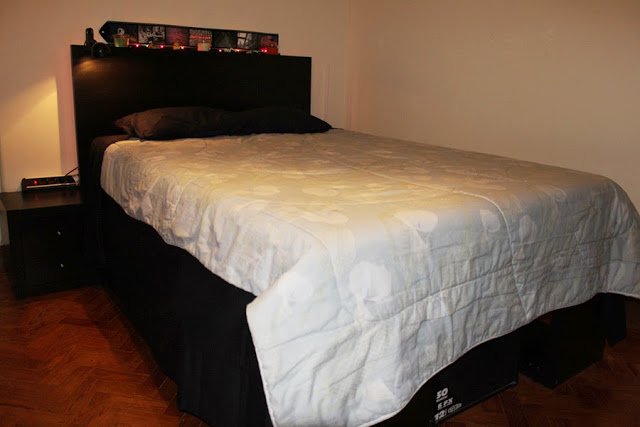 Description: Here’s an ikea hack of a tall double bed with nightstands and headboard: all black, all clean, lots of storage.

I made it with 3 long Expedit shelving units and 1 Expedit cube. The headboard is a Vika Amon table top attached to a Ribba picture ledge. (What I haven’t bothered with yet was finding proper bedding.)

So: like on other bed hacks, along the length of it are 2 Expedits. Then across, at the head of the bed, there’s a third one, plus a cube, resulting in one ‘Expedit cube’ on each side of the bed, working as nightstands. 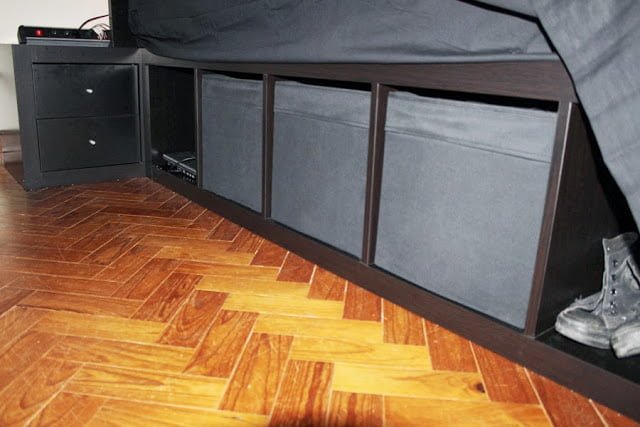 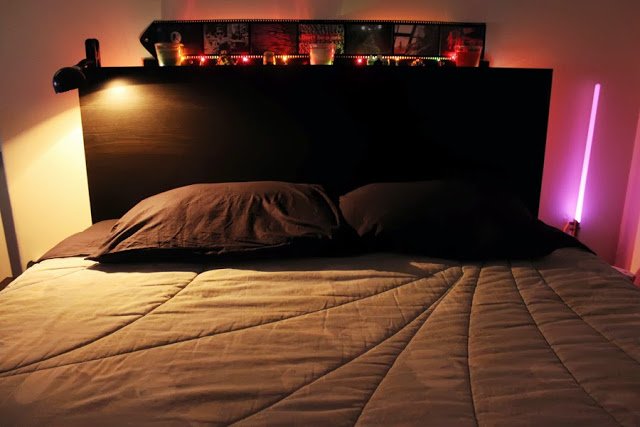 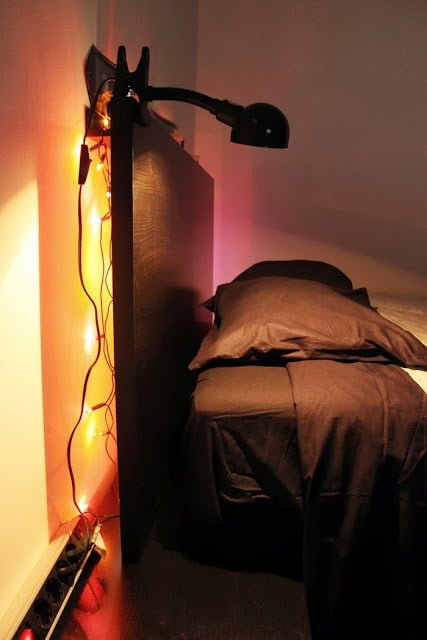 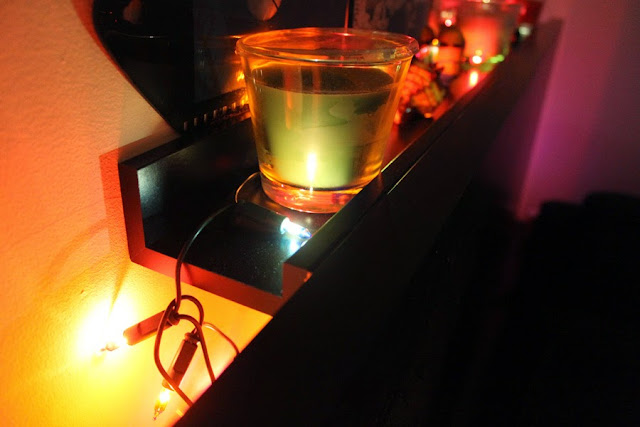 This makes the structure 224cm long and 228cm wide (at the head, with the nightstands). I didn’t fix anything to anything. And voila, a bed frame!

On top of the frame I used a 200x140cm slatted bed base (also from IKEA actually) – but any base would do, like a simple board – and then a thick mattress which makes the whole bed 73cm tall.

(As you know, each Expedit is made of a structure with 4 shelves; on the third unit used across the bed, which is hidden, I only attached one shelf at one end, so I still have 3 small black shelves I can put up anywhere.)

The bed has 12 storage “boxes” (5 on each side and 2 on the nightstands)! Ikea’sdrawers inserts are really nice for the nightstands (you can only see one in the pics as on my last trip to Ikea I bought several for the house and only later realized I was short of one), and on the remaining 10 cubes any complements could be used; I used six Drona boxes.

Under the bed between the Expedits there’s still plenty of space (the gap is about 70cm wide). It could even have one of those under the bed storage boxes, with wheels maybe. Currently I simply have a big travel bag under there, with some bedding inside.

Now on to the headboard.
The Vika Amon table top is 150x75cm. I attached (with some *really* strong double-sided tape) the shorter side of a 115cm Ribba shelf to the back of it, centered, and then screwed the other side of the Ribba to the wall (only the middle screw actually), resting the Vika on top of the third Expedit.

I could’ve added more shelves below that top shelf (check out this similar hack, but I don’t really need that space, which can also be used to hide electrics and such.

I may still make a cushioned something to go between the mattress and the Vika.

And that’s it. Hope you enjoyed it =)