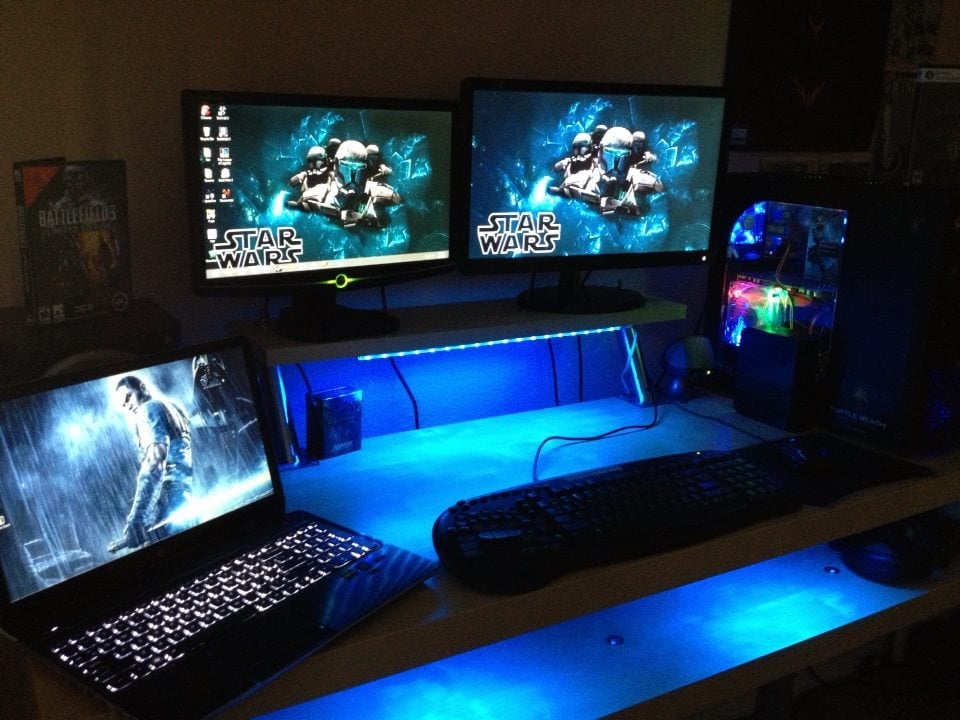 Description: Here’s my setup. I recently redid my office as I have been working from home a lot more. I had a huge executive desk in my office that was simply too big. I had four monitors and the whole slew of office equipment that goes with what I have been doing for work. I found most of the tech was going to waste so I down sized a bit and rebuilt my desk from ikea parts. I wanted a desk I could sit or stand at with almost no configurations change.

I hacked a few ikea parts together to make the following. The top of the desk is the perfect height to stand at, if the keyboard and mouse are in the underside you can sit perfectly.

The pieces I used are a Galant leg system for desks, a Lack tv unit, Capita shelving legs, ekby jarpen wall shelf, six 3″ fully threaded washer/nut/bolts (the only thing not bought at ikea) and a Dioder LED kit (my favorite as its meant for cabinets, it can be changed to reflect any color). 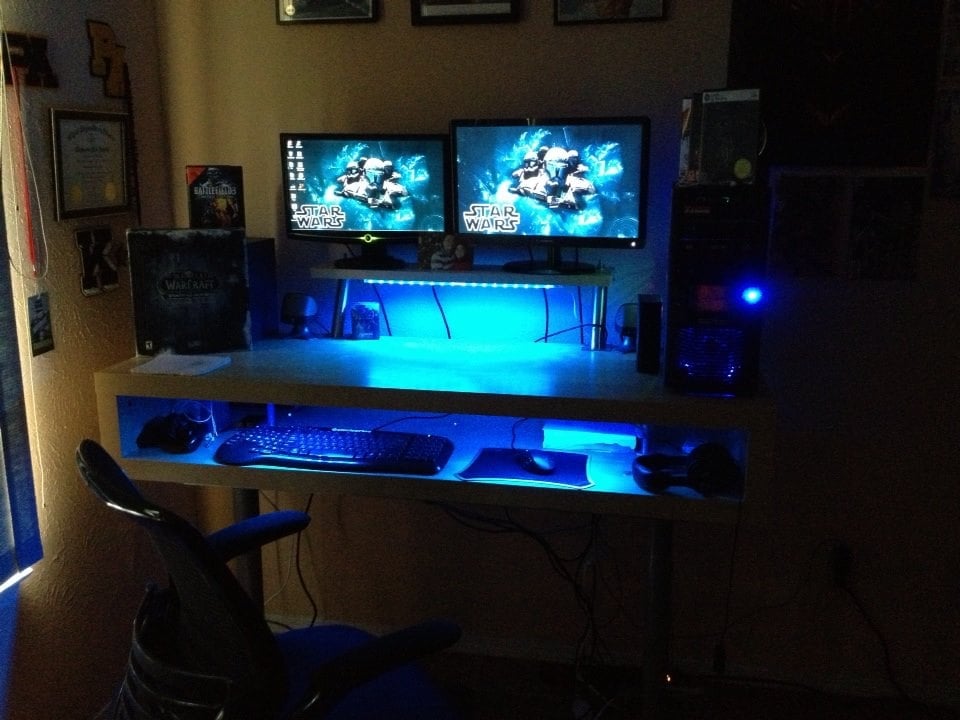 The whole desk including the light kit came up to about 200$. The whole desk took me about two hours to build. I simply lined up the leg mounting bracket and measured it center. Marked the six holes and drilled them to line up with the leg system and bolted them down.

Make sure to get extra wide washers for the bolts to help with support. The Capita shelving legs have a bolt on one side and then 4 mini screws on the other. I had to put the mini screw side against the main desk and the bolts were drilled through the shelf. To give the side that meets the desk extra support I reinforced with some gorilla glue both in the holes and against the surface. I have been using the desk for roughly 3 months and it has been great. On a side note, buy a mat to stand on, the squishier the better!