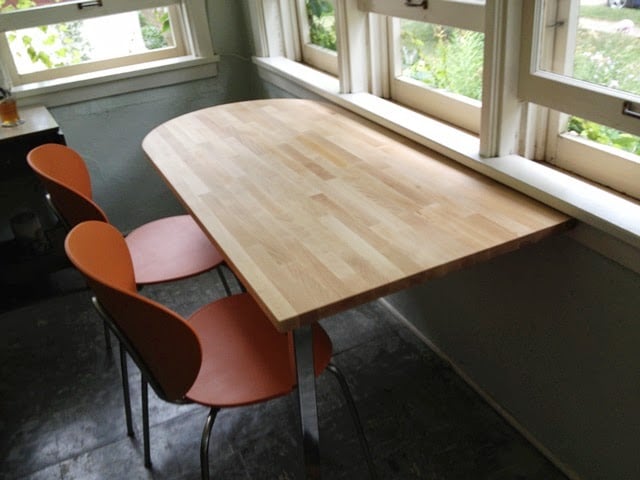 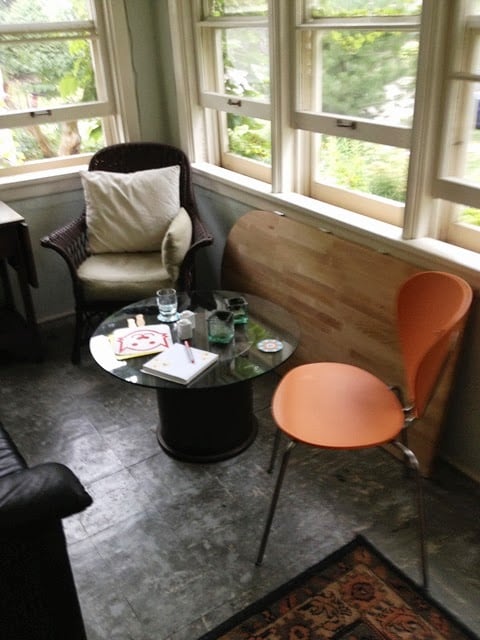 Description: We attached four 3″ T hinges on the underside of the table top using 1″ stainless steel screws. We got two folding leg brackets from Rockler Hardware (online). Because of the hex bolt bracket on the top of the Godvin legs, we used the bottom instead. We removed the hex bolt from the top and the floor protector caps from the bottom, hacksawed the plastic caps down, and put them on the top of the leg instead of the bottom.

Then we drilled into the sides of the Godvin legs (near what was the bottom but became the top) to bolt on the folding brackets. It works best to screw 3/4″ bolts in from the outside into s top nuts you’re holding tight with a needlenose inside the leg (it’s tight and small so this is a little tricky). 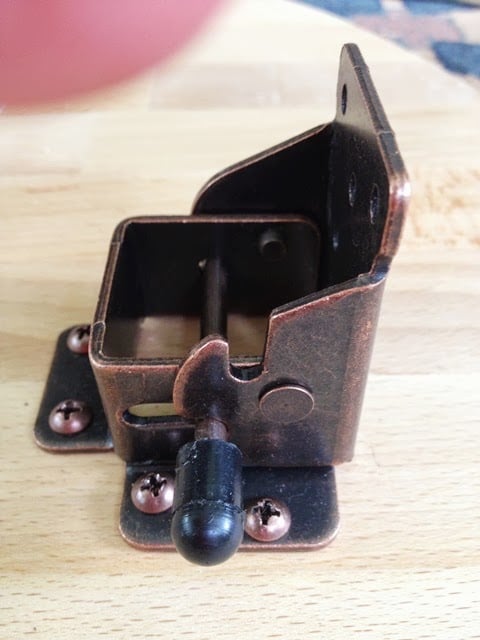 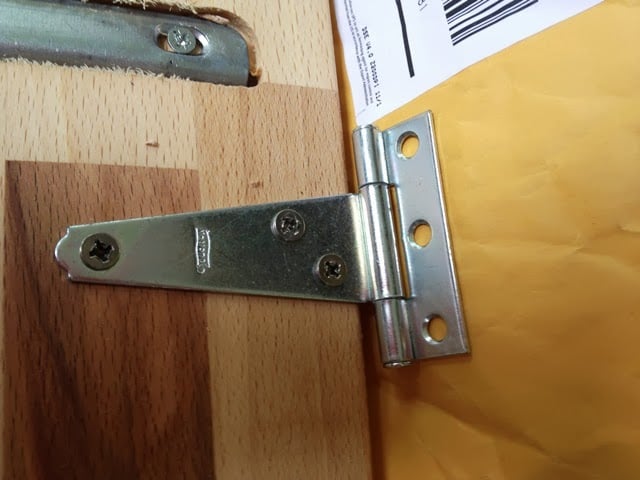 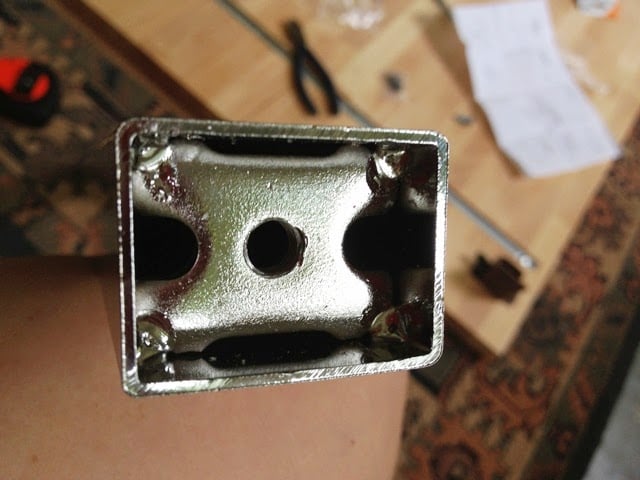 Then we attached the folding brackets to the table top. We reversed the table, opened the two leg brackets, put a small stool with a bunch of books under the third corner until it was level, then attached the other side of all the T hinges to the window trim/wall with 1 1/2″ stainless steel screws. Only dilemma is that the table top hits the ground, rather than hanging on the wall (the legs were too short, I guess?) so we’re thinking about shimming up the leg brackets and reattaching the hinges higher against the window. But it’s fine on the floor and not too much in the way, so maybe we’ll just live with it 🙂