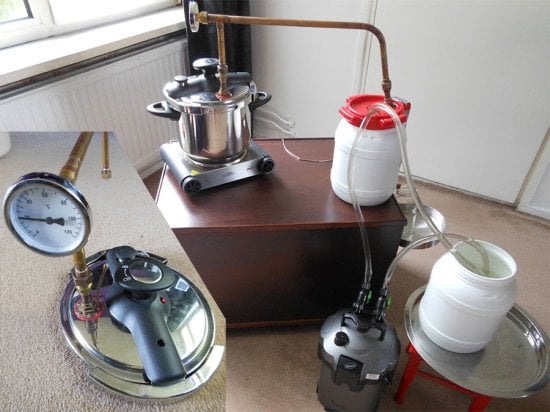 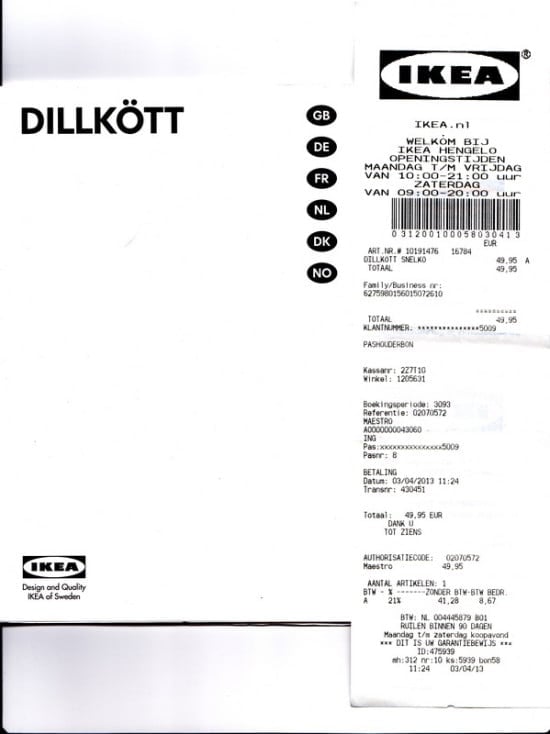 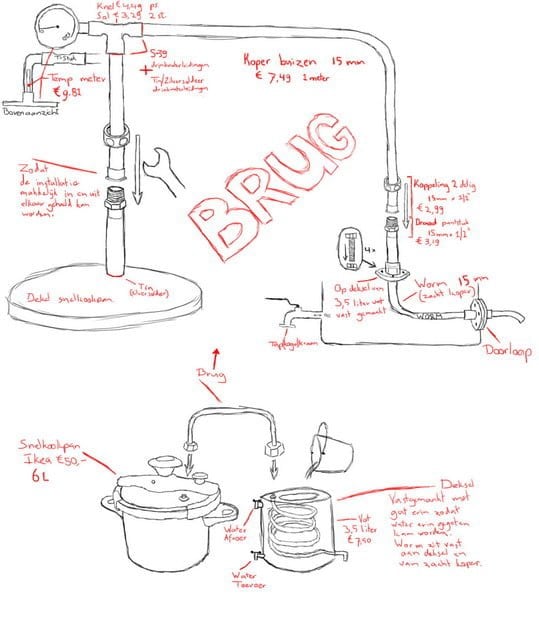 Before I build something I like to draw it out. This is the construction manual. As you can see the centerpiece is the Ikea pressure cooker. Also because I don’t want this installation in my living room 24/7 I made it detachable. The bridge (Dutch “brug”) can come off. Once it is detached it all fits in the brown wooden box (made that one also). 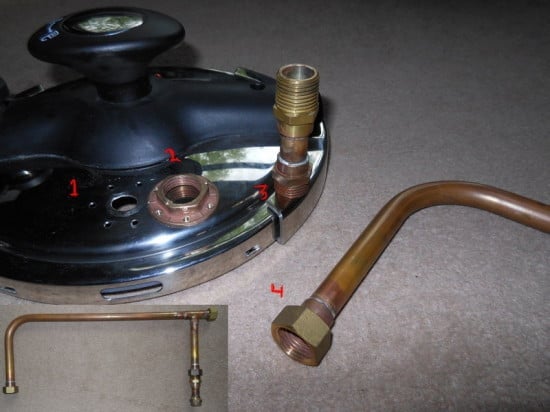 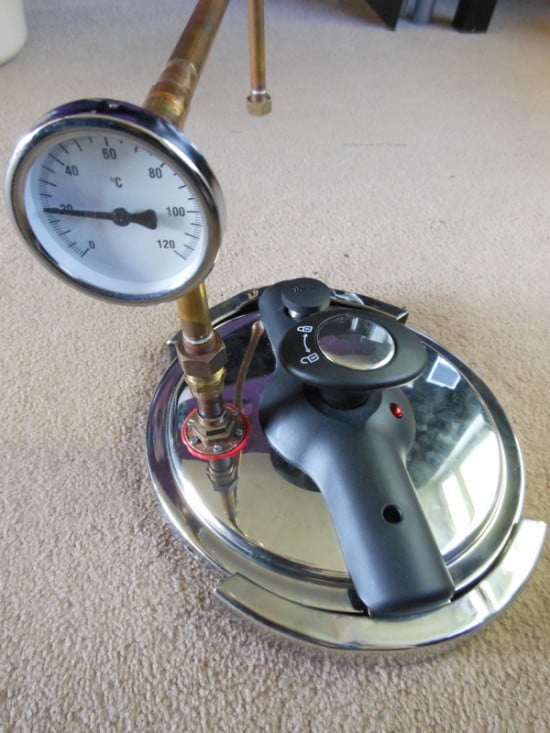 The result of the assembly. This had to be done right the first time, if I’ve messed up the cap isn’t usable any more. 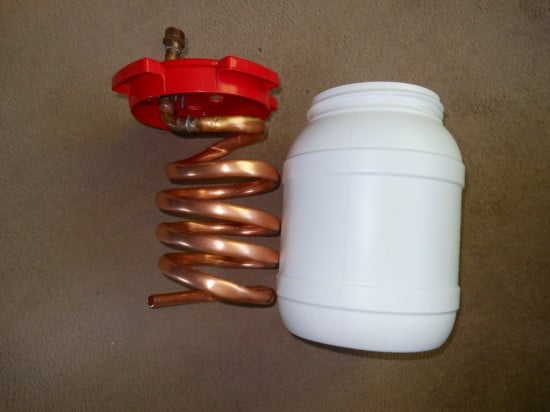 This is a tricky part. Because of the small barrel it’s very difficult to get the worm right. On the top of the barrel the worm starts and on the bottom the worm comes out. I’ve made this as long as possible. The longer it is the more time it has to turn into liquid. If you have a very strong and awesome cooling system you can make it shorter. 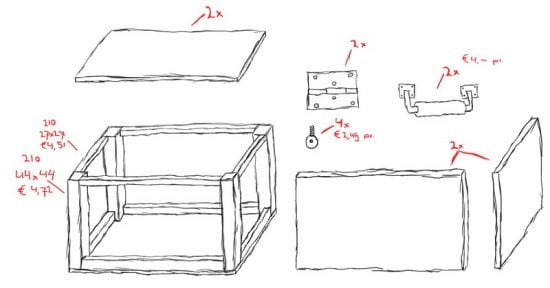 I’ve already mentioned that I don’t want the installation in my living room all the time so I’ve made a wooden box. This is the construction manual I made and used 🙂 I’m very happy with the result. This is a hobby not everyone needs to know so it’s handy to be able to tuck it away. 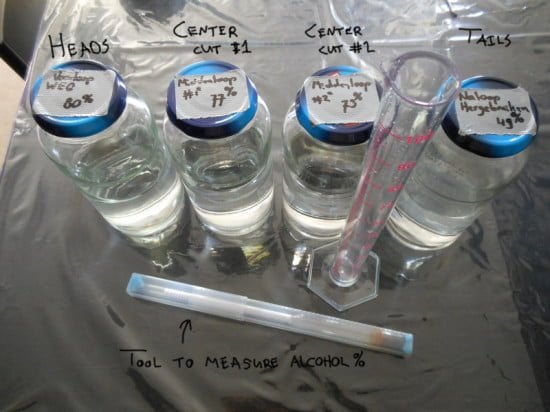 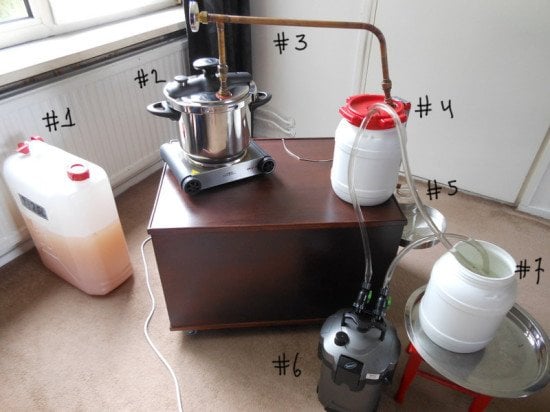 #1 My own made wash (wash has no grain in it, if it has, it’s called a mash). This is a mixture of sugar, %$#*, lemon, tomato, %$#* and a lot of water.
#2 The Ikea pressure cooker Dillkott. Cook the wash so the alcohol comes out, not too warm because the alcohol evaporates quicker and that’s what I need.
#3 The bridge. This takes the steam which carries the alcohol into the worm.
#4 The barrel with the worm in it. The hot steam (with the alcohol) comes in and the cooled water inside the barrel makes it liquid again. And there we have it! Almost pure alcohol.
#5 You need a lot of jars to catch the alcohol. Simply because you have to calculate the head, center cuts and tails. You only use the center cut!
#6 A simple water pump. It pumps the hot water from the top of the barrel (with the worm in it) into the barrel with cold water in it and then back into the barrel with the worm on the bottom. So that the water circulates. This makes the hot steam turn into liquid.
#7 The end result! Four jars with alcohol. I’ve already made the cuts here. The head can’t be used again so it get’s thrown away. The tail can be used with the next run. The center cuts are used to make great liqueur!

Learn how to brew