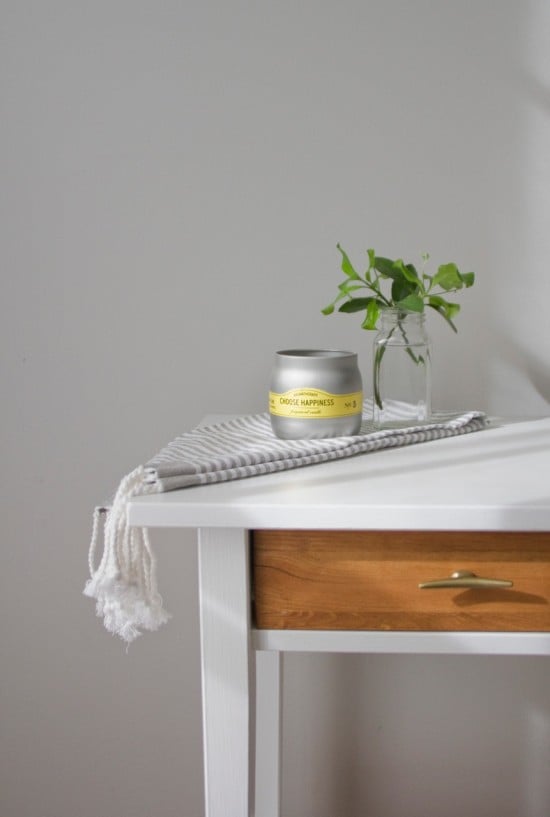 I had two black/brown Hemnes nightstands that were begging for a facelift. I recently replaced my dark Hemnes dressers with a mid-century pair, but I really liked the shape and function of the nightstands, so I decided to aim for a trendy white & wood combo.

I started by sanding off the black finish on the drawers with my palm sander. Then I added a rich walnut stain and poly coat.

I primed and painted the rest of the nightstand white. It took several coats to get complete coverage over the black.

12 IKEA desk setups to inspire us to work from home

I added some brass bar pulls from Anthropology, and Voila! New nightstands.