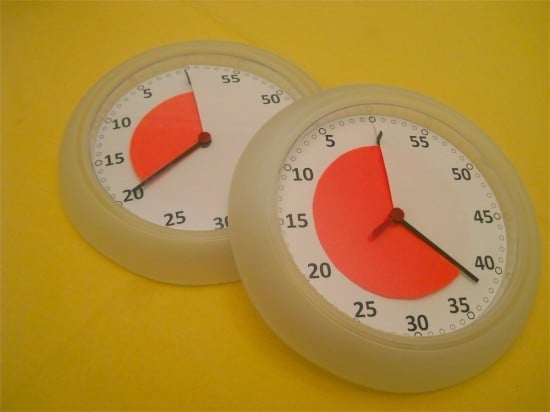 Some time ago I’ve seen the Time Timer. Which I think is great. Unfortunately, for about 40 bucks a piece, the price was a bit too expensive for me. A friend pointed me to a blog entry on the blog “Halbtagsblog” by Jan-Martin Klinge. Very cool, I thought to myself … but there were still some small improvements to be done … all said and here you go with the instructions:

Things you’ll need:
• a scissors, a knive, tape and glue stick, a CD / DVD
• A red sheet (better: a laminated red sheet – if you don’t have a laminator you can simply iron it), or thin but stable red foil
• the new clock-fave (A4 printout, size 100% Download: PDF template clock – thanks to the blog of Jan-Martin Klinge, I have just added the center point)
• A Rusch clock from Ikea (Price 2 $) 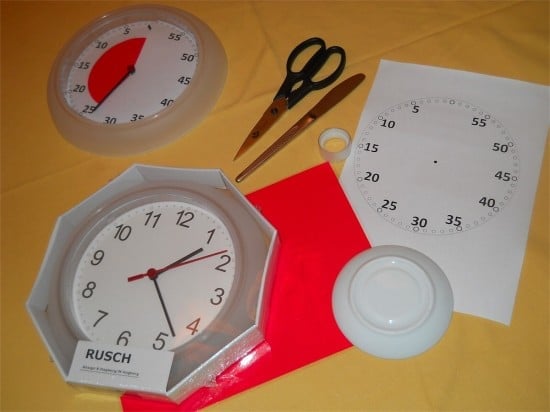 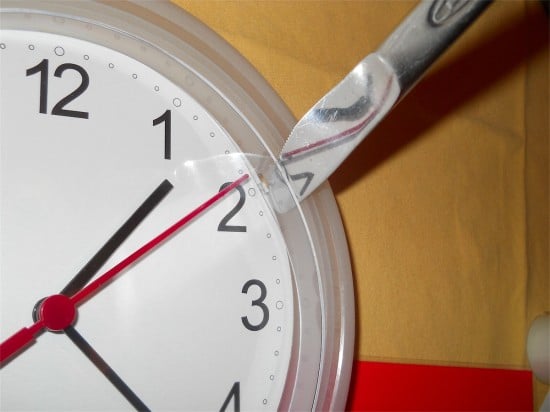 Unpack the clock. You can take out the cover – it is only secured with three plastic brackets. Look at the backside of the clock. There are two smalls and one is large. Lever a little bit with a knife, where the two small ones are located and then you’ll get the clock opened without destruction. 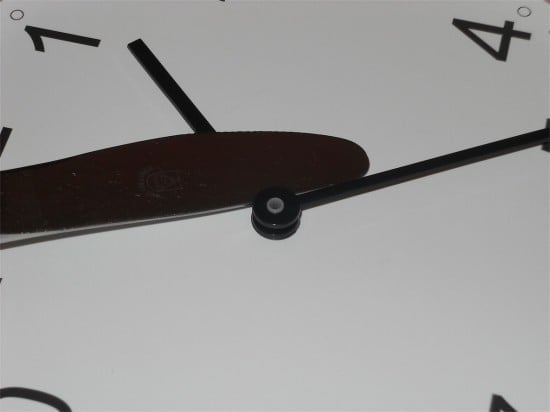 Next, the hands needs to be removed. First, the second hand, then the minute hand and at the end the hour hand. It works fine with the long edge of a knife as a lever. Caution, the red second hand is the hardest to pull off. 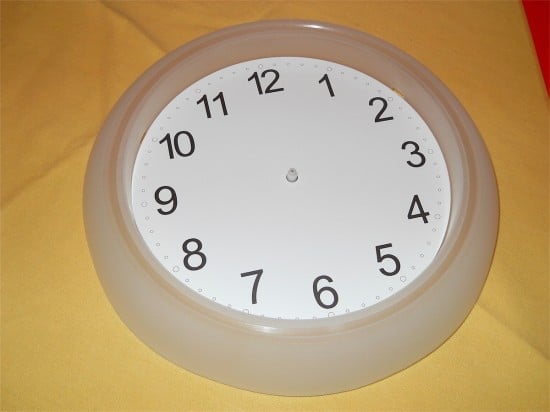 The result – a naked clock. You could already stop here and just stick colorful things on the clock, for example, Collages from magazines or other templates … there are tons of ideas in the internet. 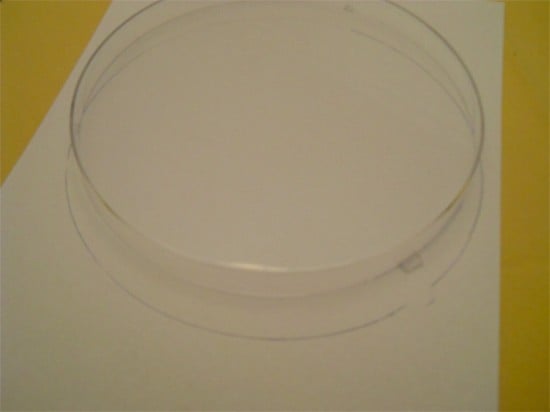 Mostly printer paper is so thin, you can possible see the old clock-face through the new one. To solve this problem it is good to glue a normal sheet over the old clock-face. Use the removed cover as a template. 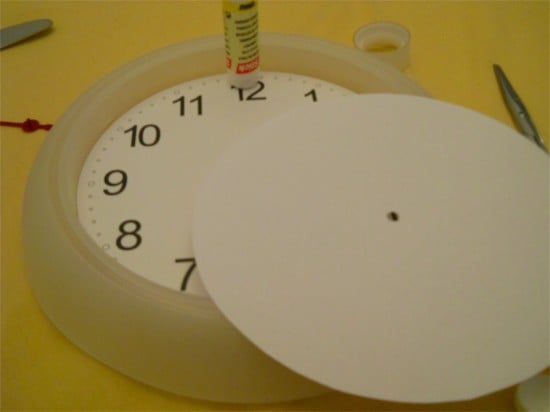 After it is cut out circular, just lay it on the clock and you can mark the center with the tip of the scissor. Cut out a little hole in the center so it fits and then glue it only at the edge. 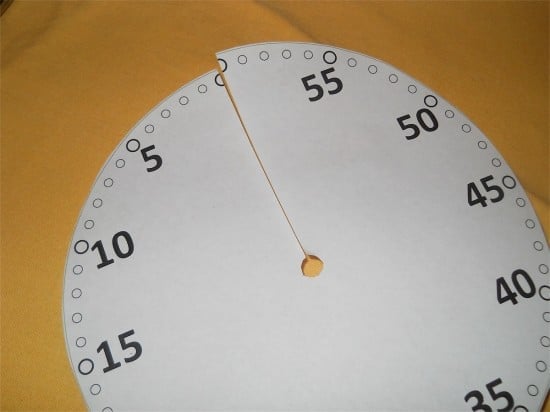 Cut the new clock face printout to the the right size (black borders remaining) and make a straight cut to the middle. Cut out a little circle in the center, so that it fits in the Rusch clock. 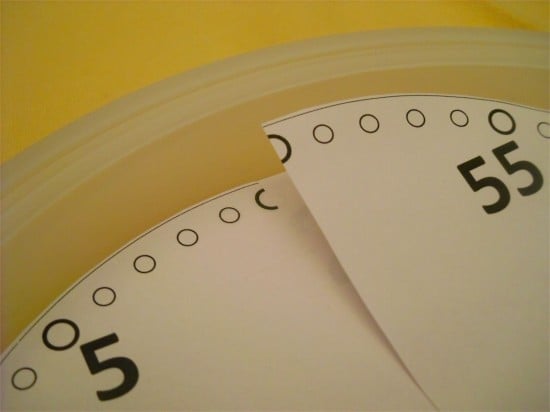 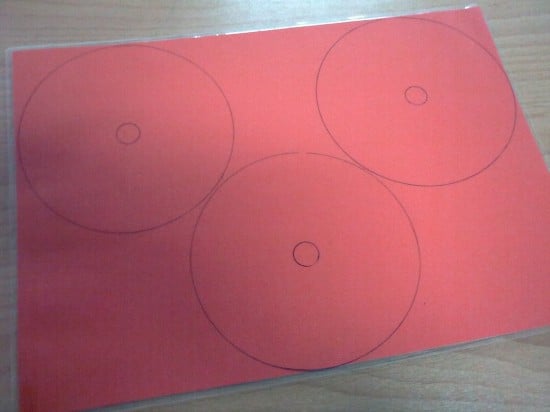 Use a CD / DVD / BlueRay as template. Here you can just see that you get three red discs from a laminated A4 paper. Cut it out. 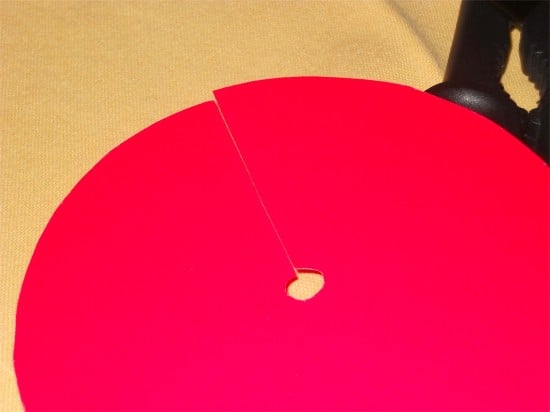 Cut to the middle. 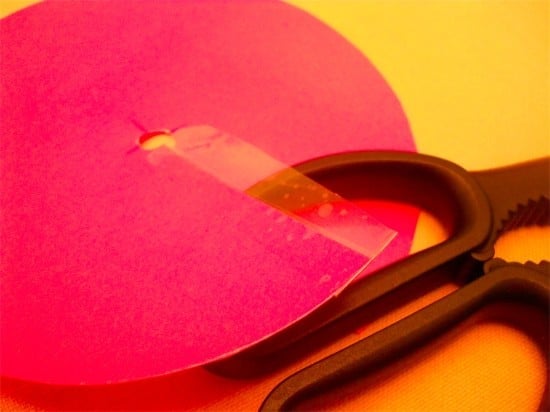 Stick tap on one side of the center cut and again from the backside, so that it doesnt stick anywhere. If need cut sticky edges away. We’ll need that later on, so that the red disc doesn’t slip out every time. 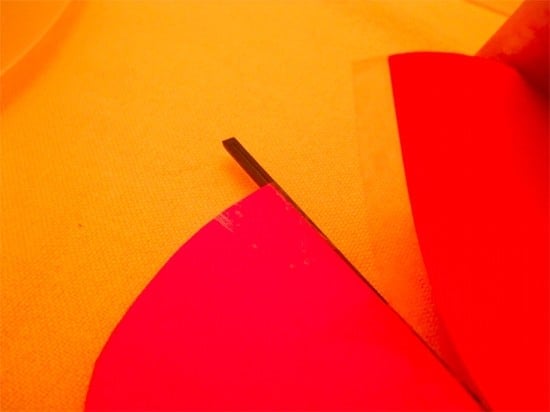 Hard to see: Fix the minute hand (the long black) ONLY in the upper third with two stripes of tape to the untapped middle cut (otherwise the friction could get to high). Make sure, that die mounting point of the minute hand is in the center of the circle. 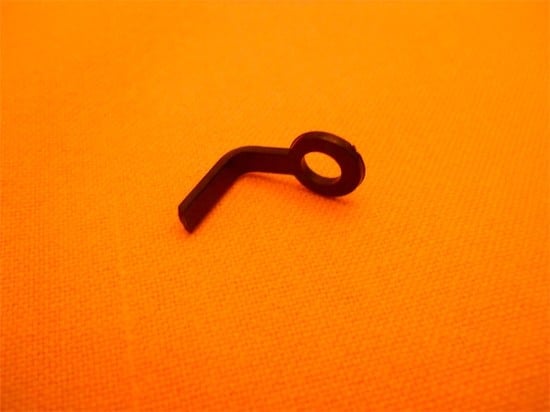 Time to get a little bit brutal. Bend the hour hand to this form and cut to the right height with the scissors then. Height of the angle is a little bit less than the plastic cover of the clock. 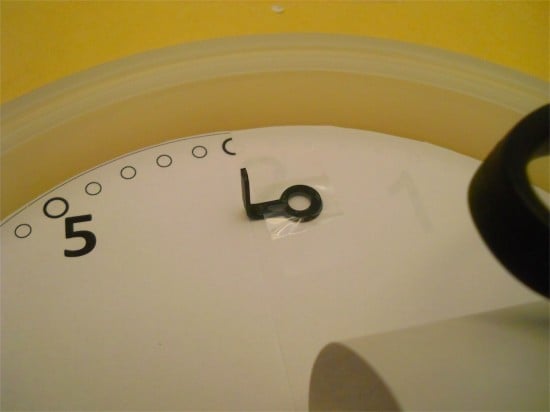 Fix the angle as a stopper with tape. It is a little bit difficult because it has to be the right position (stopping the minute hand but not touching the red circle). 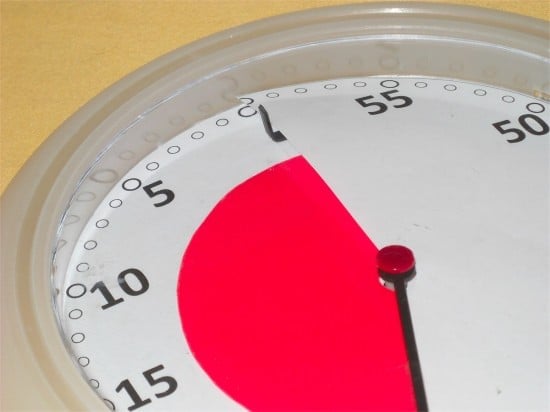 Put in the red disc with the right overlap and then push the minute hand in the center again. Cut the second hand as you like (one sided, or just short both sides) or use another cool ikea hack. The advantage is that you can always see whether the clock is running, once you set it. But it is also visible with the little red disc. You’ve just to watch close enough. 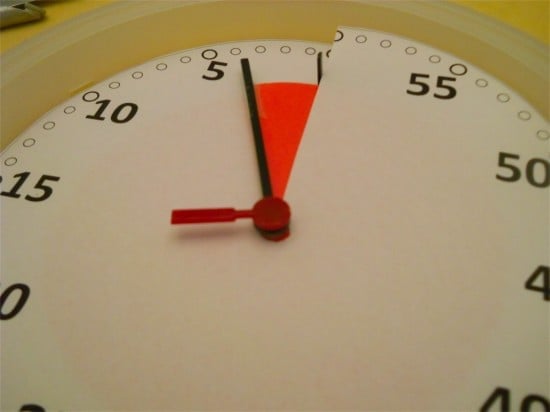 Reassemble the cover and pay attention to correct position of the plastic brackets.

Be happy and enjoy. The time can be set at the wheel at the back.

When the time has lapsed, the clock stops after about 10 minutes, but that will not harm the clockwork.

You should test whether the clock is correct until the end (compare with an alarm clock to see if it grinds at the end and slows). Another difficulty is where the stopper sits. Because this determines how many minutes really pass from the 5 minute mark. Here it is also worth to measure with an alarm clock.

An idea that comes from the comments of Jan-Martin Klinge Halbtagsblog is that you build a magnetic suspension for it. Either a) drilling a hole into the back (very carefully, otherwise you drill the new clock face) and glue in one (neodymium) magnet , also known as super magnets. Then you can attach the clock to iron/steel door frames, fridges or panels – any where they are needed .

You can use the old packing as a simple stand for clock.