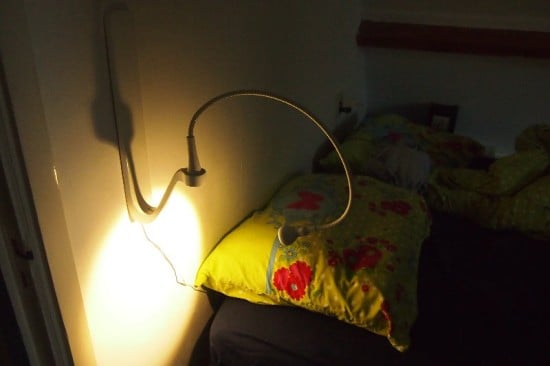 I wanted to make a bedside reading lamp, mounted to the wall. I found that the Knivig candle holder / vase matched pretty well to the Jansjo LED lamp, and merged them!

I took the Jansjo desk light because it has the longest gooseneck. Luckily, the base of the Jansjo lamp is packed separately, so I did not even need to remove it. At first, I tried to see whether I could pull the cable through the vase holder, but it is solid aluminum. The hole I drilled in the candle holding part appeared to be helpful later on when mounting the lamp, as the mounting putty I used is clamped in there. 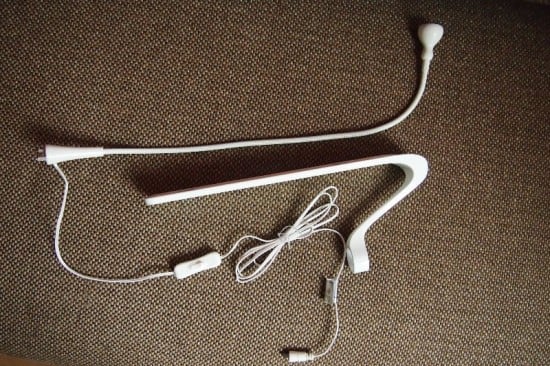 In the wall-side piece, I drilled a 4mm hole (see picture for location) to feed through the cabling. To feed the cabling through this hole you’ll need to cut the leads, and reconnect (solder) them back later on. Do be aware of which wire connects to which, they do have some printed pattern to recognize which lead used to be connected to which other… The lamp was then mounted with moldable plastic (protoplast) in the opening of the candle holder. On the end of the lamp you will find 2 screws, I kept these in place as they provide a good grip for the plastic. 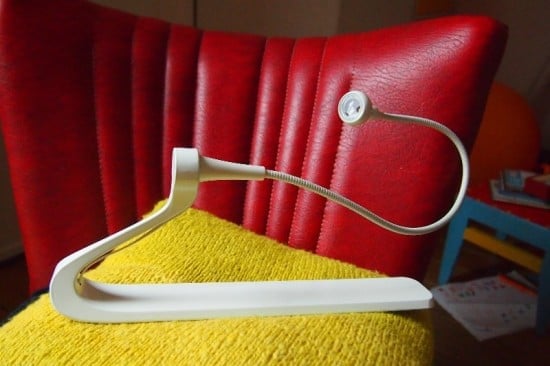 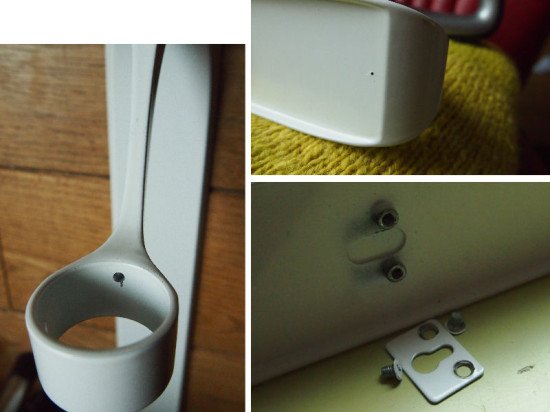 The end result can be mounted in several ways; horizontal, vertical, as a desk light… I had all kinds of weird plans, and the Knivig can be modded to be mounted upside down by unscrewing and remounting the screw plates upside down (see pictures). In the end it is mounted the way it was originally intended, and it works like a charm! It is a good reading light, nice ambient lighting, and it looks really nice and a bit weird!