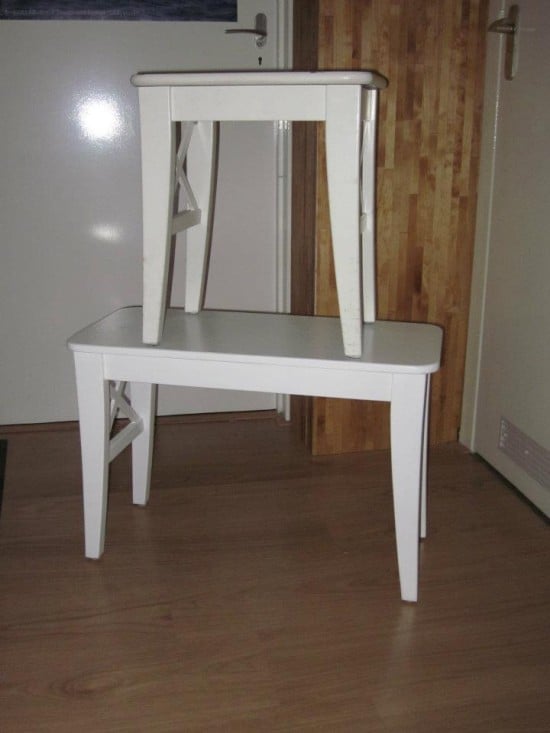 Lately we visited the Ikea here in the Netherlands Barendrecht and they were redecorating their restaurant. That meant a big plus for us as they were selling their used Ingolf stools for € 2,50 a piece in the as-is corner. That meant a no brainer and we decided to buy two. One for regular use and a second one to convert into a wider version so two kids could sit on them. It started a project which turned out to be a tiny bit bigger than expected.

First step was to take the standard Ingolf apart and decide on the new dimensions of the seat. As the height remained the same it only concerned the seat and the railings. 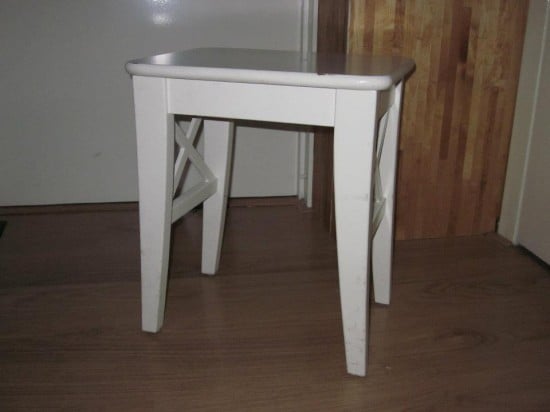 After doing that I took a piece of 1/4″ plywood and cut a new seat, routed the edges to resemble the original seat and made two new railings for under the seat. The railings needed the holes cut for the hardware to fit in and still have the same strength as the original railing. Next came the painting, as the colour of Ikea and my white paint didn’t match the complete piece needed painting, it took two days to have enough layers on it for it to be finished. 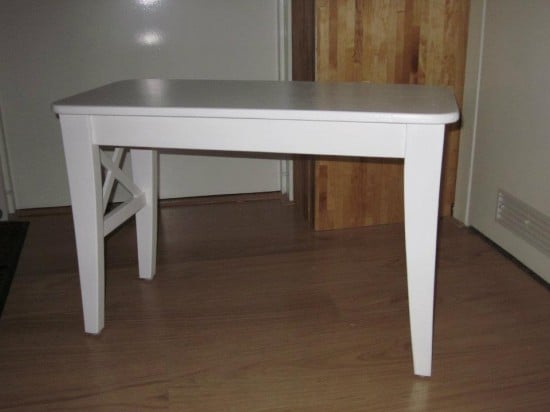 Here is a picture of the old and new together. Hope it gives you the inspiration to do something similar.