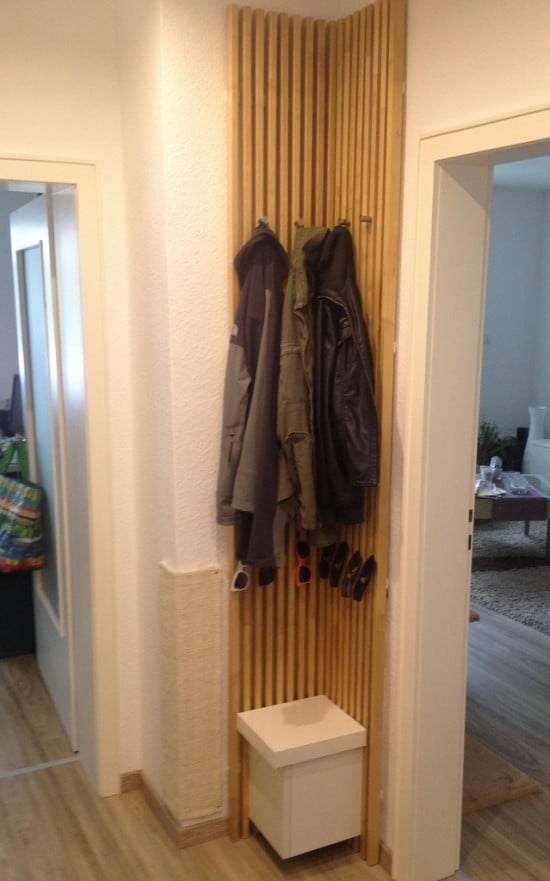 We needed a wardrobe but didn’t really have a lot of space for it. So for months, jackets were just hanging on door handles and other inconvenient places. I had this idea for a Mandal based hack quite a while, but only executed after I found one of these headboards used (as new) for half the original price.

1. Removed the center lath and cut the metal bars next to the holes.
My original plan was to use that hole to connect the two halves, but then decided to add the wood bar back, since the space for the wardrobe allowed the uneven width. Turned out to be a great fit later on with the shelves. 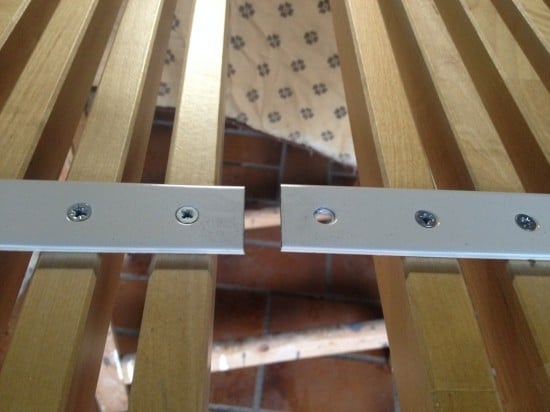 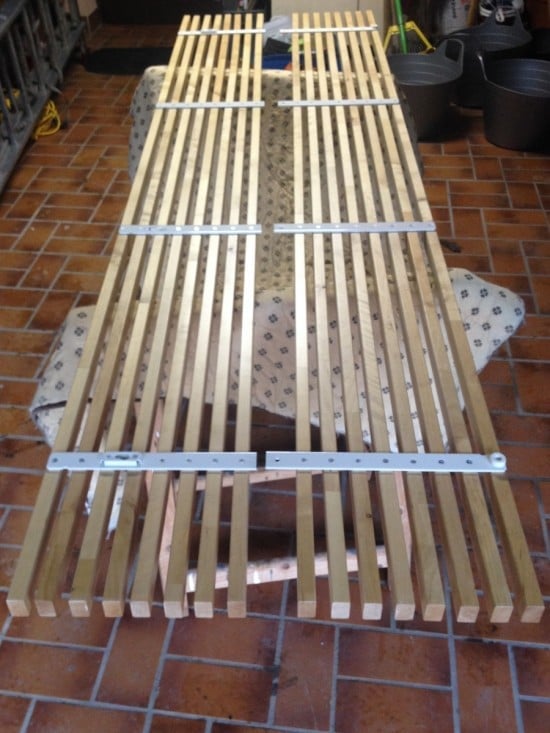 2. Drilled 2 additional holes in each of the (later) top metal bars.
3. Added rubber feet I had in my toolbox to get an even distance from the wall and protect it. 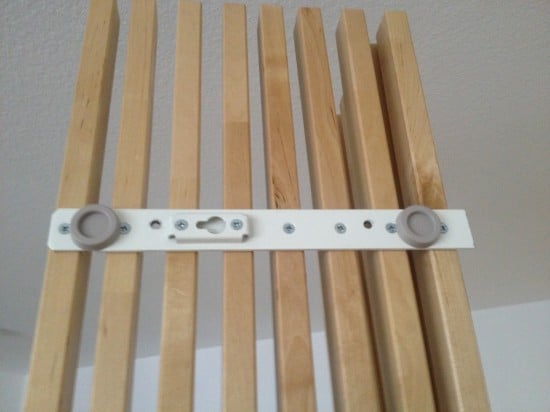 4. With metal brackets, connected two of the original shelves to form a 90° angle. 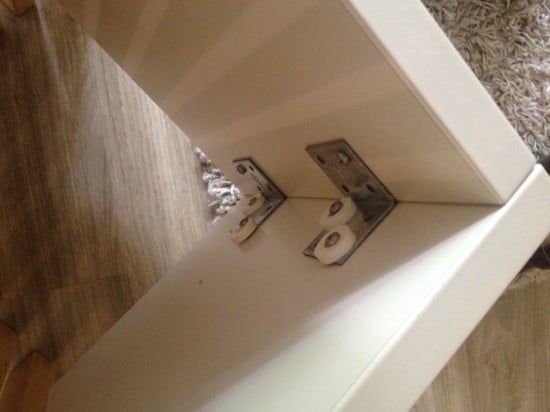 5. Used the original attachment with the bottom metal bar to connect the two halves, in the second space. 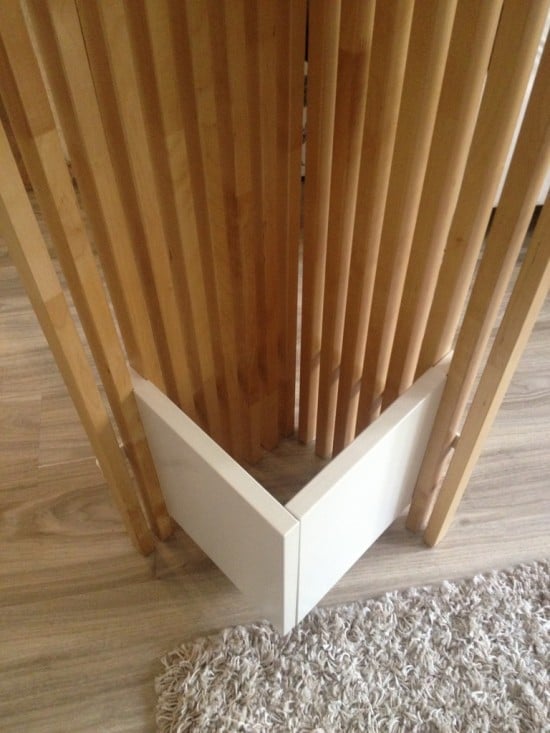 6. Screwed the whole thing to the wall, through the holes added in (2). It is still standing on the floor with its main weight, so some felt pads were used on the bottom to protect the floor and the baseboard.
7. Added a small LACK shelf as a, yes, shelf. Perfect size due to the uneven number of bars! This one attaches with two screws which fit on the second bar from the right / left. Lucky me. Weight is also supported by the “shelf box”. 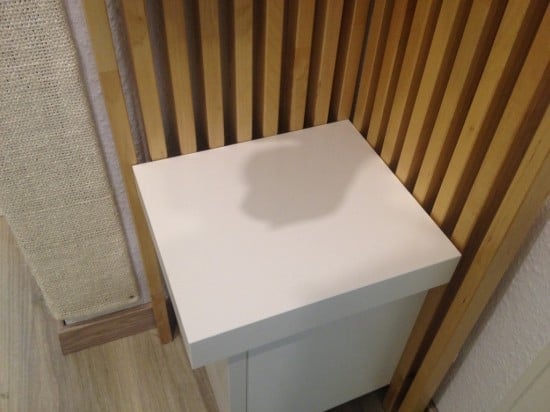 Now thinking about steel handles (LANSA?) for the sunglasses collection and something decorative for the top part.