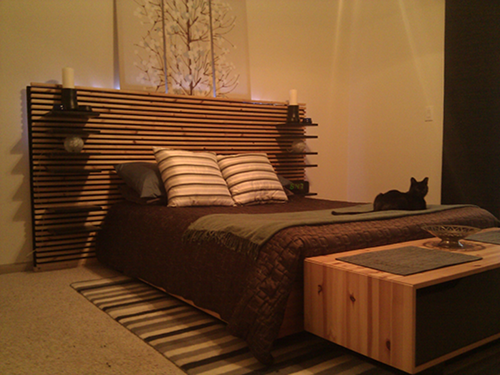 Description: I like the MANDAL headboards, except for three things:

1. A single headboard looks too short above the MANDAL bedframe.
2. The spacing between the wall brackets don’t match standard stud spacing in American homes.
3. The black metal brackets stand out, especially against a white wall.

I fixed all three issues by mounting 2 headboards to a wooden frame with a black backdrop, which is then mounted to the wall. It also left room to place some LED Christmas lights behind the plywood for ambient backlighting.

Instructions:
Assemble both MANDAL headboards, except don’t attach the wall brackets to the wall. Space the shelves sensibly since one headboard will be above the other. I used 4 shelves on the top headboard and only 2 on the bottom.

Prepare the black backdrop. (I had the hardware store cut a larger 1/4″ plywood panel into four 2ft x 4ft sections to fit in my car.) Paint one side of the plywood black. Don’t forget to paint the edges since some of them will be showing. Technically, the backdrop should be a little more than the full width (240cm) and double the height (124cm) of a single headboard. 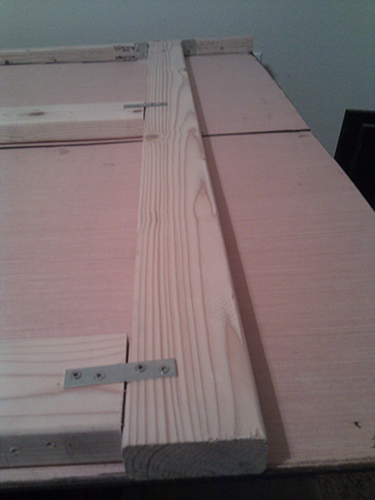 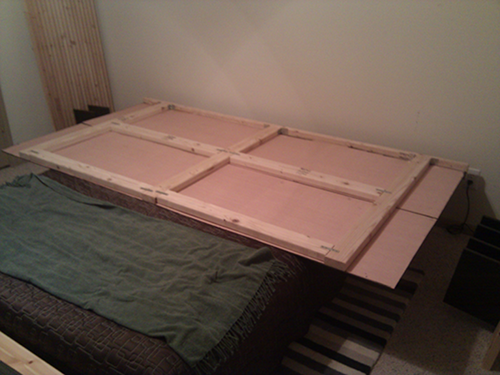 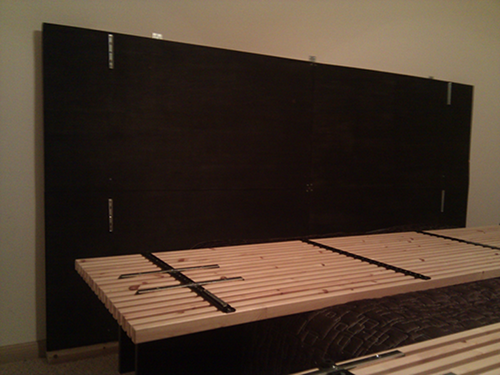 Create a frame to mount the backdrop and headboards. I made a (very crude) box structure out of 2x4s by screwing them together with metal brackets. The center of the main supports need to be ~77 inches (~196cm) apart so the MANDAL wall brackets can be mounted to them. (You can measure the distance with the assembled headboards.) I started with the bottom board, laying it flat on the floor so the frame can more or less stand on its own. 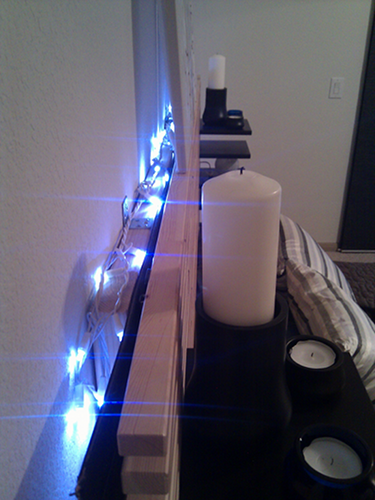