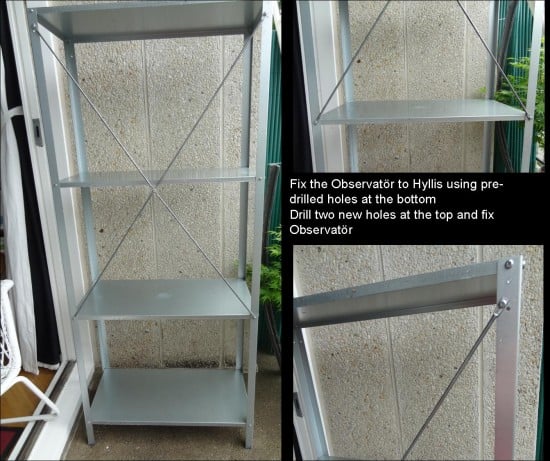 The hack was in two steps at different periods.
1. I liked Hyllis because it’s super cheap but when assembled, I realised it might need extra fixing so I used two pre-drilled holes to fix an Observatör (1m) along with a shelf and I drilled two extra ones just for the top of the Observatör. It really changes a lot the stability.

I really tried to use 4 pre-drilled holes, the ones which are used for the shelves, but it put too much pressure to the Observatör.

2. During a second reorganisation of my terrace, I thought Hyllis was too high. So I cut the 4 feet which was easier than expected. Well…the cheap metal quality helps for this 🙂 I re-fixed the plastic protection. Then I drilled new holes to fix the 4th shelf (which was before at the bottom). 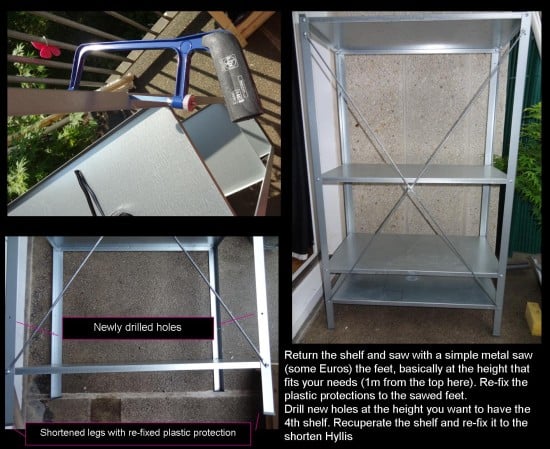