A place for my bike 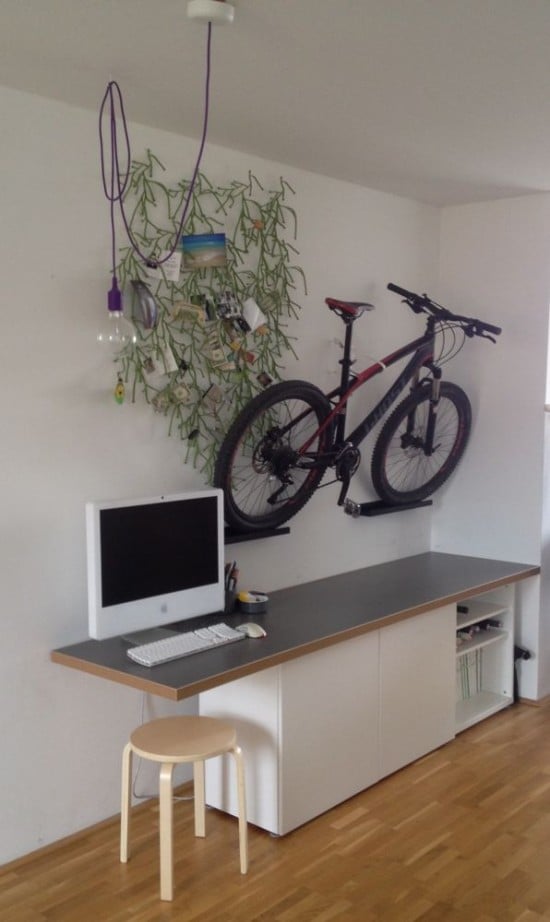 In order to create a space which could double as storage for my bike as well a place for my iMac, I mounted a regular kitchen countertop on top of some BESTA shelving units. The height fits perfectly. In order to give the countertop a “floating” look, I used a simple plywood board as a spacer (depending on the thickness the height can be adjusted) I used stainless steel screws with drill head, cause the countertop material is rather robust. The tip on fixtures are mounted at the bottom, so the doors can be opened by a gentle push with my foot 🙂

For my bike I mounted two RIBBA picture ledges to the wall, to hold the bike I simply used a nylon rope which has a carabiner at one end, so it’s easy to hook it to the eye. It works for every type of bike, the smaller the handlebar is, the less space you need. I used the small picture ledges, which carry up to 5 kilos, so officially the bike should weigh less than 10 kilos – but I guess this construction could support heavier bikes as well (but no guarantees that it will hold).