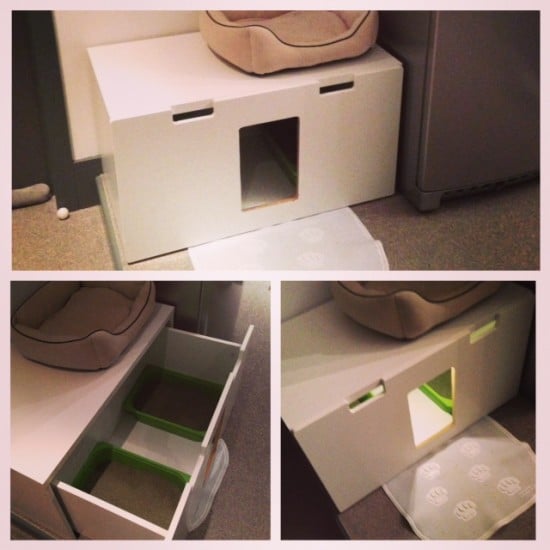 Hi there, just thought I’d share my IKEA-hack litterbox project to your site. I needed a litterbox big enough for four cats so I checked out my local ikea and came up with the following:

I took a STUVA storage bench and placed two green TROFAST storage boxes inside and cut a rectangular hole in the front panel, about 19cm by 30cm. And rounded out the edges for a softer look. Pretty fast build actually, for added flair I mounted an IKEA automatic battery powered LED light in the ceiling of the bench itself, so it turns on when a kitty walks in. 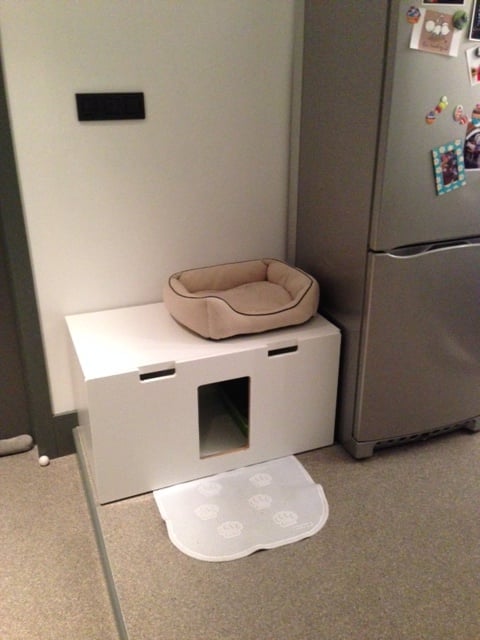 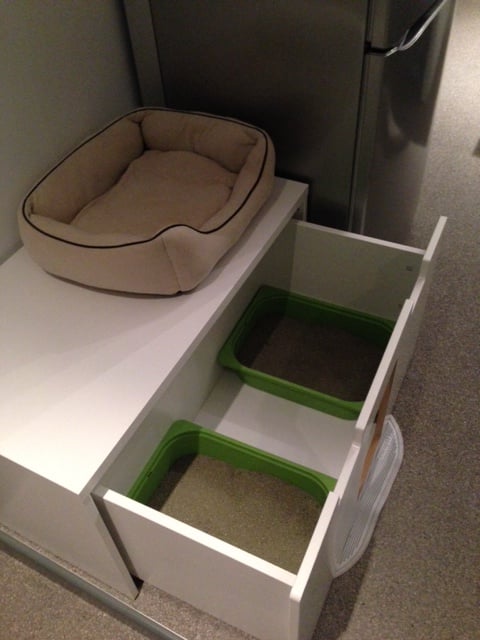 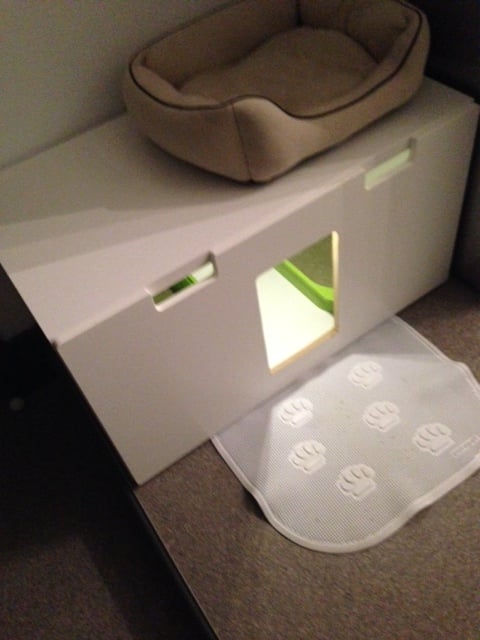 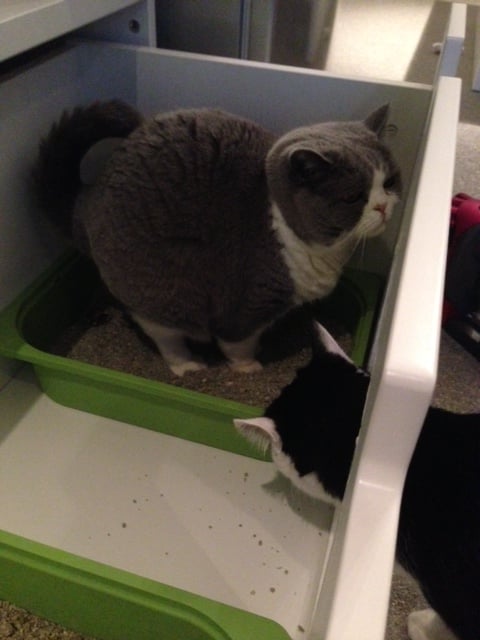 If you have any more questions don’t hesitate to ask. In the photos, you can see one of the litterbox in full use by my british shorthair called Florida while my rescue called Vegas is next in line.

Bert and Ellen, and Florida, Texas, Vegas and Denver, Belgium