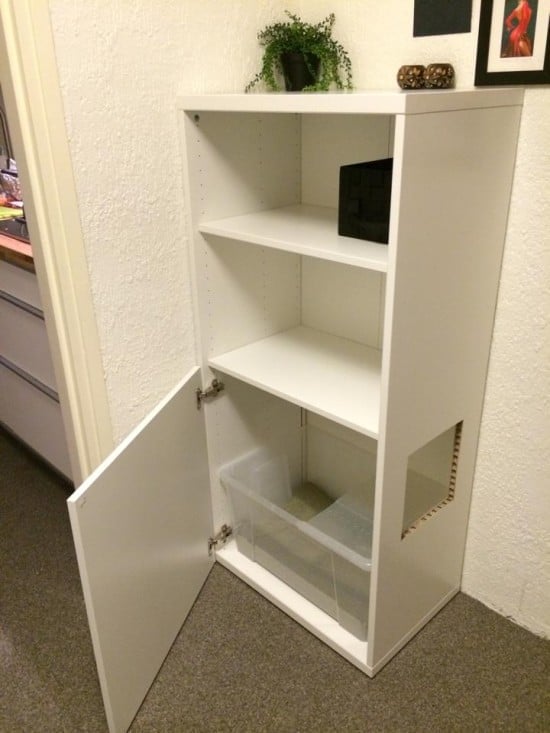 I’ve used Samla boxes (65l) before to make a litterbox by cutting a hole in the lid so the cats have to enter through the top, leaving no litter around the box, standing in the guest room. Lately I’ve been having guests over more often and wanted to move the litterbox to the hallway, but hidden.

So I bought a Besta 128 cm in height (you can use a higher one of course). the lower Simla box that fits perfectly in the Besta (if you remove the backplate by cutting it in half and only use it on the upper part using nails) Make sure you level the cabinet before nailing the backplate to the shelves!

I’ve used a 64 cm door because I wanted to have the shelves open. You can use a bigger door, of course. I’ve cut a opening on the side an cut the lid from the box to 1/4 of its size. So it makes a little platform to make it easier to enter. 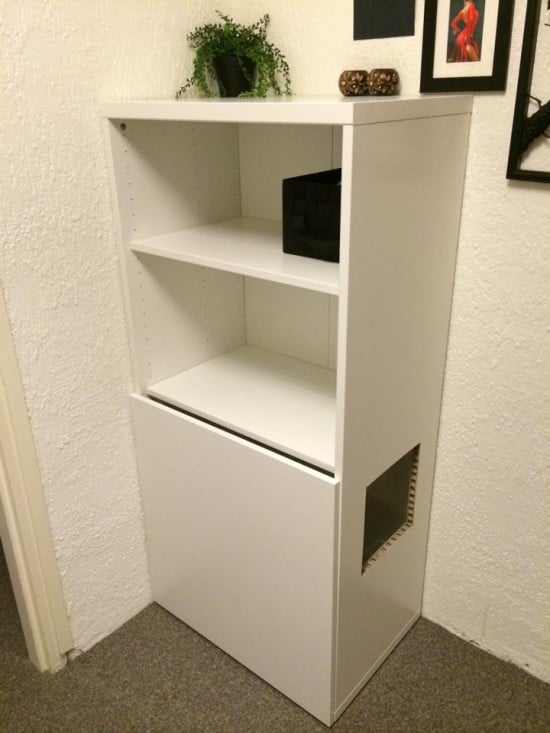 I’m pretty pleased with the result, although I still have to find a solution to make the opening prettier (as the boards aren’t solid). I hope you like my hack!