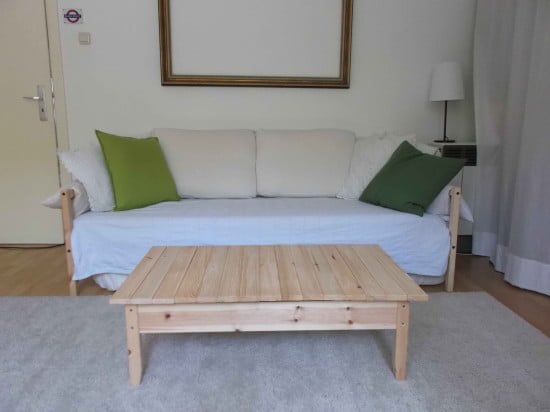 1. I assembled one bedframe with two Headboards.

2. I took off the upper bars and removed all six decorative strips from both headboards.

3. I cut three of them in half drilling new holes in the cutted ends.

4. I reassembled the headboards and drilled new holes for the upper bars and screwed them in, after that I cut the high poles down on the soon to bee front of the Sofa. 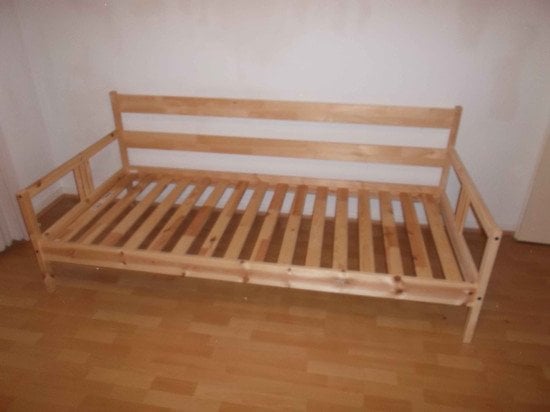 5. I then used one of the short legs as a template for drilling new holes into the Poles for the other two sideboards which became the back of the sofa. 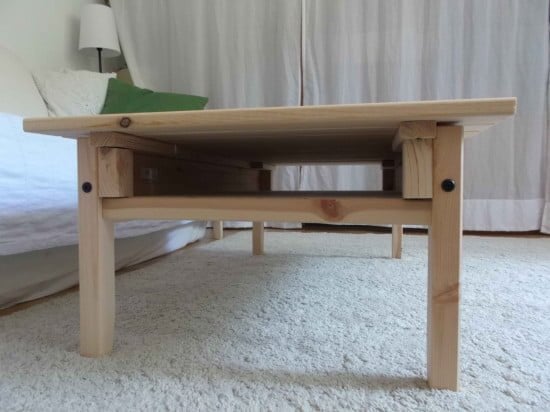 1. I assembled the two footends of the bed frames.

3. I cut 20 cm off the 16 Lade strips, after that I split one strip lengthwise and fixed 9 strips to it. 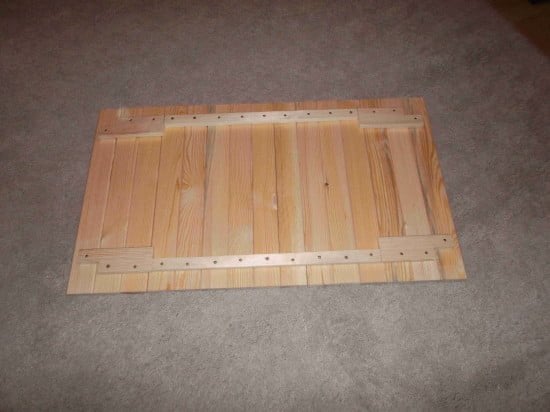 4. I used four 20 cm leftover pieces with cut out bits for the legs as fastening for the three strip wide sides of the table.

5. I used the pole leftovers for attaching the three strip wide ends of the Table to the legs.

6. I used a piano hinge to attach the tabletop into the middle. 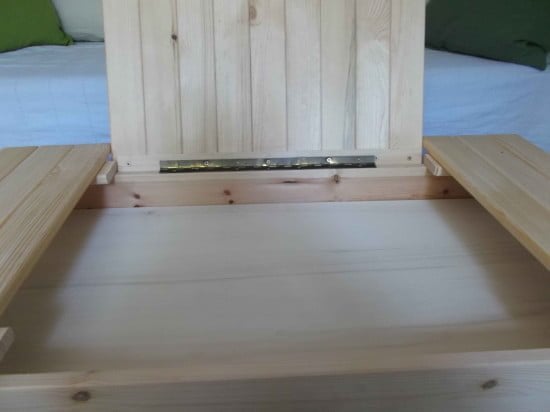 7. I screwed a board under the table into the pieces connecting the tabletop to the legs thus creating a compartment accessible through the tabletop.