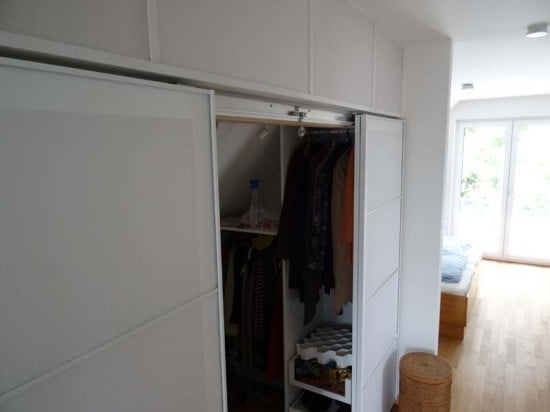 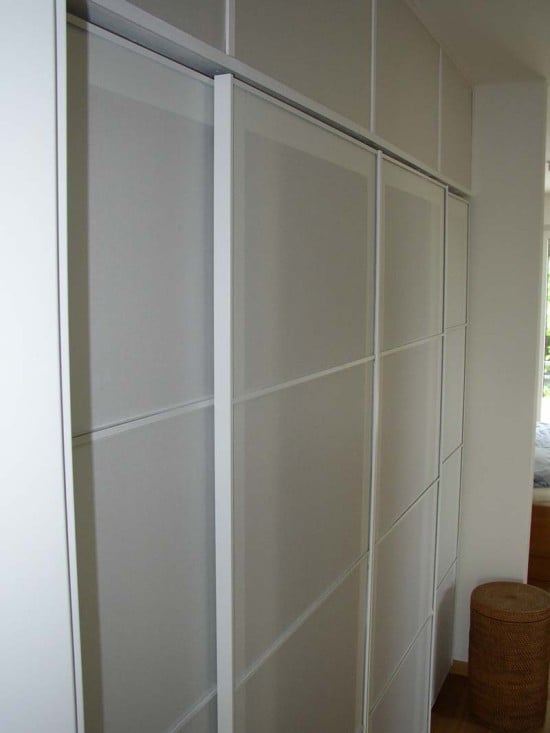 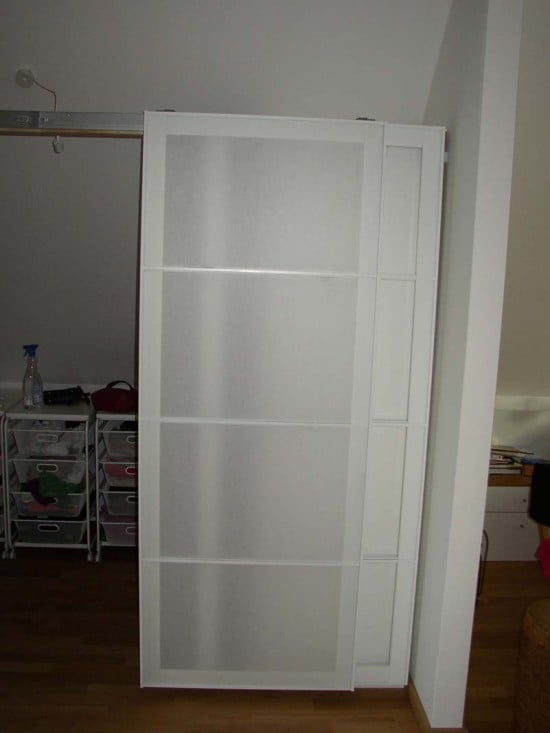 Inspired by some works in ikeahackers.net I decided to build a walk-in-Pax, using two 60cm Pax standing oppositely with their openings in a niche which is 2,70m width.

I also bought two PAX sliding-doors of 1,50m each and a height of 2 m. In order to fasten the doors you have to imitate the opening of a Pax. I used some wooden beams to connect the cabinets on the left and right side and narrow boards which are 18mm thick. 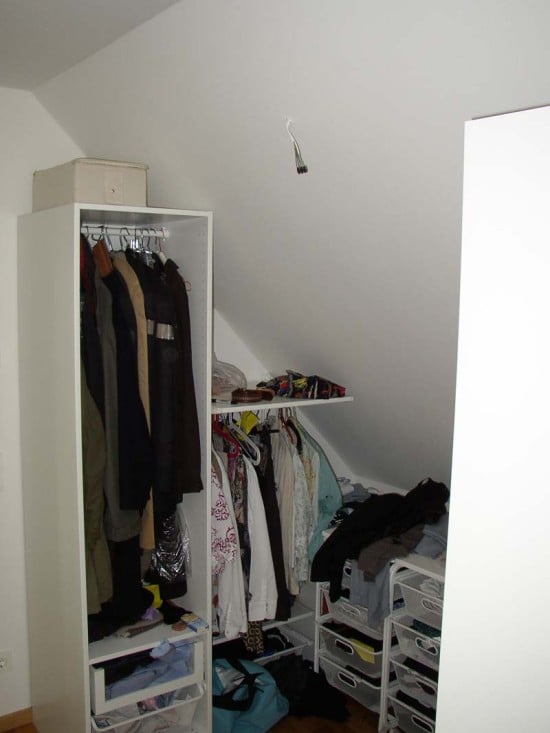 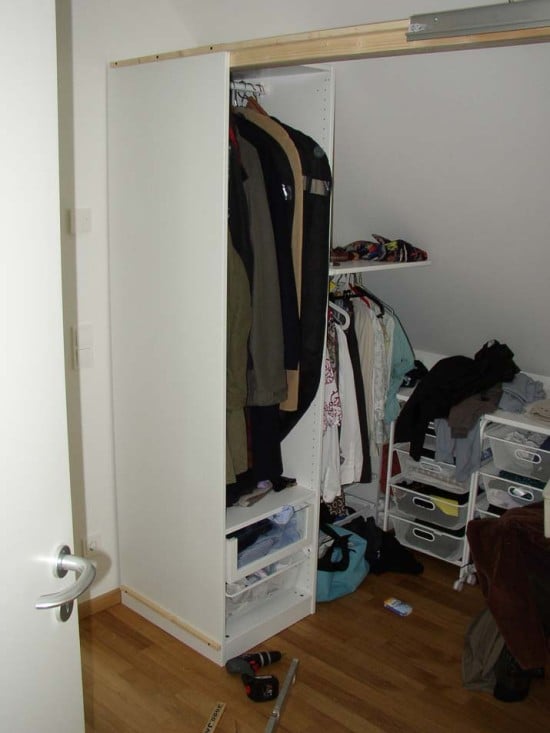 Then I shortened all rails: the upper ones each of 1,35m, the lower ones to 70cm and fastened them on both sides as far out as possible. (The doors overlap a little bit, but this looks fine). Thus the doors can be guided in the lower rails at least with one arm, but the entrance is free, it is possible to walk in without climbing over obstacles. You don’t need to fasten some rails on the floor! 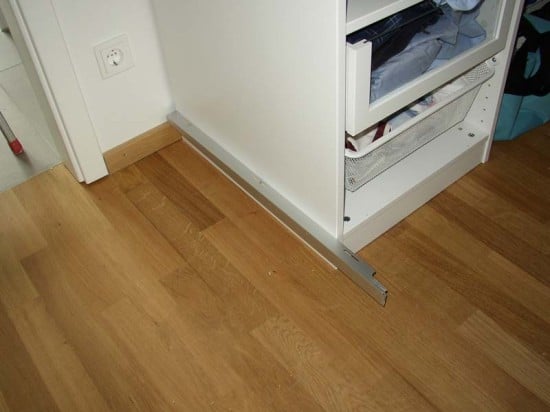 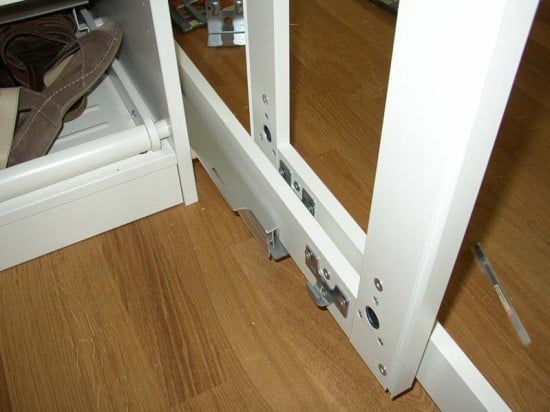 I wanted to keep the doors light, so I used as window pane Japanese “Shoji” Paper. It looks really good, light and bright. I closed the hole between the doors and the ceiling with a light and simple wooden construction, therefore I also used shoji-paper.

I love my work, it really looks great – and it even was rather cheap.