An updated version of this hack that’s more permanent. That hack required lining the box with plastic – this version recycles other parts of the box, using nothing but glue. 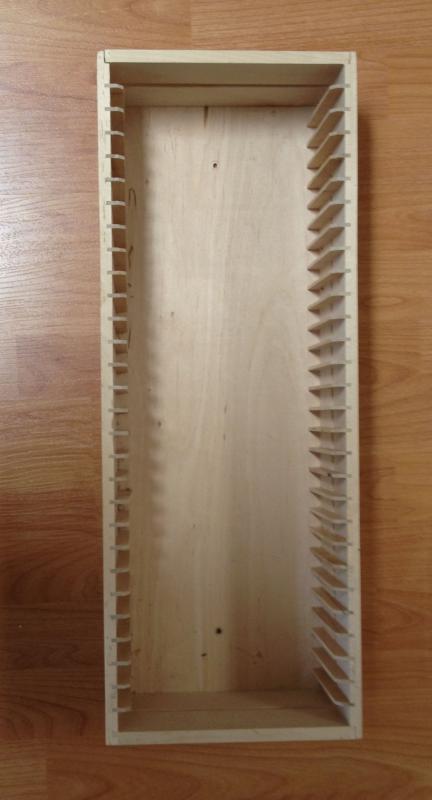 Step 1: Using pliers, break off all the little slats that hold each DVD. They snap off easily. Try to keep them as whole as possible for Step 3. Don’t pull them out completely – they’re holding the box together.

Step 2: Sand the inside of the box along the gap. Get it nice and flat so you can glue evenly. If you want to be especially nice, sand inside from the opening down to the gap. Below the gap will be covered by dirt, so who cares.

Step 3: Glue those slats you broke off in Step 1 on the inside of the box to cover the gap so dirt won’t be constantly oozing out of your new planter. I tried both gluing horizontally along the gap and breaking the slats into smaller pieces and gluing vertically. Both worked fine. The slats are easy to break into smaller pieces with pliers.

Step 4: After the glue is dry, paint or varnish inside and out, especially if it’s going to be outdoors. Painting the inside and having the outside plain gives a nice pop of color.

Step 5: Add soil. Voila! Your plants will be so happy.