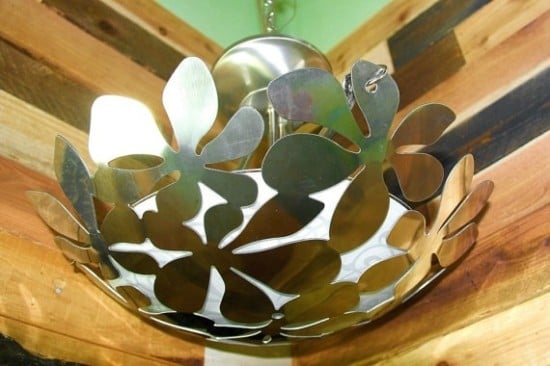 I love the IKEA Stockholm bowl and I wanted to make some sort of a lamp with it since that’s, well, what we do.

I looked everywhere for ideas, but did not find much. It is just too pretty of a bowl not to find a way to use it so I thought, a Hanging lamp.

I had a lamp in my kitchen that shows off a beautiful stain glass via a hanging shallow bowl, and the idea was born. We could do the same thing with the Stockholm bowl.

At Habitat for Humanity I found a hanging lamp which was very inexpensive (about $20). We replaced the milky, but boring hanging bowl with our Stockholm, after drilling three holes in the ends the support with chains. 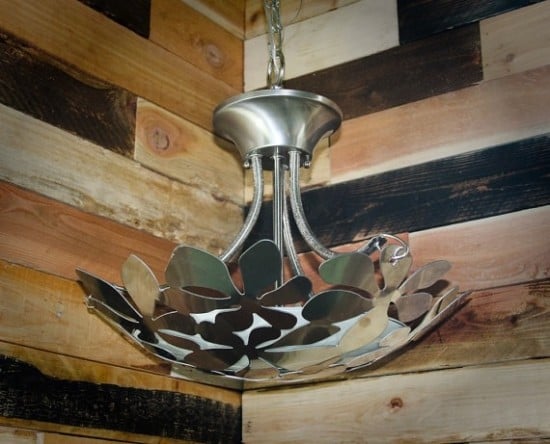 We quickly found that something would be needed to filter the light through, as you don’t want the three light bulbs that are attached appearing through the bowl slots.

After little bit of searching we realize that a ceiling globe would be perfect. For $10 we found a simple one to use at the hardware store.

The globe already had a hole in the center, but we had to drill one more hole in the Stockholm bowl so that we could attach the ceiling light.