For my Music LED visualiser, I used a matt white IKEA LACK table (mainly as it was the cheapest!) and hollowed out the inside.

My plan was to create a matrix out of white laminated hardboard. I used the electronics from an Adafruit kit, and added 128 LEDs to make the display super large and colourful! 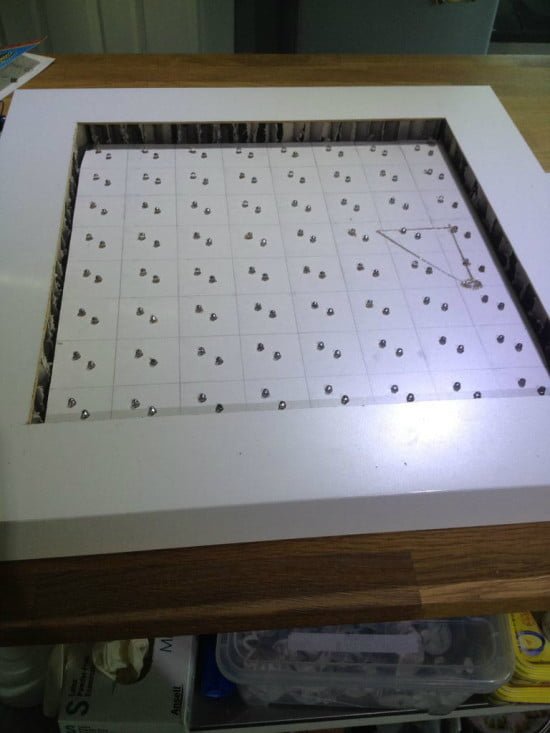 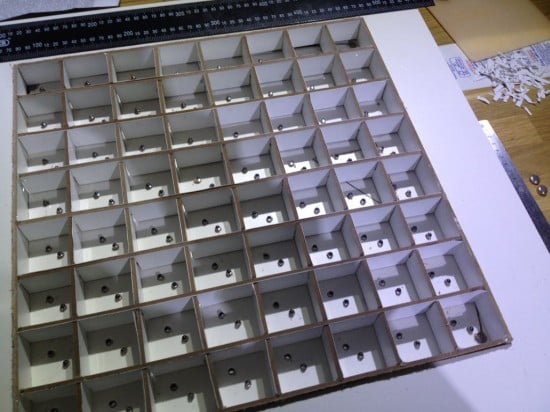 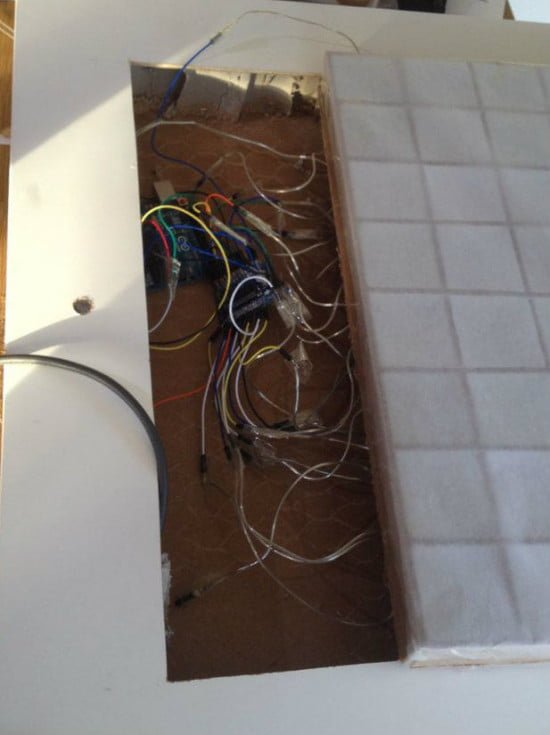 Really, I wanted to make a full Arduino Tetris table. 🙂 I had most of the spare parts and wood available to make this, so that’s what I did. Hope you like the end result. 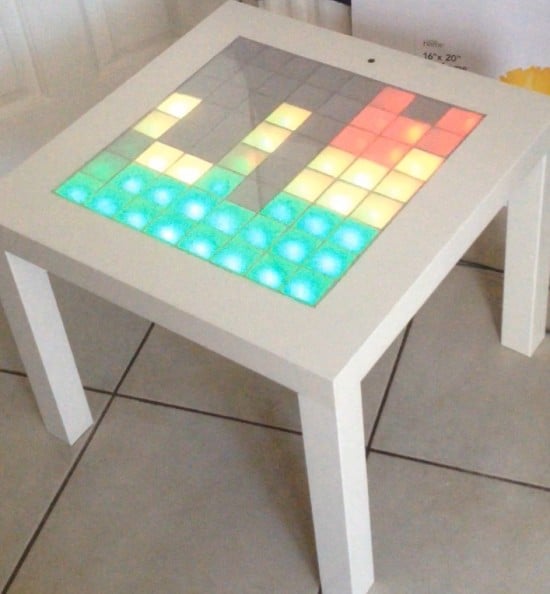 The full instructions for my Music LED Visualiser can be found over at Instructables.