How to hang a Besta Burs wall shelf securely 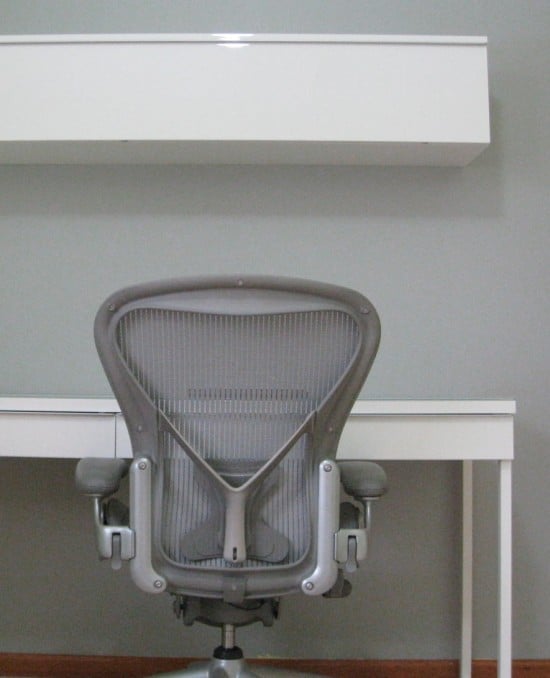 The Besta Burs wall shelf is cool and modern and matches the Besta Burs desk perfectly. It would be great as an enclosed book shelf, BUT there are only three places to attach it to the wall, and of course they don’t line up with the wall studs in American homes. The shelf weighs 50lbs by itself and when full of books, it’s too heavy to hang on the drywall with hollow wall fasteners.

The solution is to buy a couple of 4″ steel corner braces (Home Depot, probably elsewhere) and attach them in the upper corners of the unit (see photo). Amazingly, the two upper pre-drilled screw holes end up PRECISELY 64″ apart, exactly the distance across five wall studs. There will also be a stud directly behind the center partition, so you can use the supplied IKEA angle bracket, but you must drill a hole through the bracket close to the center partition and angle the screw slightly to hit the stud (see photo). 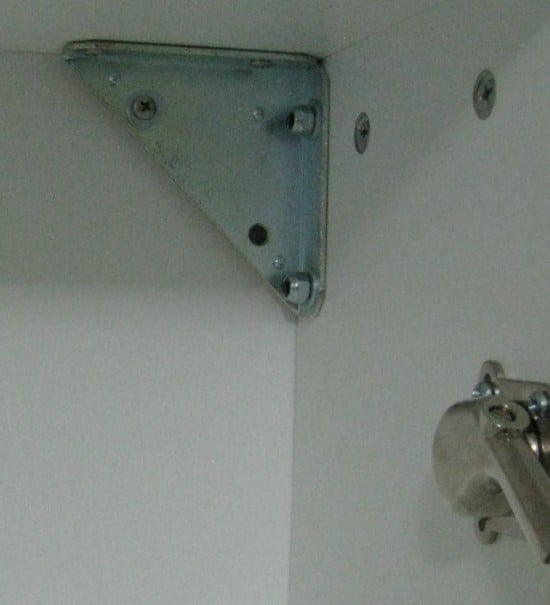 With this approach, the unit is still suspended from the two vertical sides and center partition, just as IKEA intended. To attach the corner braces to the unit securely, I decided to put two bolts per brace all the way through the sides of the unit. OK, they are visible from the outside, but I used nice-looking 1/4″-20 furniture bolts (see photo), which I bought at a local hardware store. Furthermore, I didn’t put the braces all the way to the back of the unit, but brought them forward a quarter-inch in order to move the bolt-holes away from the back edge, about in the same place as the pre-drilled holes for the IKEA mounting brackets. This insures that the edge of the particle board sides don’t break off under the weight. I put a piece of 1/4″ plywood behind the corner brace so it wouldn’t bend when I screwed it to the wall, using 2.5″ #10 screws.

This may not be much of a hack, but at least it’s nice to know how to hang the unit simply and cheaply and know that it won’t come crashing down in the middle of the night.