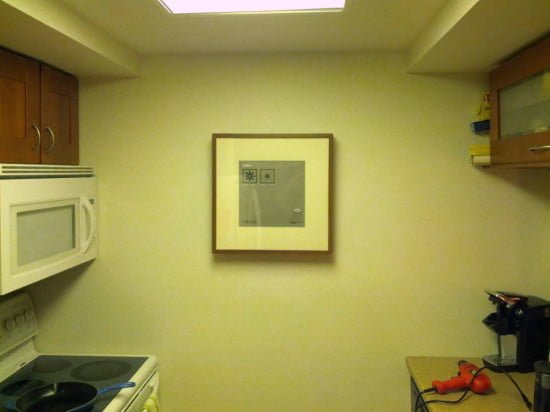 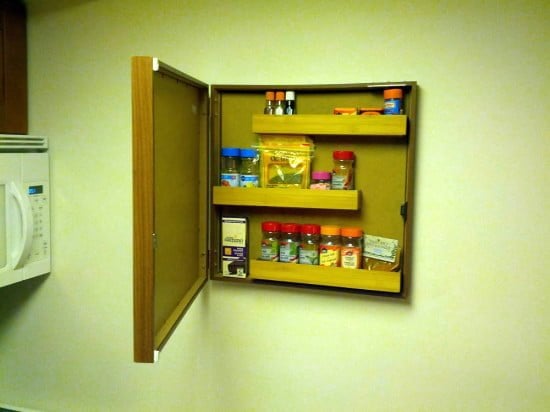 The RIBBA picture frame is a hacker favourite because of its depth. I put two of them back to back and turned them into a stealth spice rack.

The front picture frame is mostly unaltered, except for where the hinges and magnetic catch are attached. The rear frame was gutted, and the backing MDF was nailed, screwed, and tacked to the outside “front” (hey, I was experimenting). This side is the back of the completed rack.

The spice trays are bamboo cutlery boxes sawed in half on a table saw. I drilled holes in the bottom and used machine screws to bolt them to the L brackets. The other leg of the brackets is bolted to the aforementioned MDF back through more drilled holes.

I used several layers of FIXA furniture-leg pads to stand the completed rack off of the wall somewhat, because the machine screw heads were touching the wall otherwise. 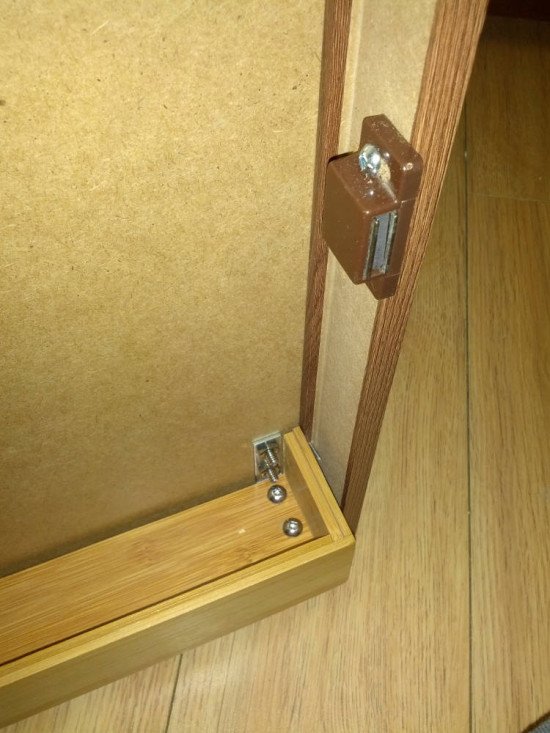 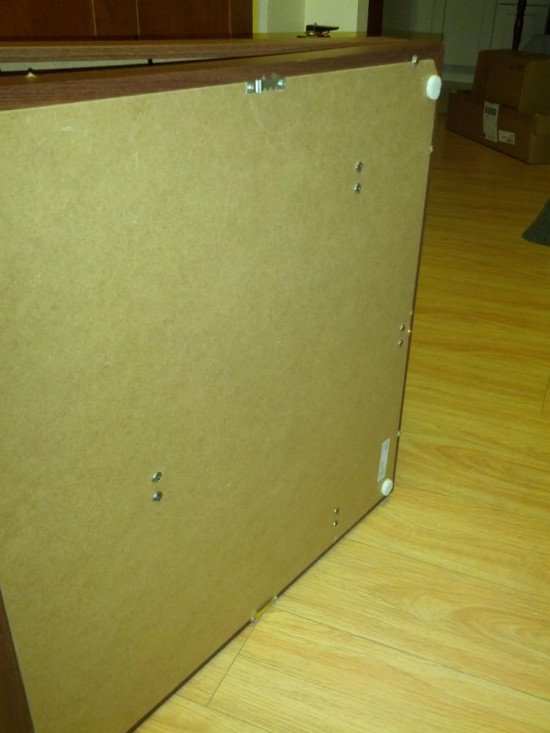 I used one picture hanger in the top center, and found that the rack tilted to one side once the door was opened, because of the unbalanced weight. I put a second hanger in the bottom center and that helped keep it anchored. If you try this yourself, you may prefer to use hangers in the two top corners instead.

The weight of the front picture frame is also a factor when the door is closed, and it was pulling down to the right. I attached a mending plate to the inside of the rear frame, so it would support the front frame when the door is closed. You can (barely) see it in the picture with the spices in it. You can’t see where the screws I used were a bit too long and marred the top of the frame. (Good thing nobody looks at the tops of picture frames!)

This makes for a convenient place in my kitchen to store spices that doesn’t take up counter or drawer space. Now I just need a picture to display in it. Or, maybe I’ll go through the archives for another RIBBA hack to supplement this one with.