Got this on the opportunities section, at half price. Shuffled it around never quite finding the right place for it. Then I remembered to use it as Gaming Console Stand. Searched the web and found out it’s mostly hollow so you can pass all necessary cables, and it’s supposed to be hanged on a wall so weight wouldn’t be an issue.

So here it is in my home office/play room: 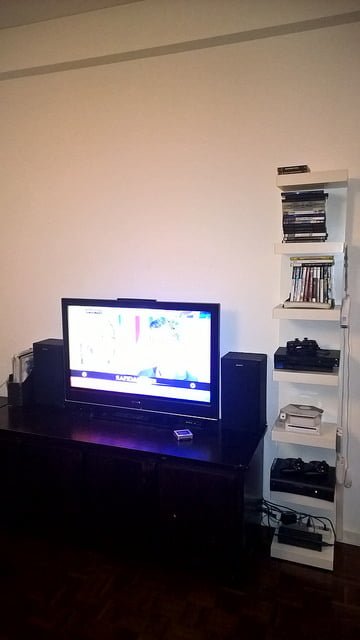 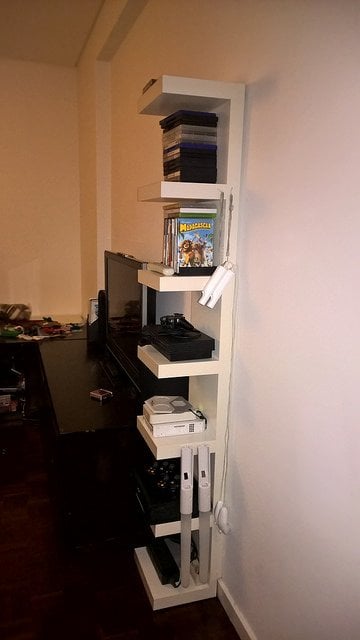 Some detail of the cutting work: 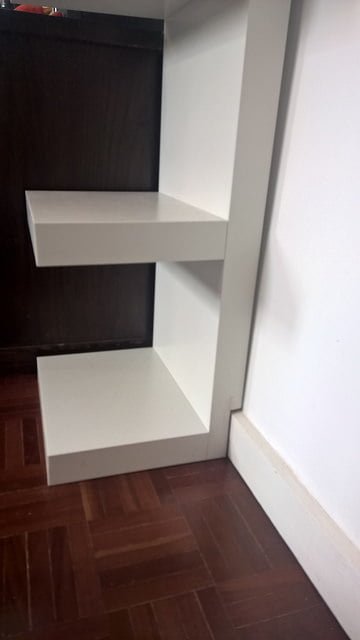 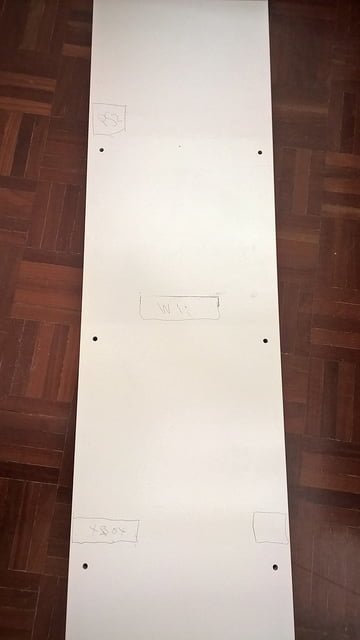 Around the middle it has a reinforcing beam, so you can’t pass the cables all the way, but some cables won’t be long enough to come out through the bottom and back up to the tv/switch/etc anyway, so I just drilled a hole in the back, above half height to feed them in.

Initially it had the Wii, PS2 and XBox, but I later added the PS3 that was on the living room as well, when I found I could also fit the seat with the G25. But that’s another story/hack, maybe I’ll publish that when it’s properly finished 🙂 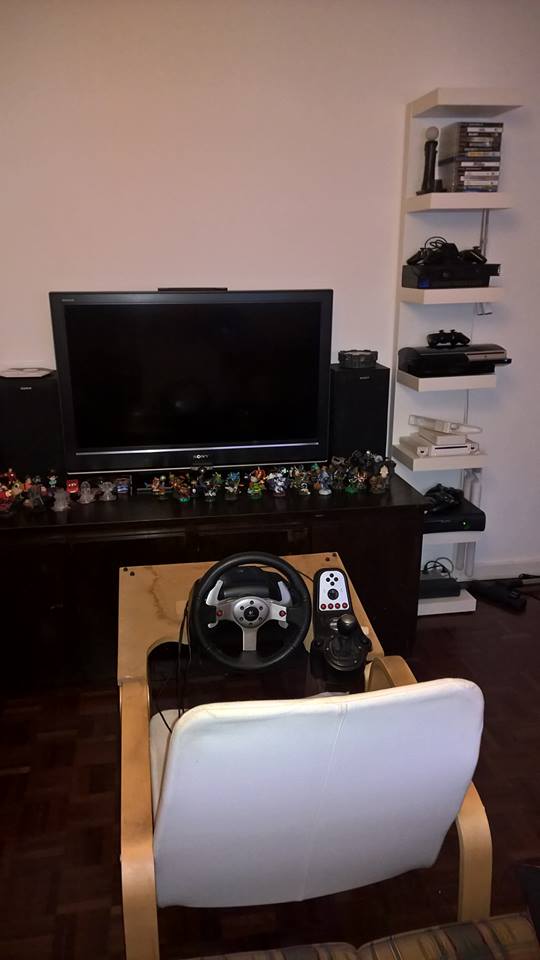 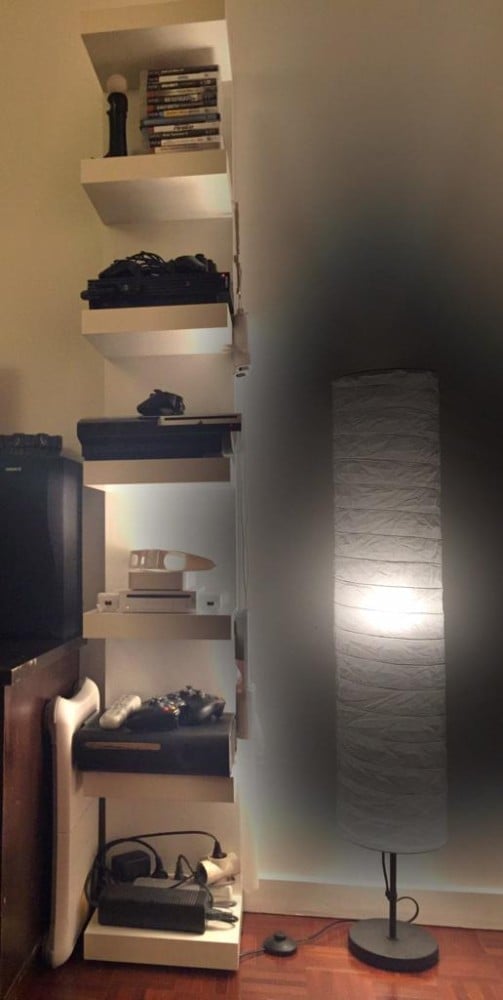 I still want to cover the power cables, but it’ll do for now. Also looking for another one for the left side, to place the games, and I’m likely gonna get a small Lack over the TV as well.