An illuminated side table: A LACK and DIODER hack

First posted hack with hopefully many more to follow! I live 5 minutes from the Orlando IKEA so I have a terrible habit of going there just to kill time and the as-is section is always my first stop. Today I went to find parts to build a small night stand for my bedroom and ended up buying parts for something for my living room — an illuminated side table. 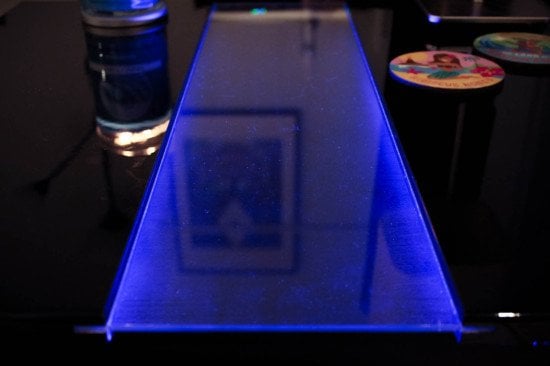 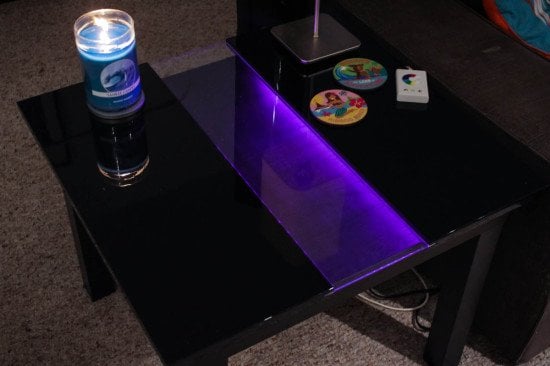 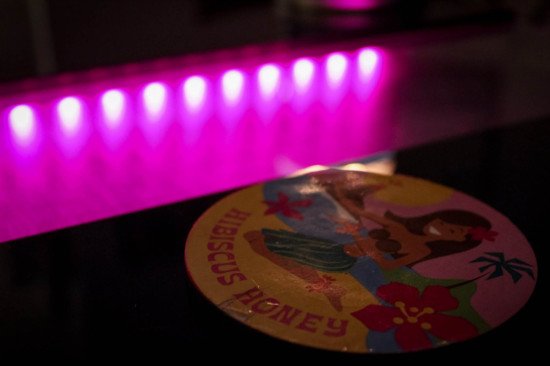 I grabbed a returned Lack side table and a Bestå Tofta door that was a display for $10 total. Had the idea that with some Dioders I had laying around I could do something cool.

Things you’ll need for an illuminated side table 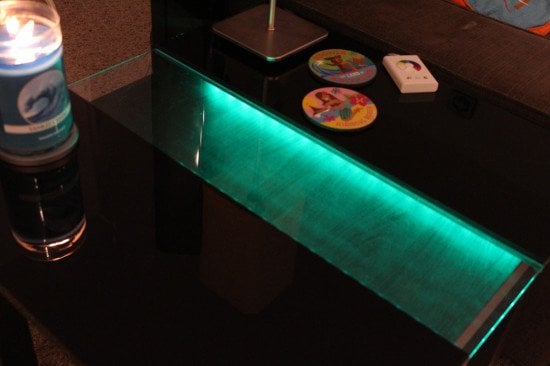 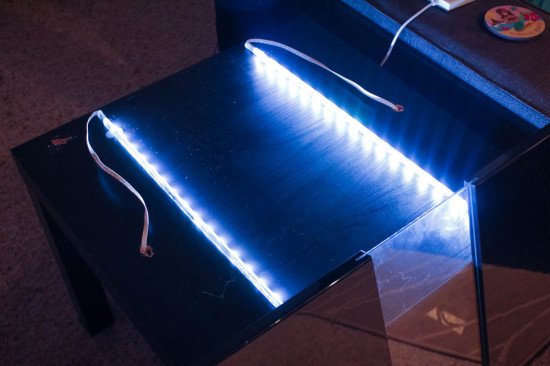 I first drilled two holes through the Lack table to run the cables for the Dioders through. Fairly messy but it’s covered by the Bestå door so it’s of little consequence.

Next I used a hot glue gun to glue the Dioder strips in sets of two pointed towards each other to the top of the table where they’d be just out of sight from most angles once the door was on top.

There’s hot glue on both sides of the strips as well as over the top of them to provide a rubbery surface to keep the door from sliding around. Didn’t grab a picture but underneath I used these exterior cable clips I found in the electrical section at Home Depot screwed into the bottom of the table near the drilled holes to manage the cables a bit along with the power block for the Dioders secured to the bottom of the table. 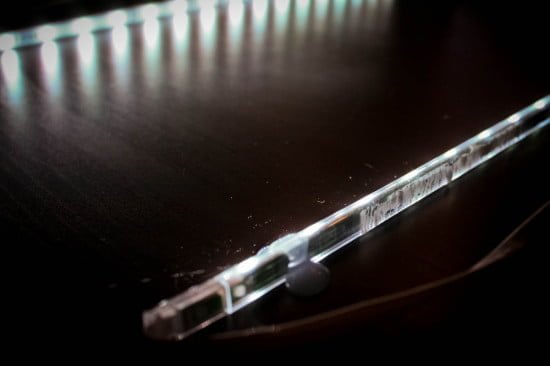 I’m probably eventually going to head back to Home Depot to get some dowel rods cut up to put in between the table and door so the weight isn’t on the Dioders, for now it’s a little hastily thrown together for proof of concept.

The door is larger than the side table so they won’t be flush but I actually like how it looks so it didn’t bother me.

Preemptive warning, the door is incredibly glossy and with lights being underneath the glass this hack is a showcase for fingerprints and dust (you can see the particles from the paper towels I cleaned it with especially in the first picture). Be prepared to wipe it down a lot if you want to make it!