Our Guest Room was quite messy with lots of stuff staying around in different Cabinets or on the floor. After some inspiration here, I took the decision to build a new wall built-in Pax 4*1m and cover it using dry walls (in German aka known as Knauf Gipskartonplatten im Trockenbau).

It also involved relocating an electricity outlet which would be otherwise covered.

Start – look at right and left side to see the situation before the fix. 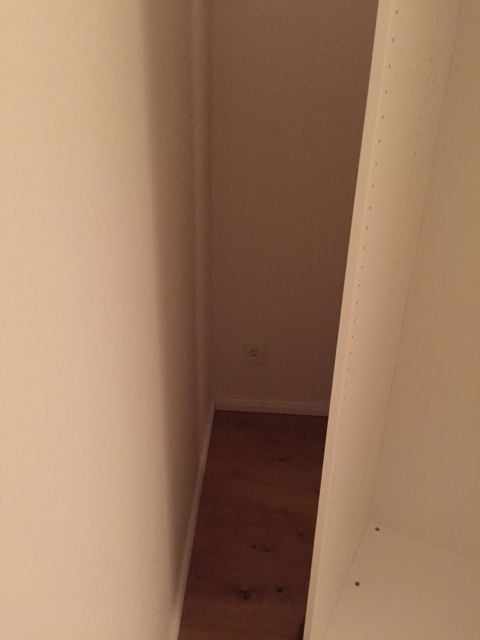 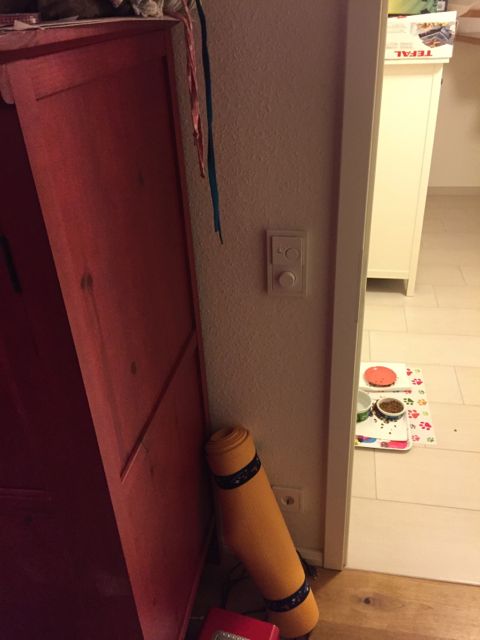 Starting from the left, 3 Paxes were installed, alongside the profiles also installed. Otherwise drilling to the ceiling possible. 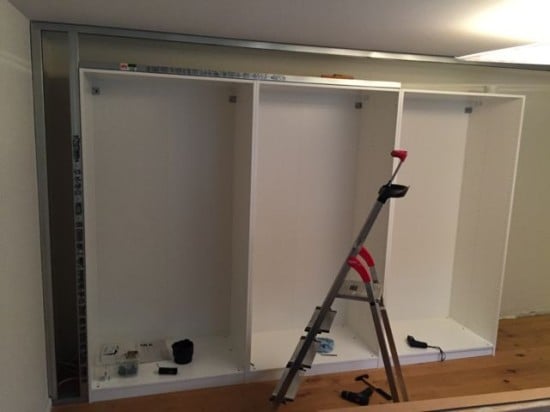 On the left side profile was directly attached to the wall and Pax wardrobes. Take care to set it back depending on the dry wall board thickness. 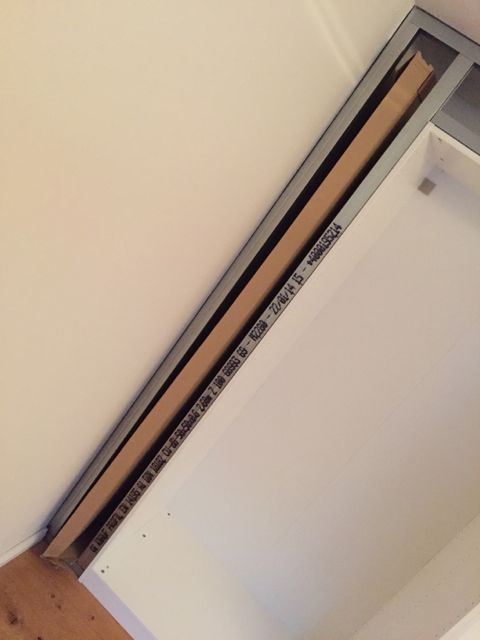 Construction then progressed to the right side, Pax 4 (final). 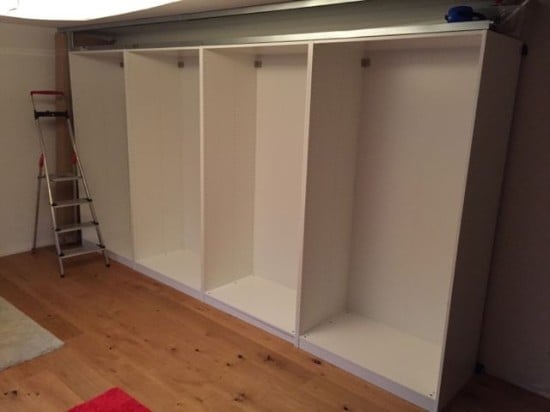 To make it look proportional, same width like left side was used. 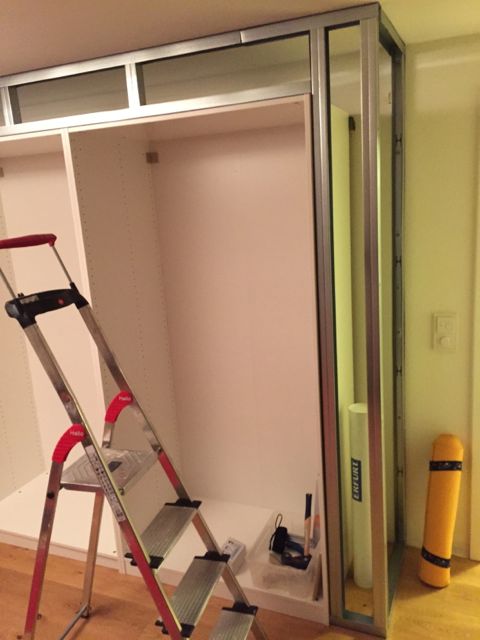 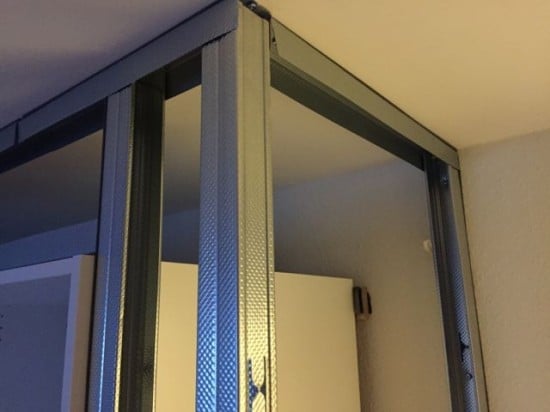 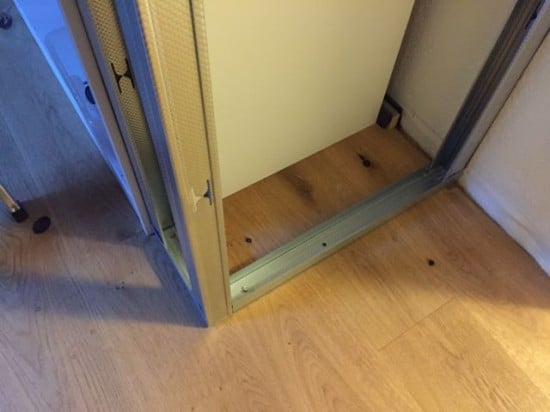 On the Top, some reinforcements were needed to the profiles. 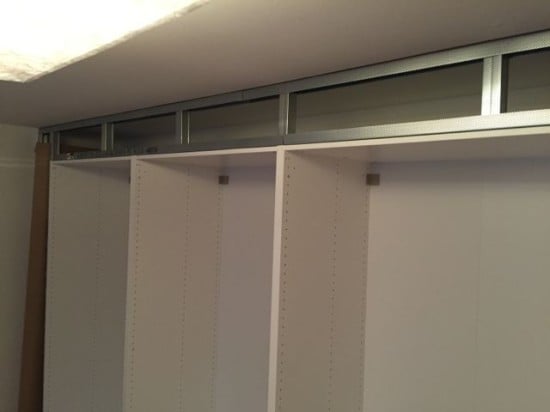 After finished the base construction, Dry Wall Boards were attached. 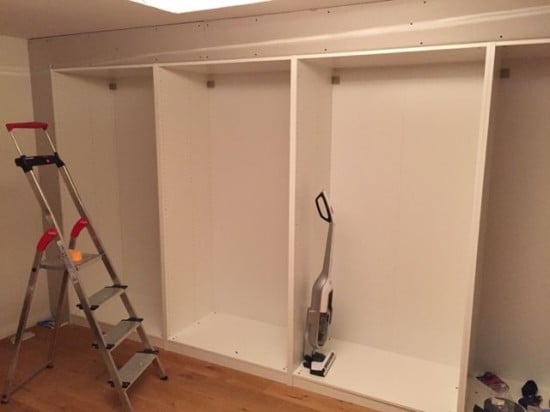 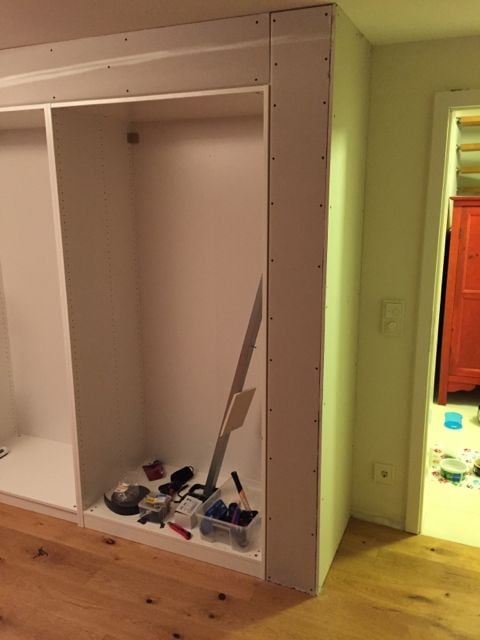 Now the filler came to cover all the gaps and screws. 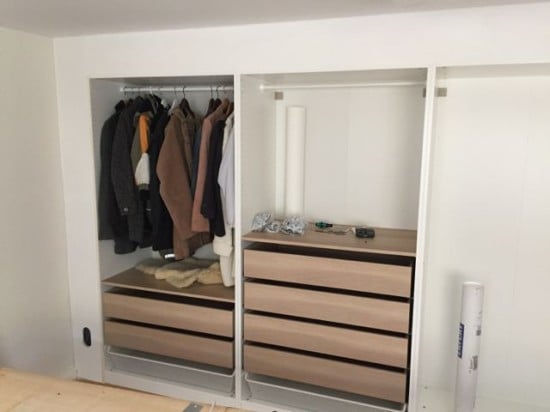 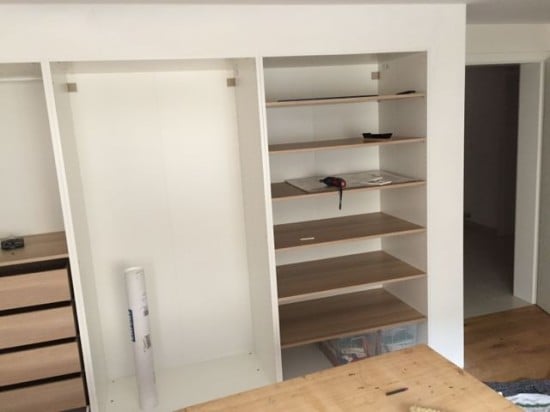 et Voila, some wallpaper and paint finished this project. 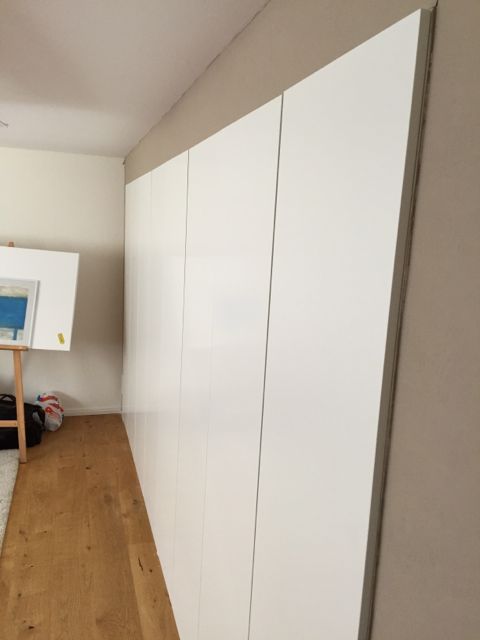 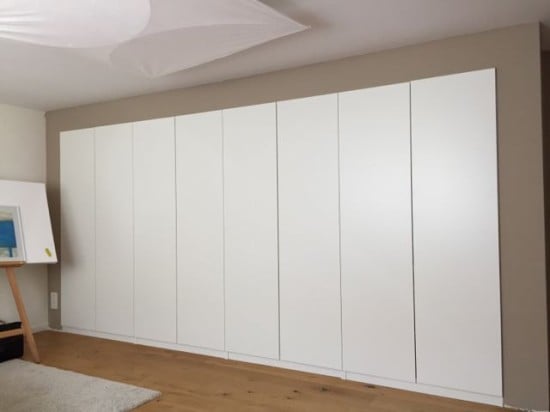 The only thing still left to do is to attach the baseboard and adjust the doors.