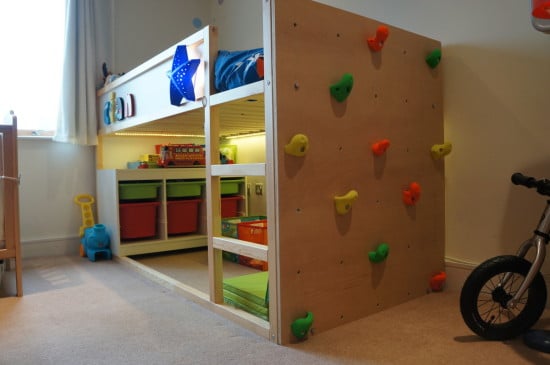 I built a first bed for my two year old son based on the Ikea Kura but featuring a climbing wall. The wall itself has evenly spaced holes drilled in it with T-Nuts installed so that I can make the route up easier or harder. The wall itself is fixed to the bed with four bolts.

I installed LED strip lighting underneath so that he can play under the bed and a light on the front that he can turn on and off himself. The wires are all fixed to the bed frame and plugs/sockets are not accessible.

The storage is Ikea Trofast which is exactly the right dimensions to fit neatly under the bed. It does however require some support in the middle to prevent it sagging. 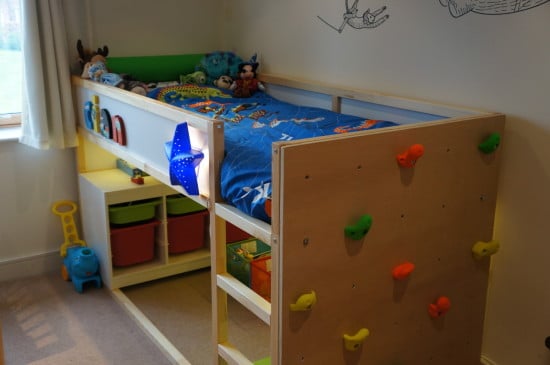 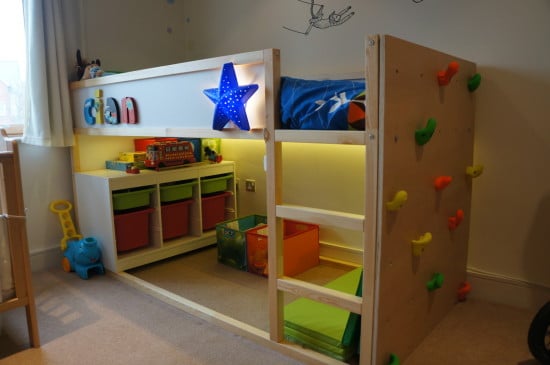 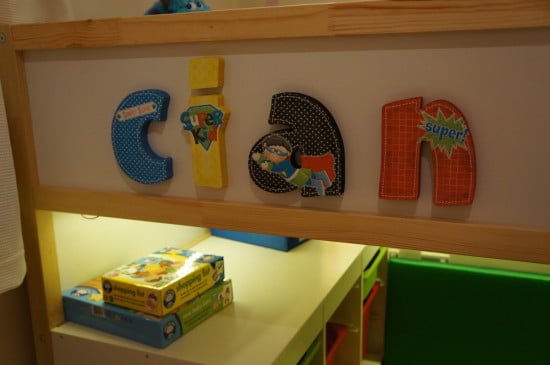 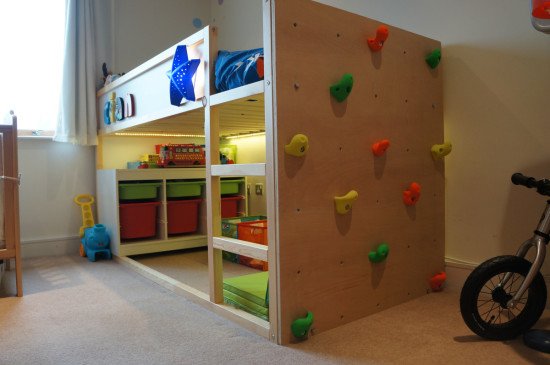