Adding an extra shelf to the IKEA Benno TV unit 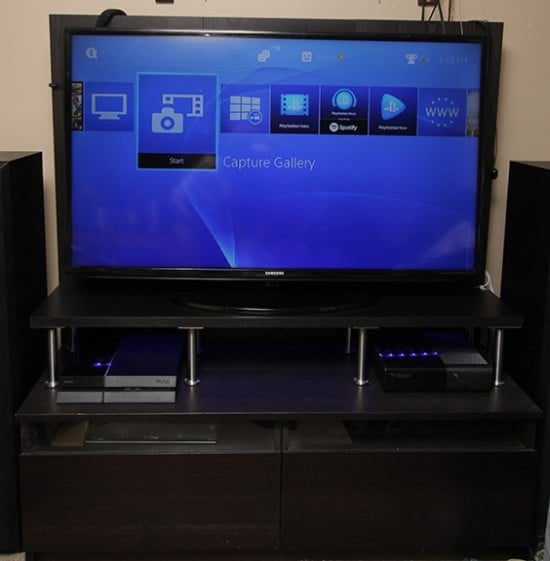 I have an IKEA Benno TV stand with the wall attachment but I wanted my television to sit higher without having to mount it to the wall. Also I needed a extra shelf anyway so that I could have the option of placing three gaming consoles underneath the TV.

While searching this site I found one idea but had trouble finding a place to cut particle board with a color to match. So I came up with this idea, I went back to Ikea and brought the following:

2. Two of these Capita Legs (4 per pack, 6+ inch height)  so that gave me 8 legs, I used all 8 legs measuring the space between needed for each console.

3. IKEA LED strip or Homedepot LED strip either will work fine, I had both but in this project used the one from Homedepot. Simple sticking the LED strip to the bottom of the shelf. (The Homedepot LED strip comes with a remote so just stick the remote receiver someone it can’t be seen but still pick up the signal from the handheld remote)

This short project took maybe 30 minutes to complete but it worked out perfectly. The width &  depth of the shelf is a little shorter than the TV stand itself but it all worked and looks great.

So as you will see in the photos I now have a space for 3 consoles. I will sit my xbox one in the middle empty space and I can easily turn off the LED strip if I want or change the color of it whenever I want too. 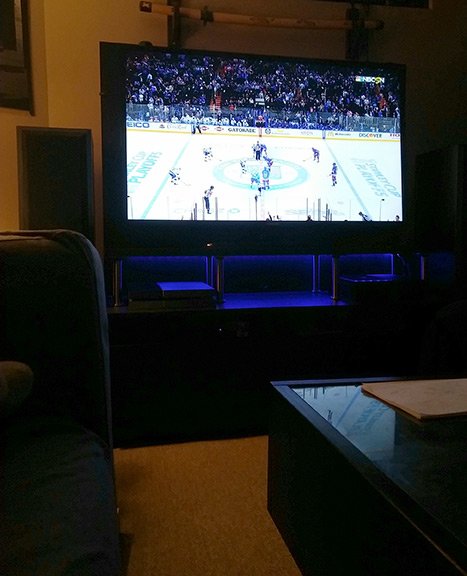 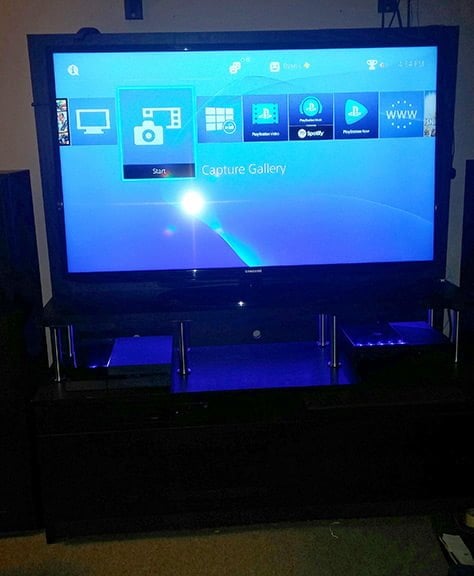