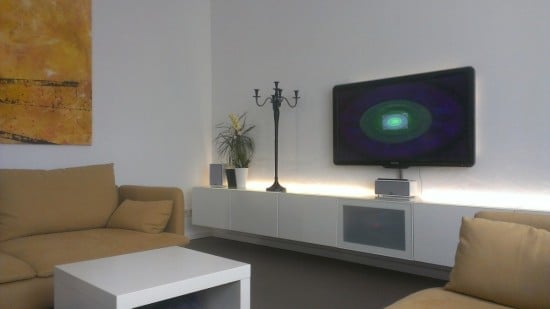 We was searching for a nice glossy white media unit which looks very light. BESTA seems the best and I decided to make it a little better with an ambient light.

This is a very simple hack. Just place some wooden bars on the top and bottom behind the BESTA. On the top bar now you can fasten LED-Stripes. 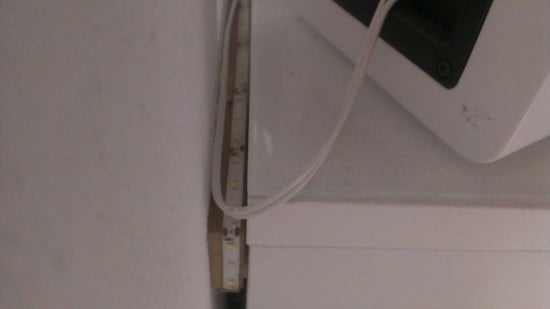 I used 2 LED-Stripes powered from the middle. Behind the glass-door of BESTA I managed all the cables, AV-Receiver, Sat-Receiver and HTPC. Because of the bars behind the BESTA there is enough space for cables like network, power or speaker. I also fastened an LED-Stripe around the backside of the TV. 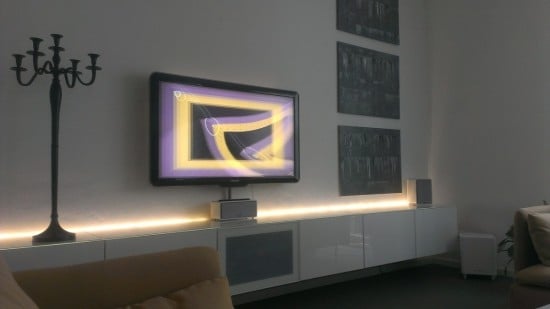 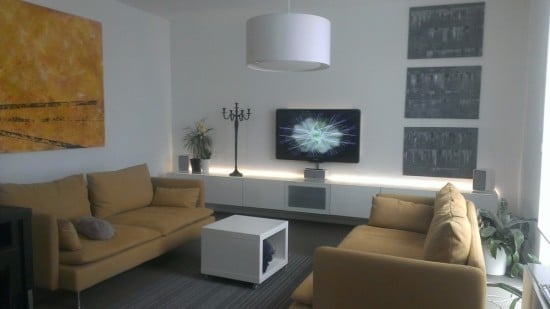