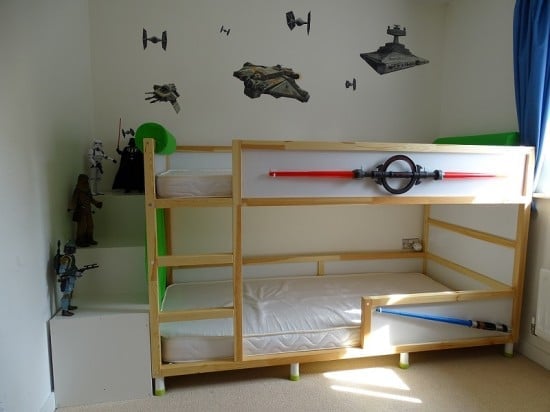 I was looking for a bunk bed for my boys but found most of them to be too high for my young toddlers. The bunks I found that had a lower top bunk and were of good quality were very expensive. I found it to be far cheaper to purchase two Ikea Kura Reversible Beds and hack them together to make a good quality, secure and lower than average bunk bed.

I saw a few Kura hacks on the Ikea Hackers website which helped with my design but wanted to be a bit different and add a few extra touches.

I wanted the ladder style steps of the bed to be on the same end of the hollow end of the bed but the bed is only designed to have the steps on the same end as the filled frame end so I had to switch the ends round, cut some of the wooden notches on the frame ends, drill a few extra holes into the frame and screw the ladder steps into place. I used white circular stickers to cover the screw holes in the bed frame that were not used due to this change. 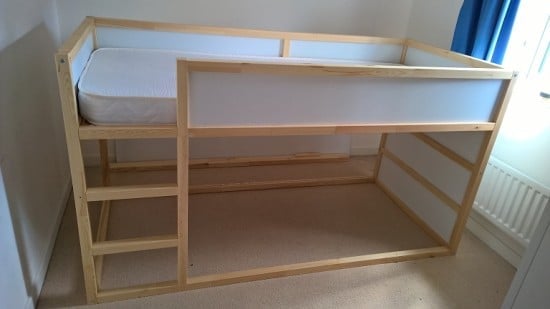 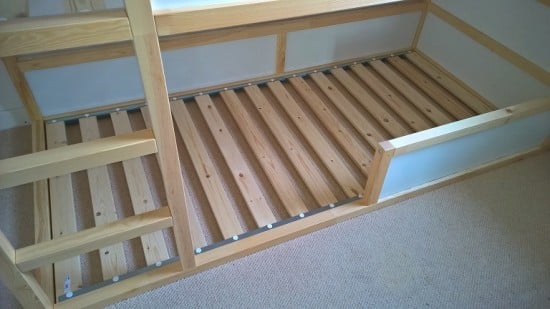 Although the bottom bunk is very low, as my son using the bottom bunk is very young I wanted to use the upright panels from the second Kura bed to stop him from falling out of bed. I think this gave it a nicer look anyway and made it look like the bed was always designed to be a bunk bed. The rear was very easy and I simply drilled holes through either end of the frame and screwed into the sides of the upright panel. The smaller upright panel at the front however was far more difficult. I needed to leave a gap between the steps and the upright panel for my son to get in and out of bed. This meant making a bespoke length of upright panel. I cut the wood down to the required size which was easy enough but the white section of the panel is slotted into grooves pre cut into the frame which holds it securely in place. The bottom frame of the bed obviously does not have this pre cut groove so I had to create a groove of my own. This would have been a lot easier with the correct tools but I had to make do with a saw making sure I kept the groove straight and at the same depth. This took the most time but I got there in the end. 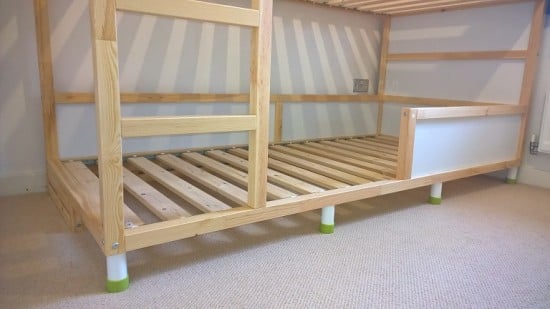 I wanted the bed to be slightly raised off the floor so I screwed four 8mm metal threaded wood inserts into the bottom of the front frame and screwed four Stuva Grundlig Legs into them. 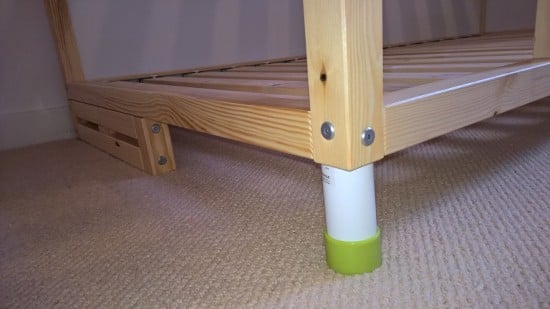 I thought the Stuva legs would be more aesthetically pleasing than just wood but as the back of the bed would not be seen I used the left over frame from the second Kura bed to use as the base for the back. 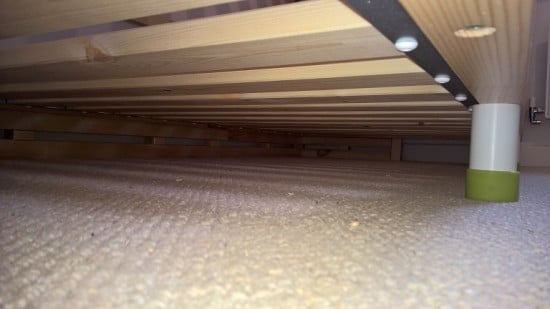 As other Hackers have, I used the Trofast Storage as steps as my boy is currently too young to use the ladder style steps on the bed itself. I placed the Trofast unit at the hollow end of the bed so we can gain access to the storage sections of the unit. 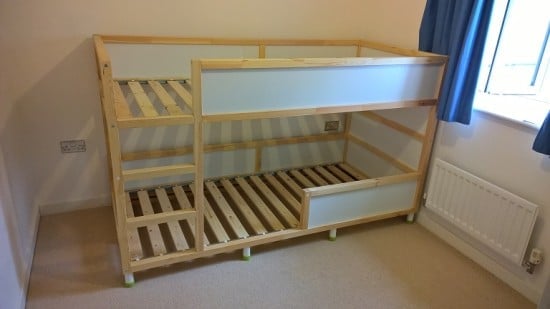 I used the Stickat Curtain both ends of the bed. One at the top to stop my boy banging his head and one at the bottom to cover the Trofast Storage and also give him something soft to lean on when climbing in and out of bed. I used self adhesive white coated aluminium cable clips to hold the lightsabers to the upright panels. 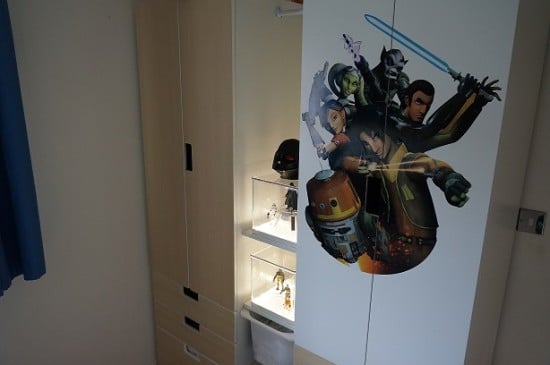 onto the doors of one of the wardrobes and cut it where the doors join in order to help the furniture blend into the theme. 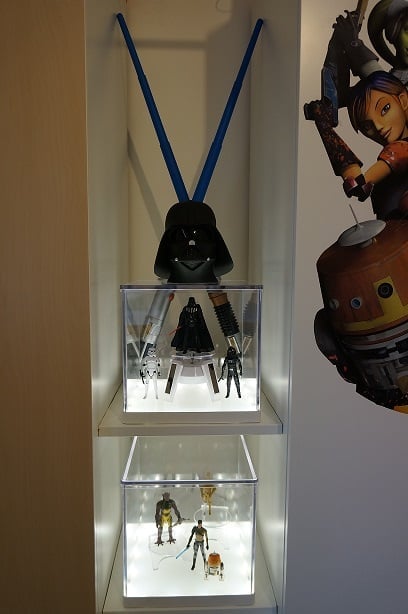 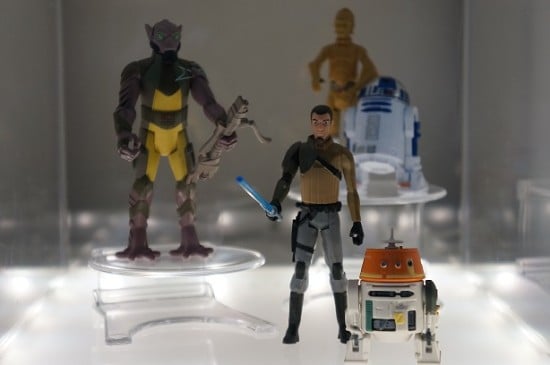