We were looking to replace our Mala kids easel and save some space at the same time. For this hack we used the Ribba shelf to mount the Mala paper roll to the wall. Completed the entire hack for US$65. 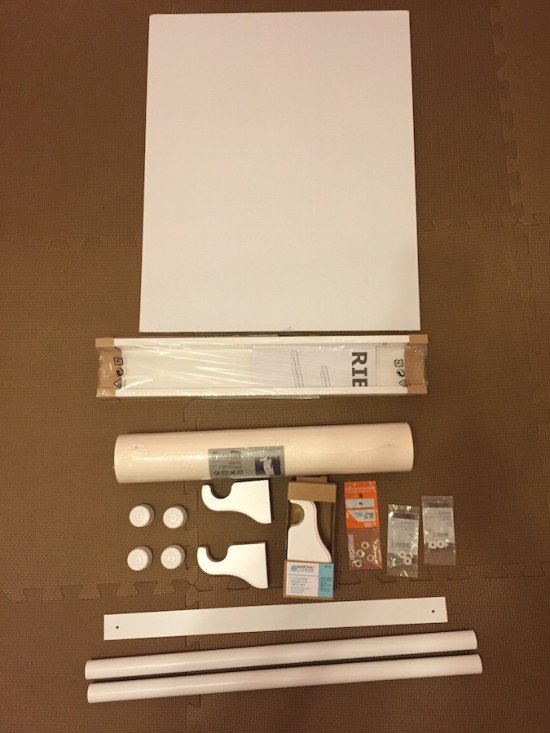 Close up of finishing washers and spacers 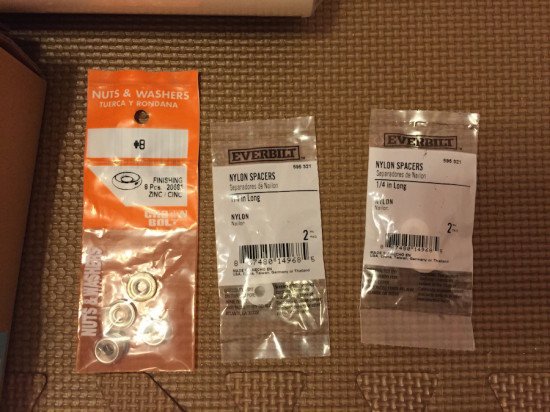 The Mala paper roll is wider than where the mounting holes are in the Ribba so I had to make new holes. 1” in from each edge. I used a finishing washer on the front side to hide the drill hole and a spacer on the back side to give the paper space to slide through. 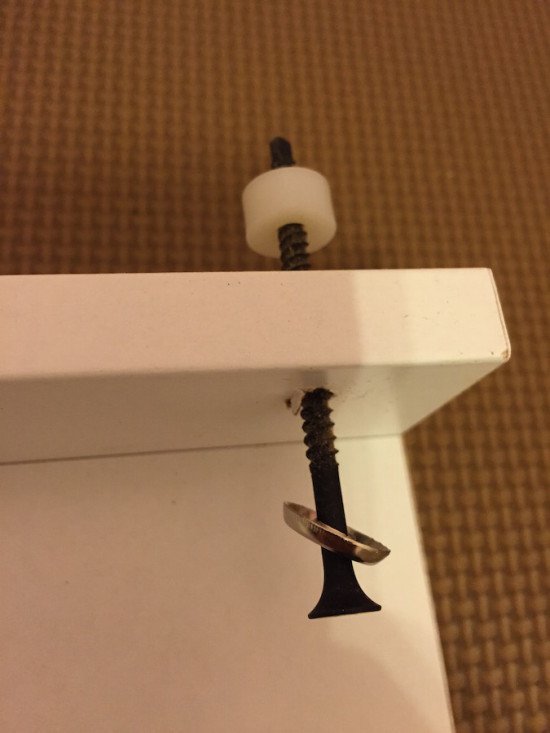 Our walls are textured so I had to use a smooth corrugated sign board behind the paper so you could write on it. Also, it’s good in case a marker bleeds through the paper. I predrilled holes in the sign so I could find where to put anchors in the wall. Mounted it with finishing washers on the front side. 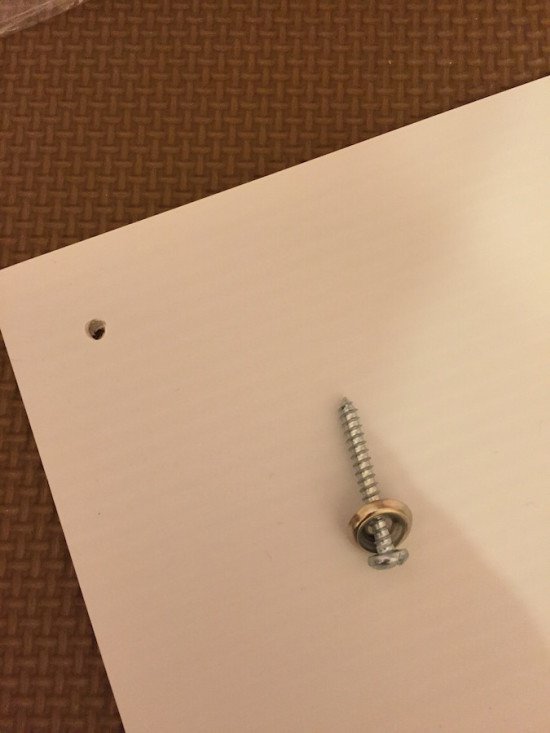 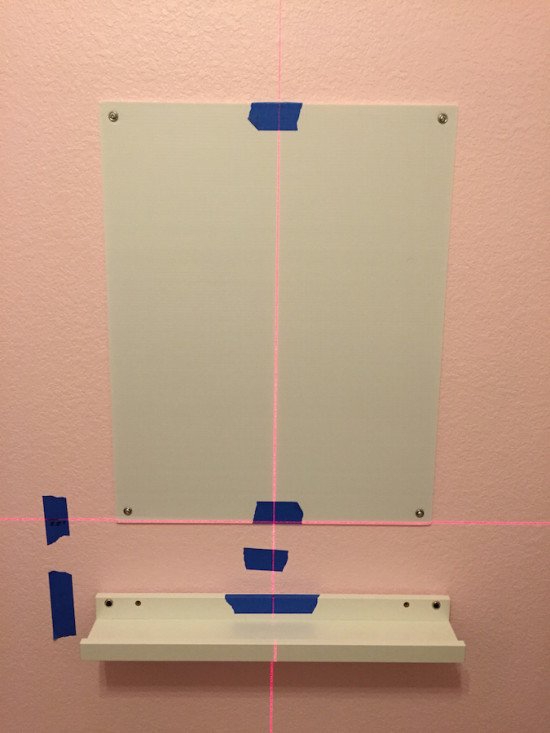 I cut the metal bar to the same width as the Ribba and drilled holes 1” in from the edges and spray painted it white. 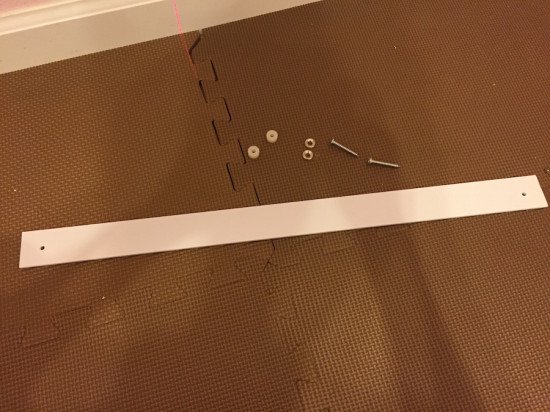 Once the paint dried, I mounted it to the wall with a finishing washer on the front and a spacer in the back. This bar is needed to keep the paper flat against the wall 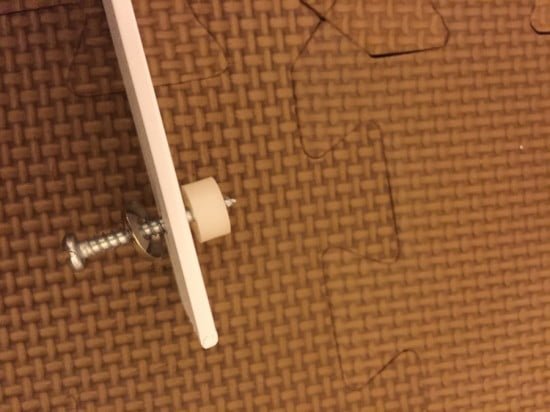 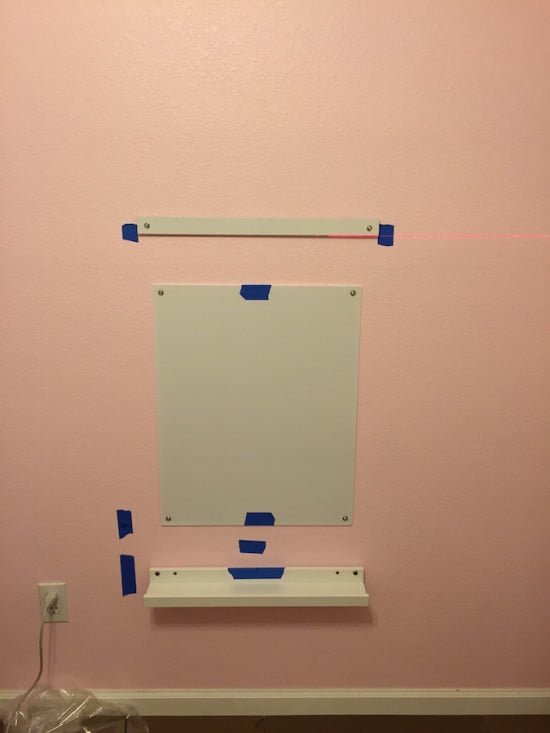 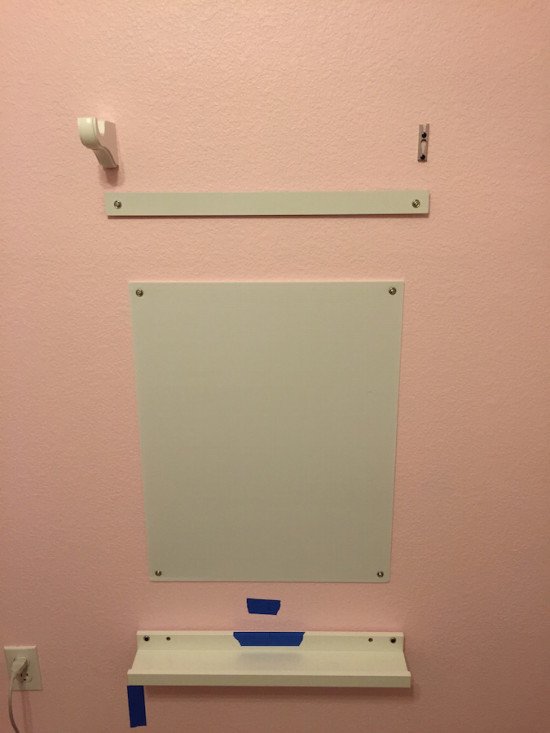 Spray painted PVC pipe and end caps. Placed it through the Mala roll and hung. 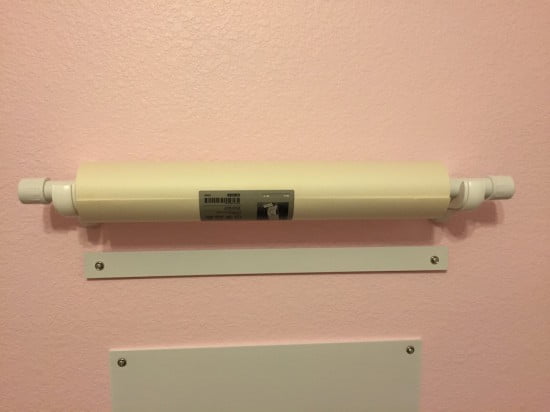 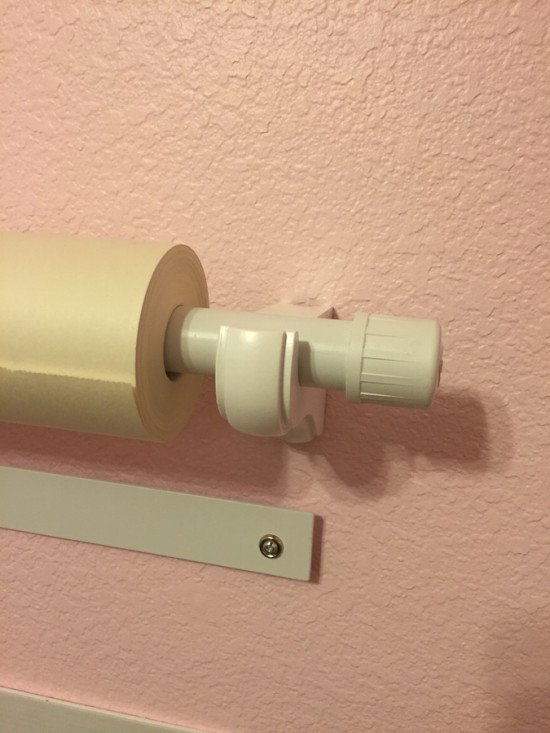 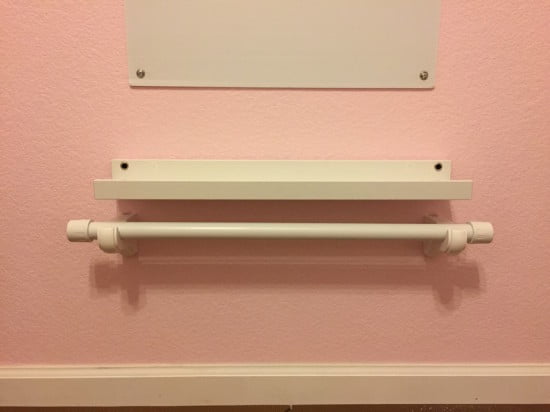 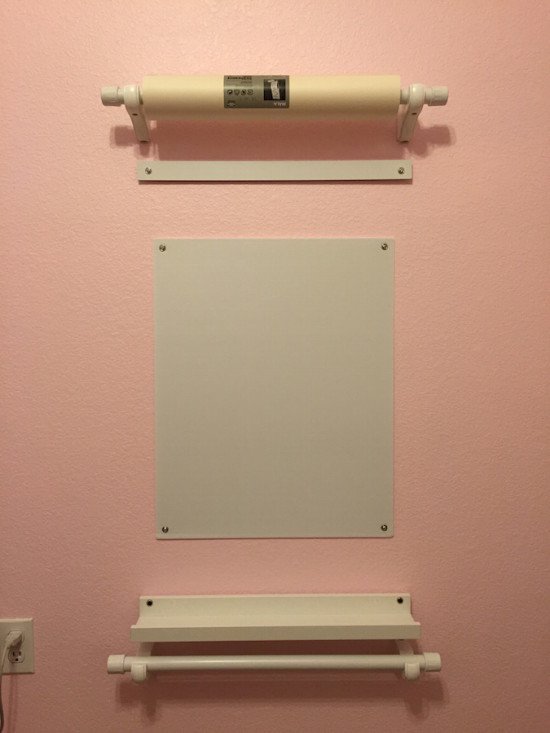 Ran paper behind the top metal bracket and behind the Ribba before curling it on the lower PVC pipe. 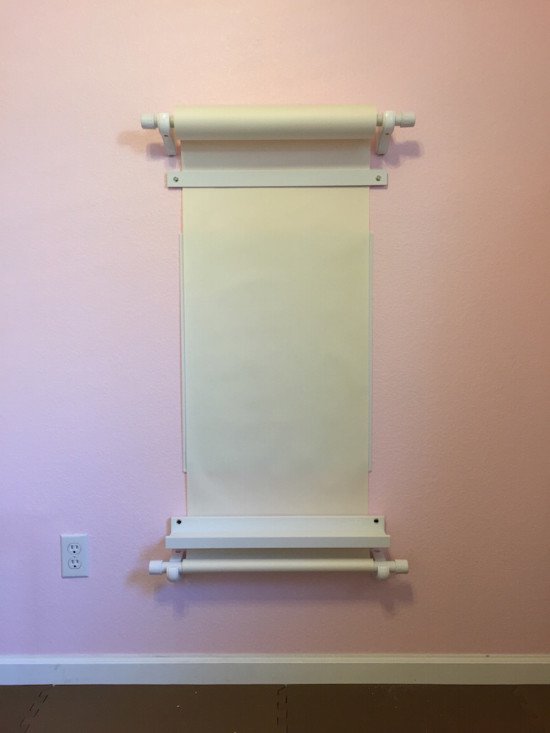 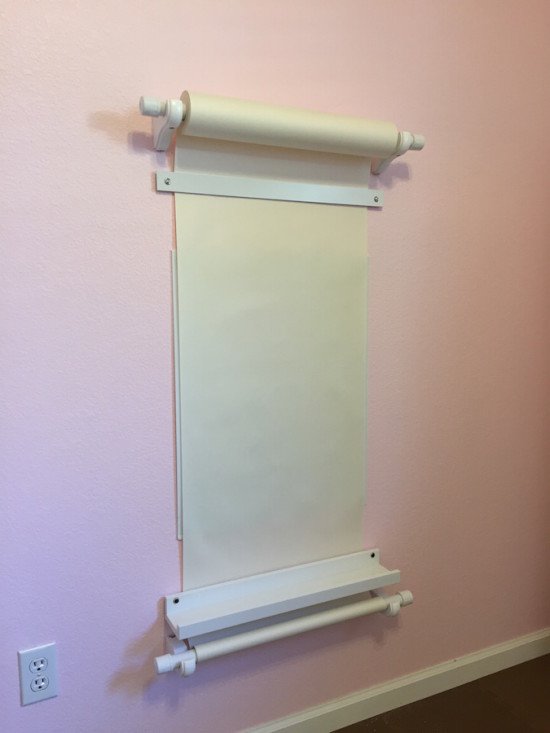 P.S. Here’s another way to use the MALA!