When a roller shade popped off of the window frame and poked a nice, ugly hole in our LÄTT children’s table, I really thought this wonderfully cheap table set has seen its last meal (I’d already spend some considerable effort reinforcing the chairs, after my weight broke though the cheap fiberboard). 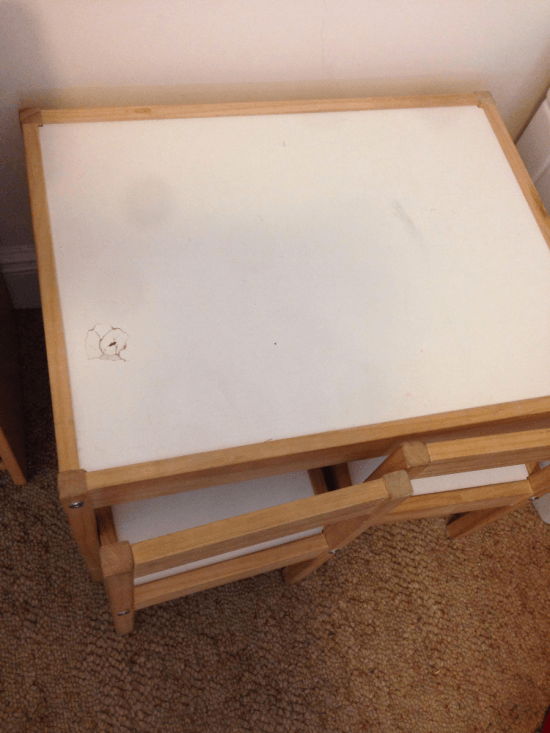 But then, the gears in my head started turning, and I thought, once there was already a small hole in the table, why not make a BIGGER hole!

Step 1. Using a small Trofast box as a guide, I cut the fiberboard tabletop using a box cutter.

Step 2. I inserted the Trofast box into the opening, using Gorilla glue

to secure it. This is your sink basin. 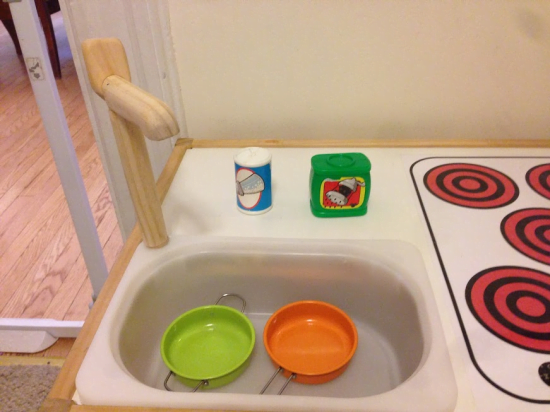 Step 3. Making the faucet was tricky. I wasn’t satisfied with the ideas I saw online, so I decided to build one. I purchased a 1″ square dowel for about $3.

I cut two pieces and attached them at a little more than a 90 degree angle. Using an orbital sander, I smoothed and rounded the faucet to give it a more “faucetty” look. I attached another small piece of wood with a screw so the kids could have a handle to turn the faucet on and off. The faucet is attached directly to the Trofast bin using a screw (and a little L bracket under the lip of the Trofast for added stability). It’s a good idea to attach the faucet BEFORE you glue the box down to the table.

Step 4. Now the easy part: I found some stovetop decal images and printed them up. I laminated one side, and used a gluestick to secure the other side to the table (effectively, a homemade sticker). I printed the image on two papers and combined them to make a five-burner stove. 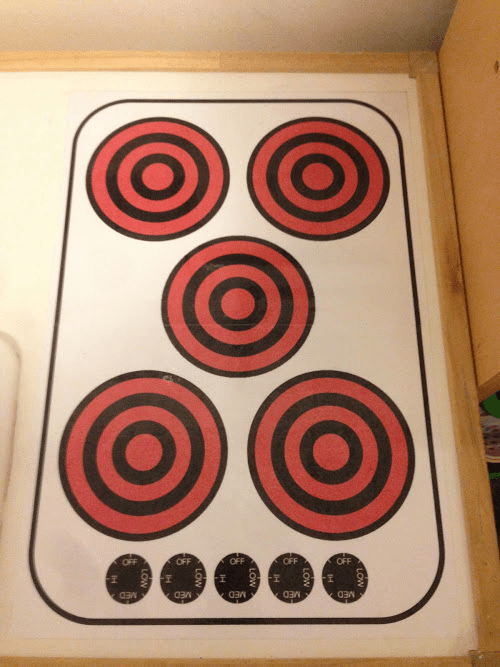 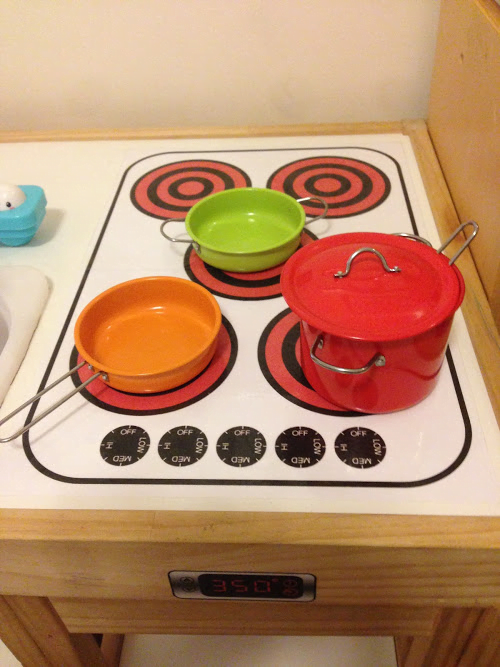 My kids were delighted when they saw this, but my daughter asked for an oven, and I thought, well, the chairs could certainly fit that bill! So I affixed an oven-control decal on one side of the table, and a dishwasher-control decal on the other side. 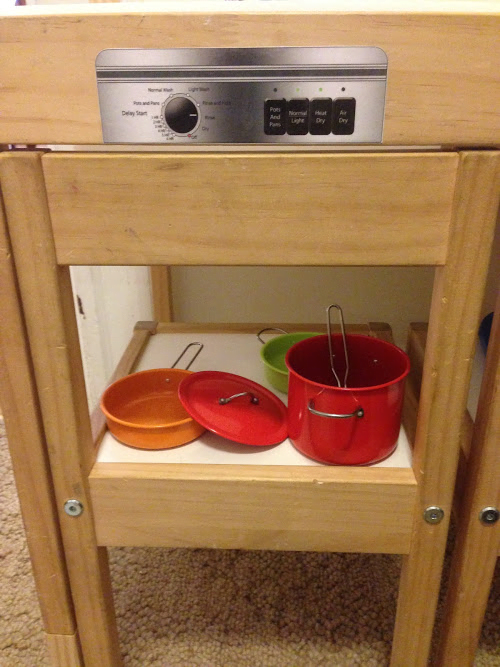 What’s great about this table is that pots and pans can be stored in the trofast. And when the lid is on, the table can still be used as a surface for other play, and homework! 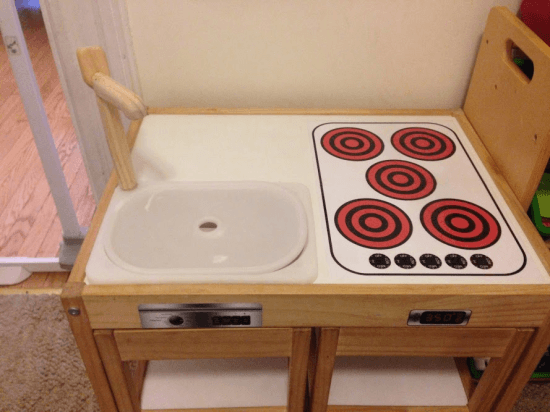 Step 5. After a few months, I noticed that my kids weren’t playing with the kitchen as much (such is the fate of all toys), but when we went to IKEA, they ran right to the Duktig play kitchen. I asked my daughter if the low height of the LATT was to blame, and she said it was. So I took the remains of that square dowel, and cut four 5″ pieces and glued them to the legs of the table, raising its height to that of Ikea’s own play kitchen. This raised the table just over the top of the chairs and creates an even better “oven” and “dishwasher” effect.

So there you have it. With a little time, about $5 extra (over the LATT table), and a lot of creativity you have a play kitchen worthy of Mordor. I mean, your kids! 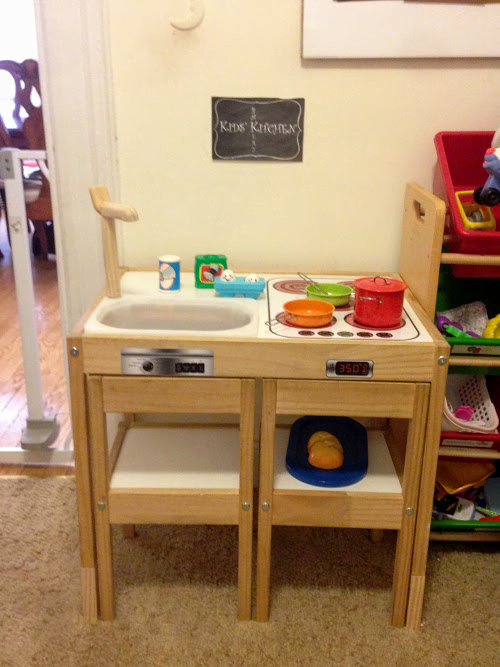