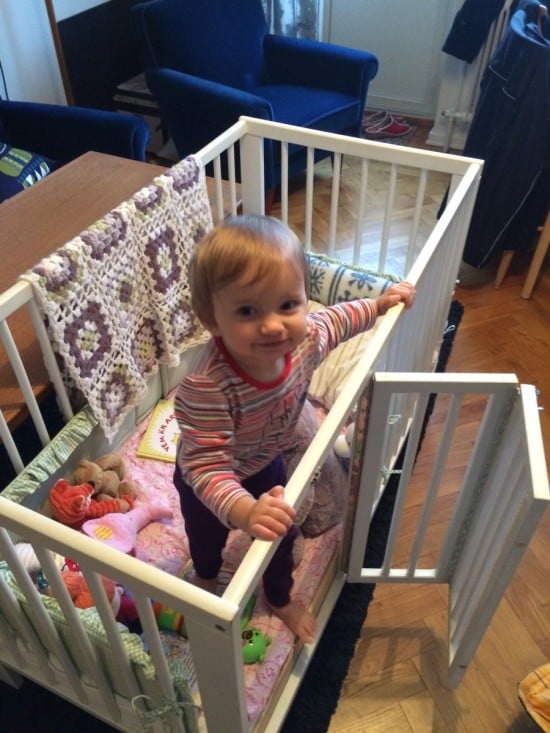 Our daughter sometimes felt trapped inside the crib but also loves to play in it. Therefore I removed six of the side wall bars and replaced them with a baby’s door that I crafted in my kitchen. The door consists of wooden frame of the nearly same dimensions/thickness as the material of the crib sides. The wooden strips and the hinges and fittings were bought at hardware stores similar to Home Depot in the US. 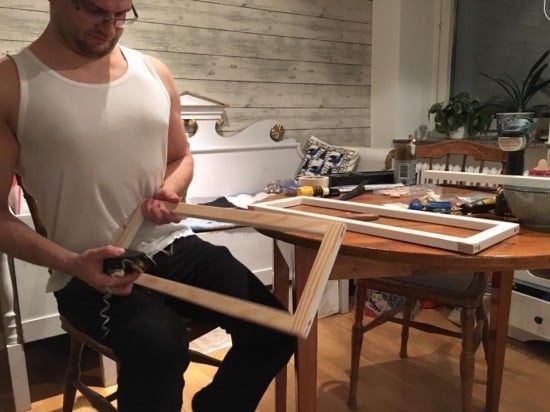 The door has two hinges that both are as long as the height of the door for maximum stability. One is mounted by the point of fixation to the crib side while the second is mounted at the middle of the door in order to allow it to be folded in half. This folding function is intended to avoid the door occupying too much space.

When closed by the baby the door will be loosely “locked” by two magnets that present enough magnetic force to hold the door in place but still weak enough for the baby to open the door by herself.

At bedtime, a small shoot bolt lock ensures that the door is firmly closed and cannot be opened by the child. 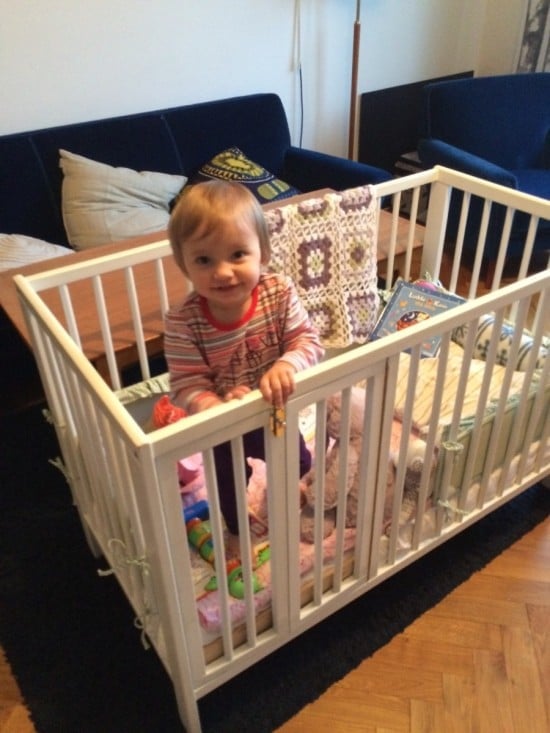 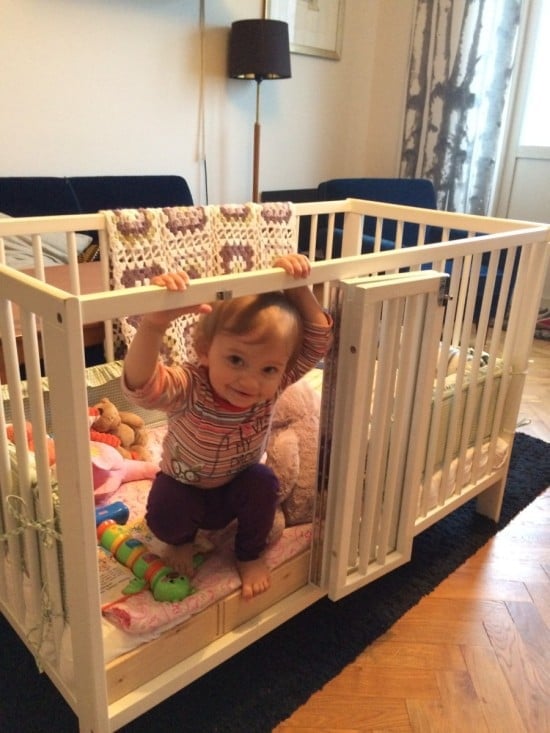