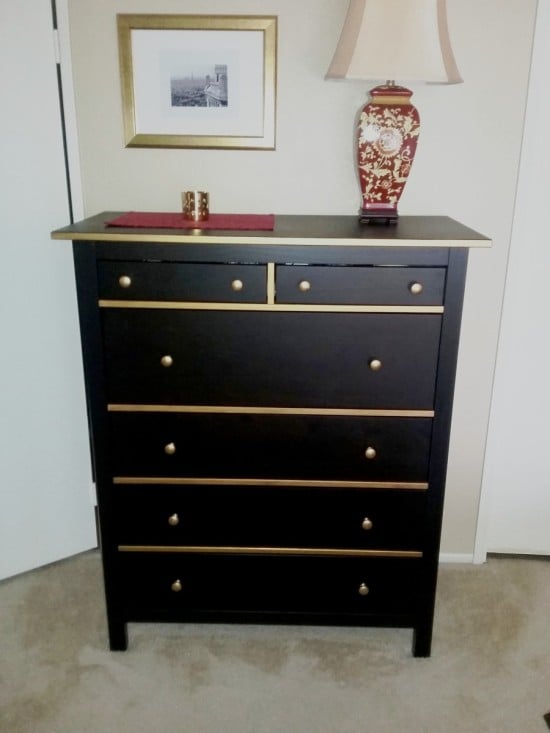 I have not actually “hacked” Hemnes dresser, but I have decorated it to make an “aging Hemnes” look new again…and rich, at that!

I used gold “Rub & Buff” to color the small accent strips in between the drawers, including the 2 small top drawers and the knobs to make an aging Hemnes have a new life.

The same can be done with the white Hemnes. I will also be doing this with my two black end tables after I paint them white first.

This process took me about 20 minutes for the 6 drawer Hemnes including taping along the side edges so as not to smear gold on the sides or frame of the dresser. 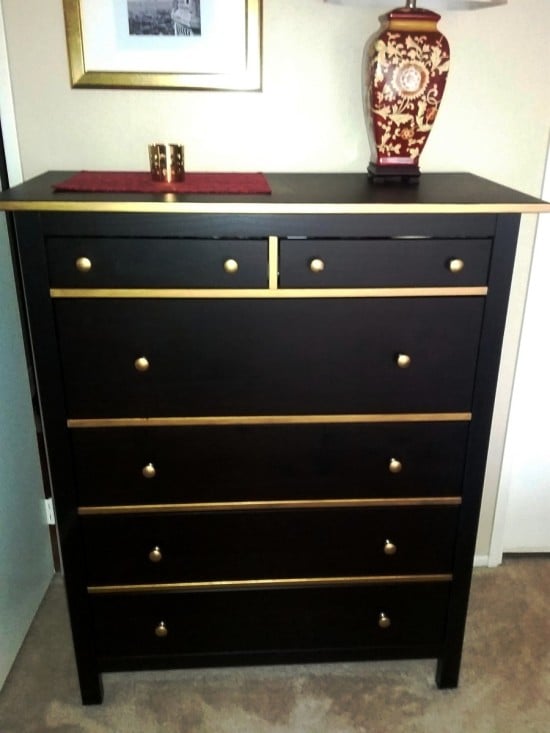