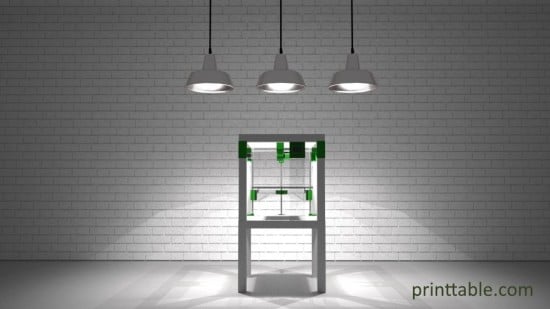 The field of 3D printing has gone through quite a bit of development but sadly, the 3D Printer DIY framework kits weren’t keeping up. Wayne’s project of using the LACK tables to create a framework for large format 3D printers could be the spark to change all that.

Back story was Wayne purchased his first 3D Printer, a BitsFromBite’s (BFB) 3D Touch in 2011 and plonked it on a trusty LACK side table. His printing set-up progressed with time and the LACK table continued supporting the many evolutions, with no obvious signs of wear or distortion. That’s when the proverbial lightbulb went on to create a framework, whose core is readily accessible worldwide. 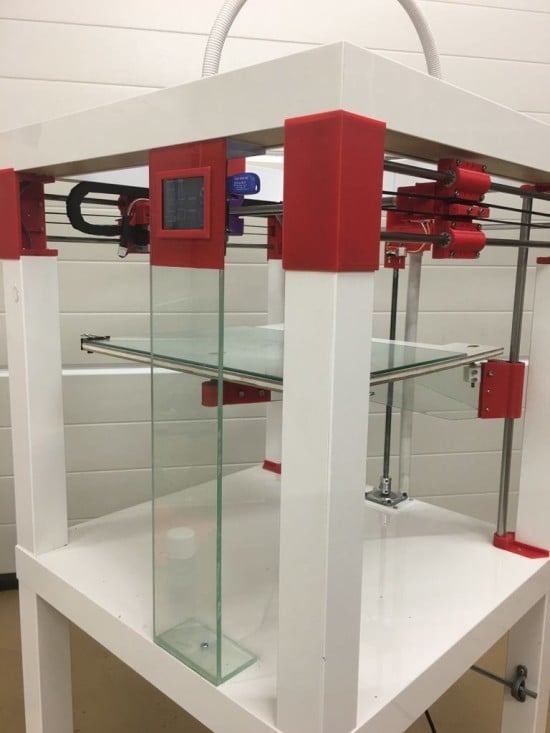 The frame is made out of 2 LACK side tables and a very long list of materials, many which can be printed right off your printer. You can see them and the tutorial on this superb instructable.

See a video of its construction of it here.

And a video of it up close.

More information on printtable.com and step by step tutorial here.

Thanks Jack for the lead!