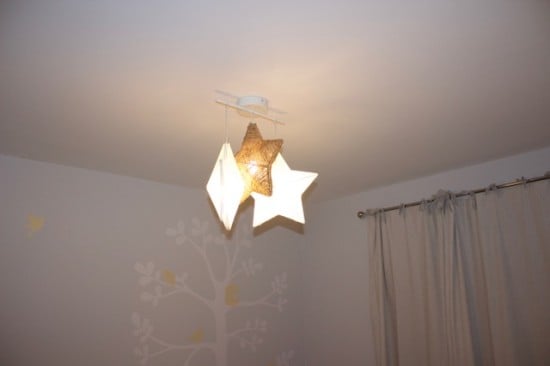 We bought one of these Star Lamp shades in white for our new nursery, but when I investigated getting a smart dimmer switch it became apparent that one LED lamp wouldn’t give enough load for it to work. Also I thought that the light wouldn’t be bright enough to light the room. In the shop these lamps are often seen hanging in clusters so I came up with this hack to neatly provide a similar effect at home!

Remove the lamp holders from the TROSS ceiling track:
– First remove the small grub screws either using a small Allen key or a pair of pliers.
– Then unscrew each lamp holder – this can be quite tough but a bit of force should get them to unscrew. I removed the inner screws so that the ceramic lamp holder can spin without twisting the cable up.
– Unwire the lamp holder’s cords so that you can pull them out – I tied some string to the outer two cords before pulling the lamp holders off completely so that I could pull the new cord back through.

Cut off the switch and plug end of the STRÅLA cord sets, leaving an appropriate length for each and thread through the bar of the TROSS track – leave them slightly longer so that the length can be adjusted later. I tied some knots in the cords on the inside of the base to stop them pulling back through when I was happy with the lengths. If there is excess cord within the base it can be trimmed.

Strip the wires and connect together (neutral/blue and live/brown) – I used some extra connection (“chocolate”) blocks to help with this but you should make sure you know what you’re doing! Electricity can kill if you get it wrong!

Hang the lamp, attach the shades and install the bulbs (I used Ikea dimmable ones, but any candle-shaped LED bulbs with an E14/SES fitting would work. 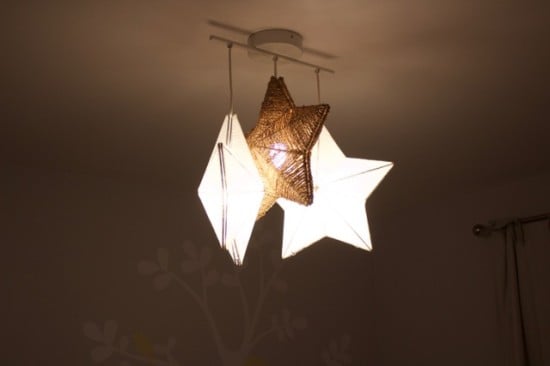 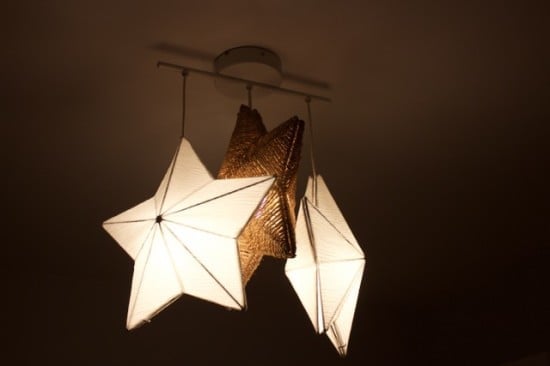 I haven’t got photos of the progress as there isn’t much to show (and I’d rather not give anyone without electrical knowledge any ideas!).