Hack no. 2 from Andrew, as promised. He took parts of an IKEA Hemnes daybed and turned it into a banquette! This has got to be the most ingenious hack i’ve received thus far. 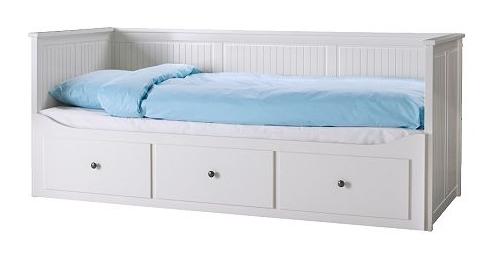 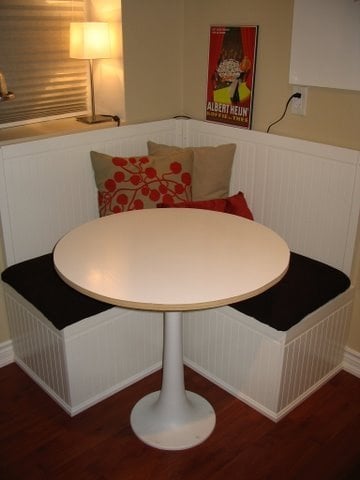 Andrew says that “the frame is basically complete here. Made it more sturdy than was necessary. Head and foot board from the Hemnes day bed were used to create the backs of the banquette.

I covered the frame by cutting up the main back piece from the Hemnes daybed set. Provides a nice uniform look. added some moulding around the bottom and covered the seats. Some people have asked if the whole thing was bought in a kit!” 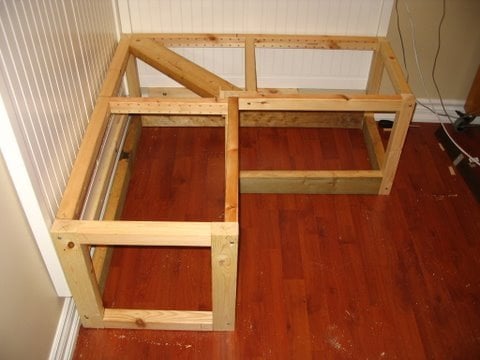 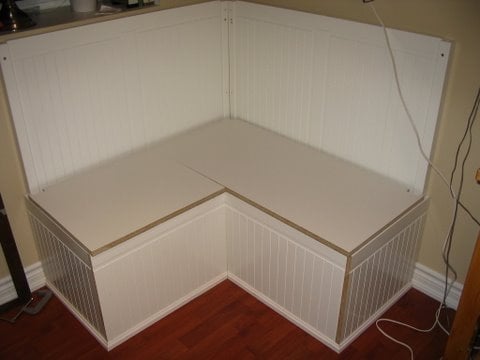 Andrew completed the look with an IKEA DOCKSTA table – after trimming the table top from 40″ down to 30″ to fit the space perfectly.