the kullen gets glam

this is from morgan satterfield of l.a. while morgan’s first choice was the pax, it was added up to be too pricey for a rental. so, he bought the cheaper kullen instead and the rest is … one project after another. 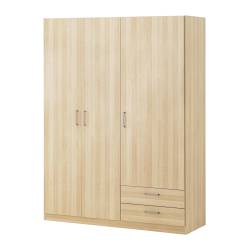 “i recently moved into a loft in downtown los angeles with zero closet space. the pax system was my first choice, but once I sat down and added up all i wanted, it was just too much to spend on a rental.

so i bought the cheapy kullen wardrobe (pic, left) and painted it a high gloss white. i used an oil based sign painters enamel called “one shot” (since i had a gallon of it lying around). once the wardrobe was sanded i filled the handle holes with spackle and rolled two coats of paint on it. the paint is great! it gives a very smooth but tough glossy enamel finish. plus it sticks really well to the veneer.

i drilled new handle holes and changed the handles to the lansa 9 5/8″ handles. i love them! 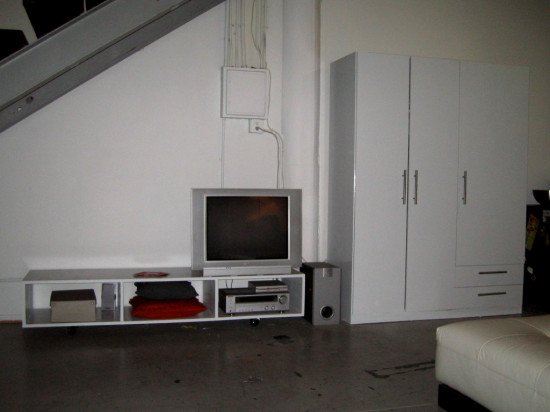 i was so happy with how it turned out that i built a tv stand from some MDF i had cut at the home depot and four casters. i painted it with the one shot paint to match the wardrobe, and will eventually put a long door on the front that flips down with a lansa handle. 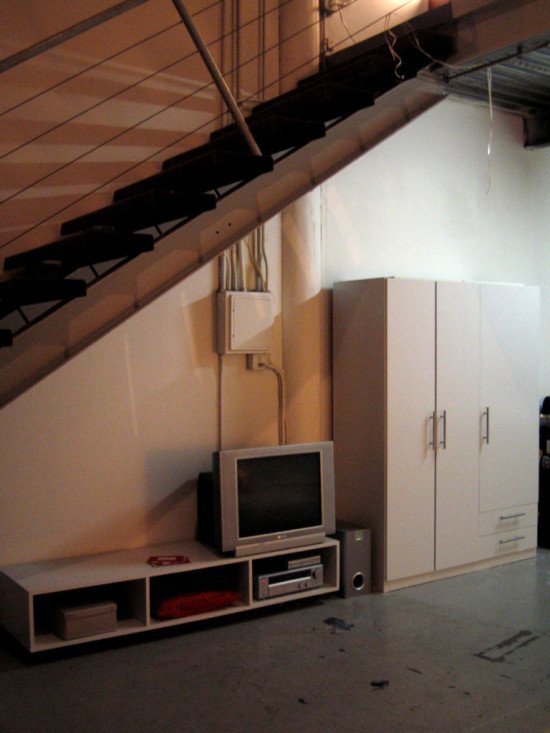 although it still is a work in progress, and not an extreme ikea hack, i think it turned out better than expected. if only i can figure out how to get rid of the gap between the two large doors.”