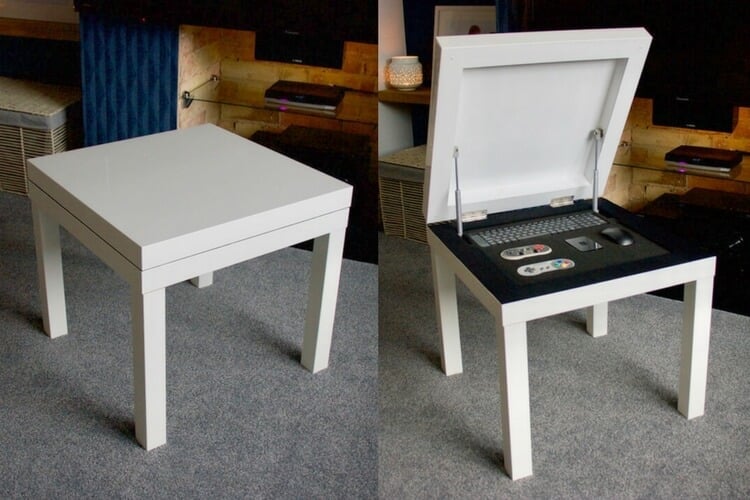 I became the owner of a Raspberry Pi late last year which was going to be used for casual retro gaming. I like my AV setup quite neat, so wanted somewhere I could keep the Pi whilst it wasn’t in use, and away from my toddler’s hands! I’d seen the LACK hacked for storage a few other times, but was inspired by an old hack I’d seen years ago whereby the LACK had a sliding top. Due to the space it was going in, I needed a hinged top to make the contents accessible.

In addition to the LACK tables, I also used:

I started by taking the wooden batons and drawing around them on the underside of both tables. These are to strengthen the table top as the innards were coming out. I measured an extra 10mm over on what was going to be the bottom table as I wanted a slight overhang once the batons were pushed in to place. Once marked up, I cut the square out very carefully with a sharp Stanley knife. It’s important to keep the edges straight as these will be on display when the table is open, but it is also important to keep the section whole as you’ll be needing this later on. Once cut out, remove all the honeycomb filling making sure that the surface is as flat as you can make it. 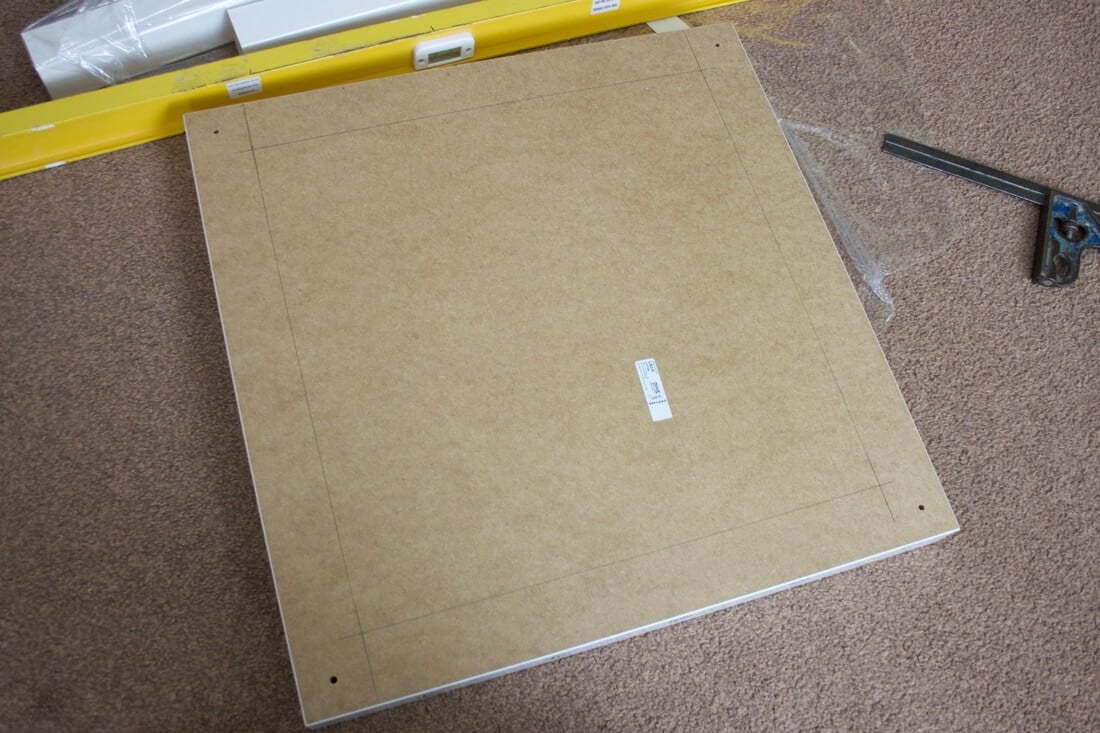 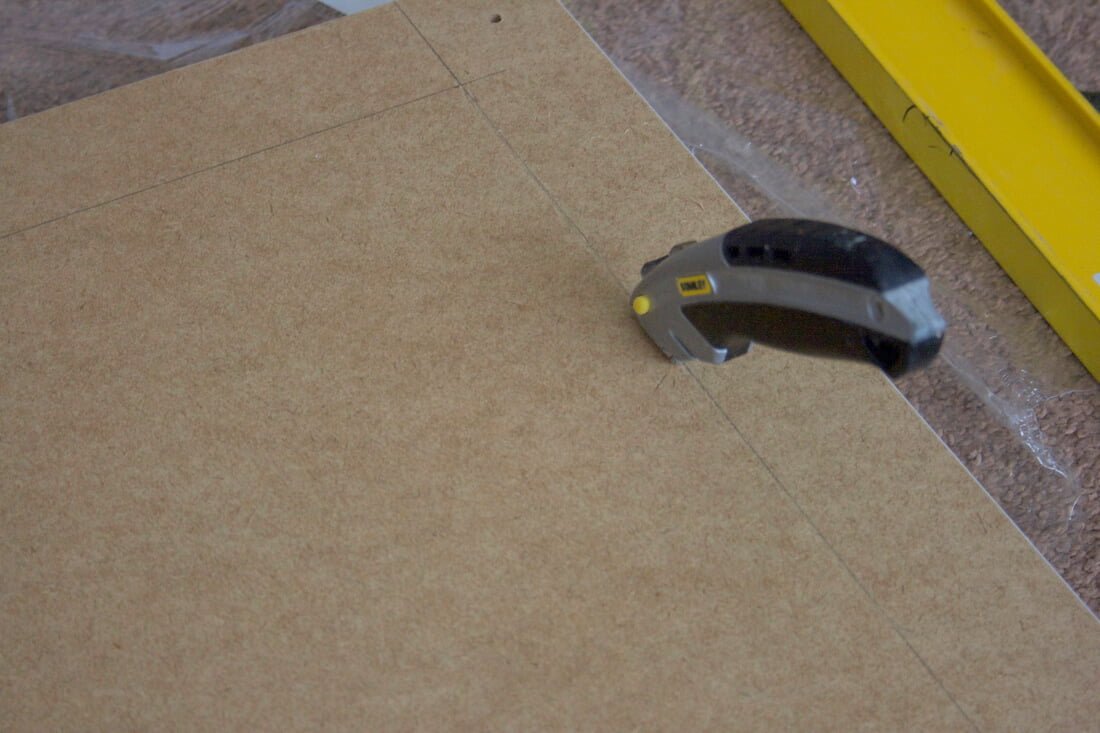 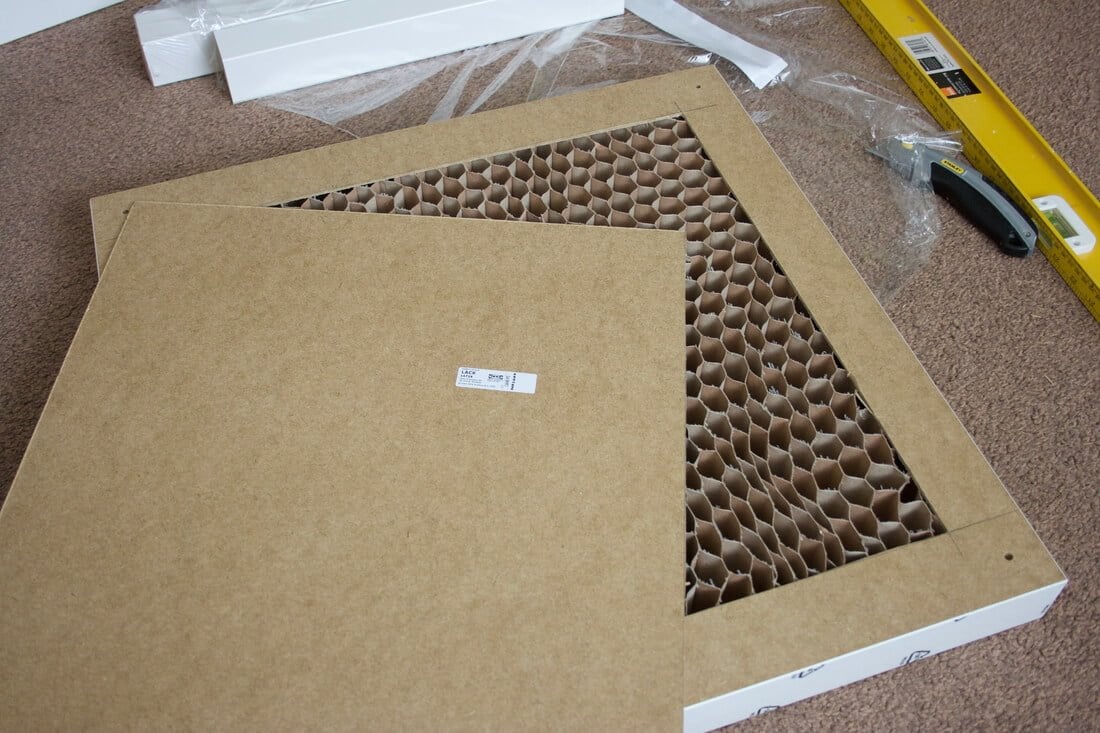 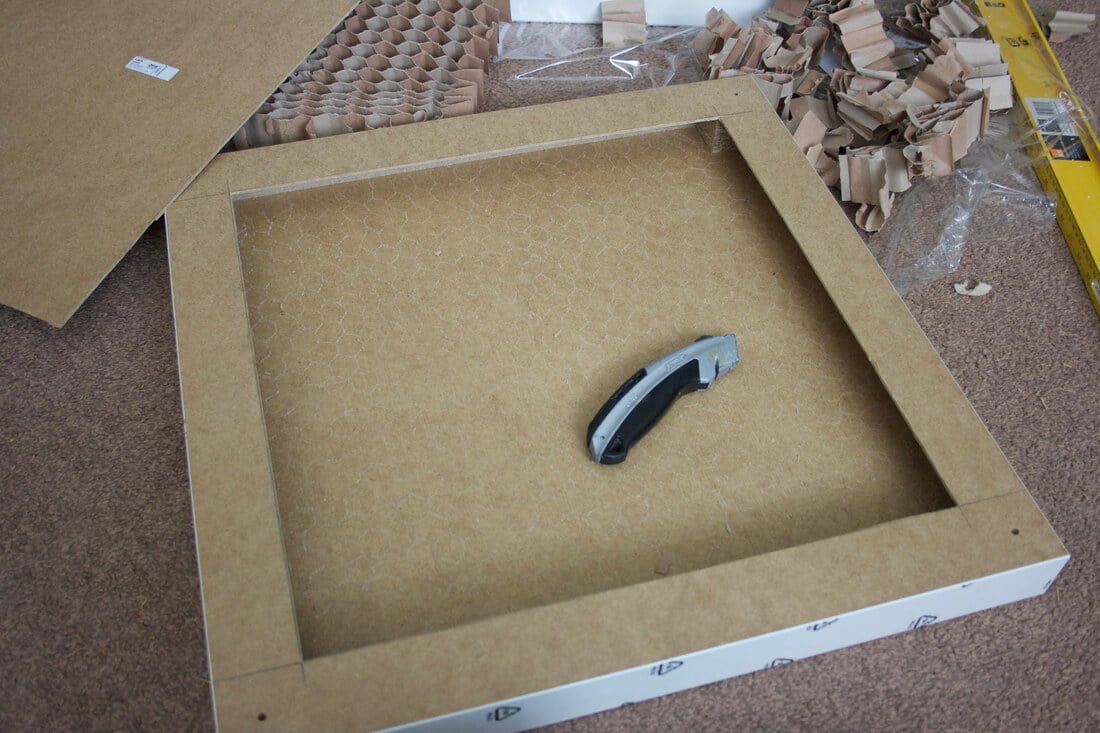 Once removed, cut your batons to size. I squeezed some wood glue all around the innards of the table and pressed the batons in place (the wood I purchased was the exact fit for the gap — I did a trial on an old LACK a few days before so I didn’t mess this one up!). I did the same for the other table top, but as you can see from the picture, this one has the slight over-hang. Once pressed in place, I squeezed loads more wood glue into the centre and put in the piece of the table I’d cut out (this is to strengthen the table top). I left it over night with weight on it to ensure it glued properly. I did this to both parts. 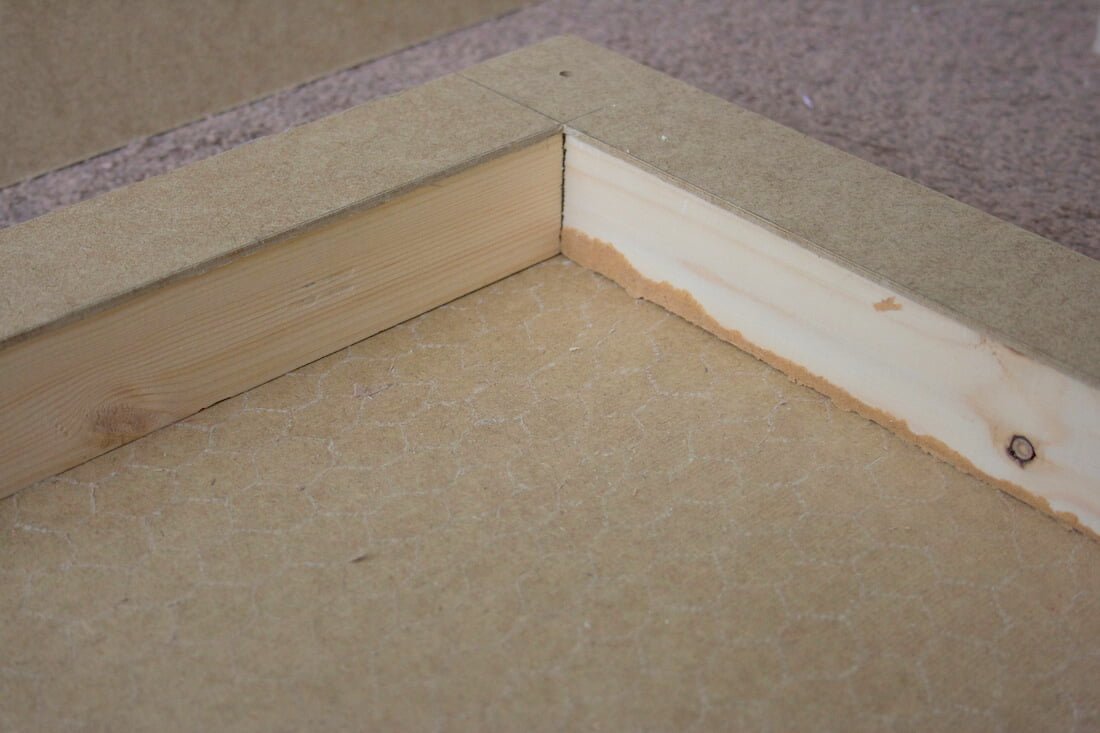 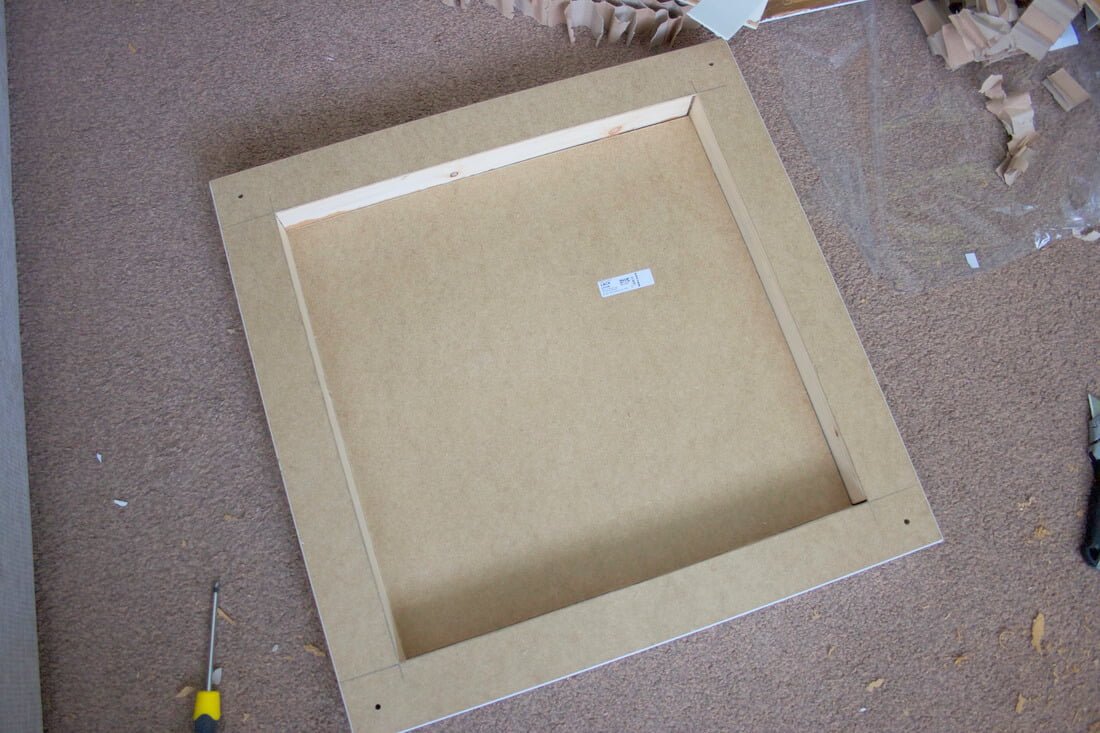 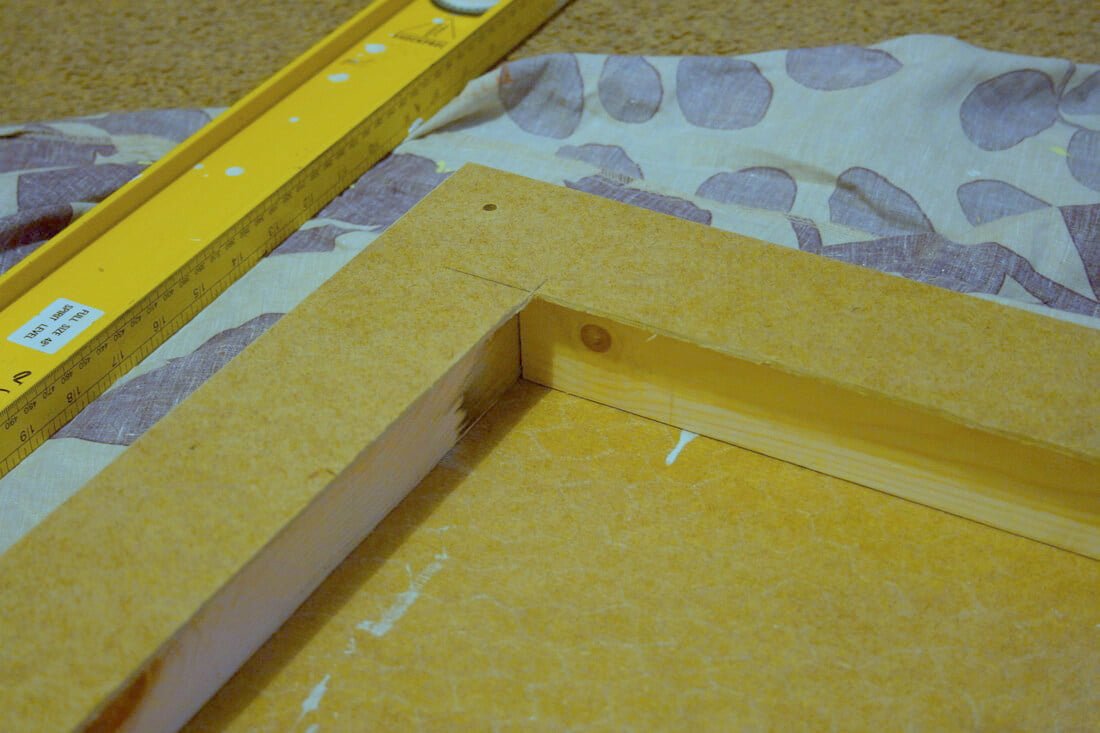 I then took my door hinges, measured them equally apart and again, used the Stanley Knife to cut them out. Because the frame inside the table top is very narrow, it’s important to make sure that the batons that you put in are pressed right against the inner frame as the hinges will screw into this. 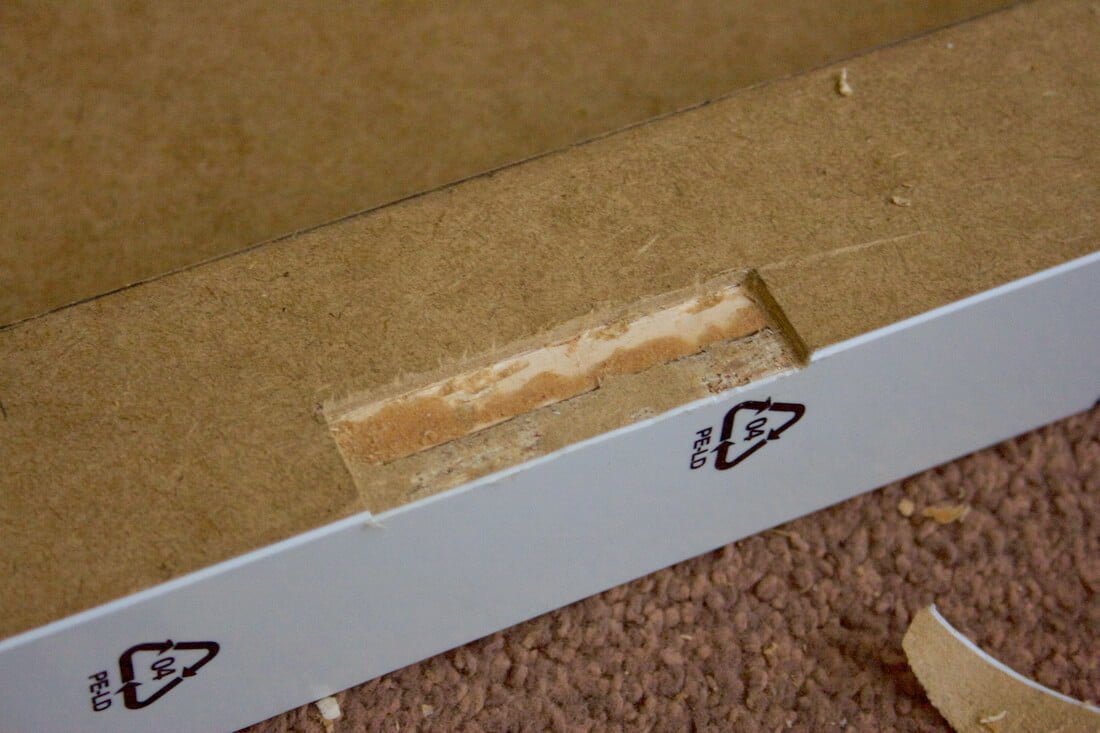 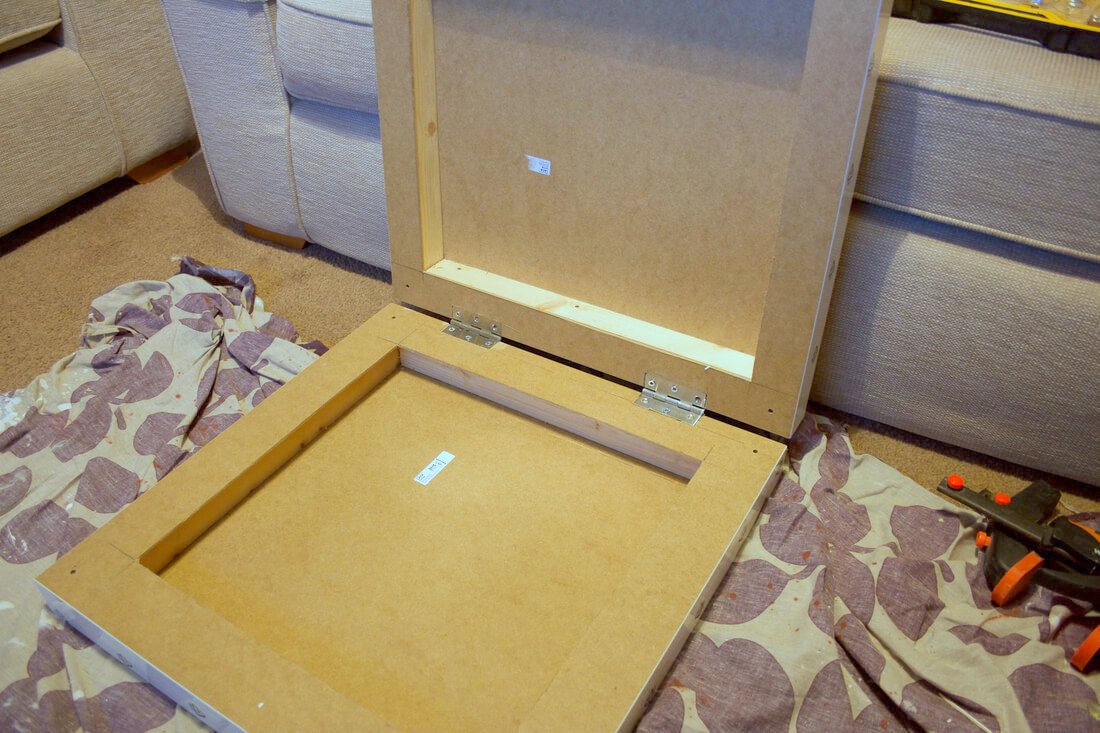 I then attached the legs and one of the dampers ensuring the table top with the overhang is on the bottom. As you can see, there is a slight cutout for the damper to slot into when the top is closed. When happy, I added the second damper, and drilled/countersunk/screwed the batons in place, but on the base only as this is going to be covered. 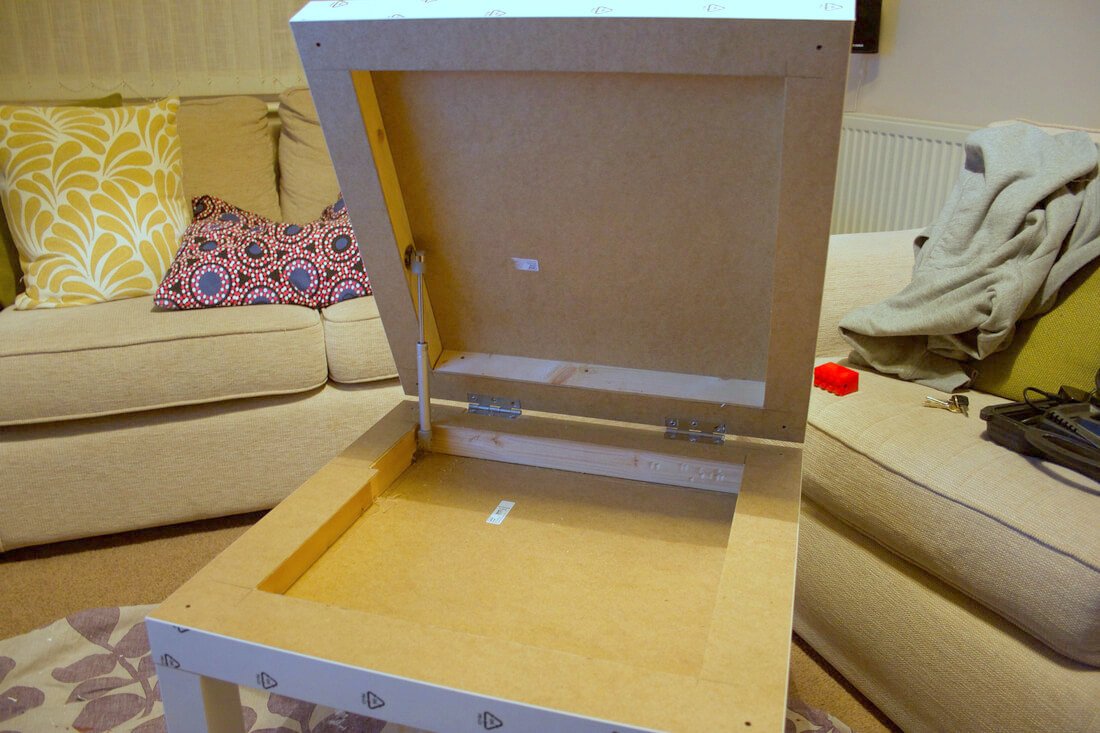 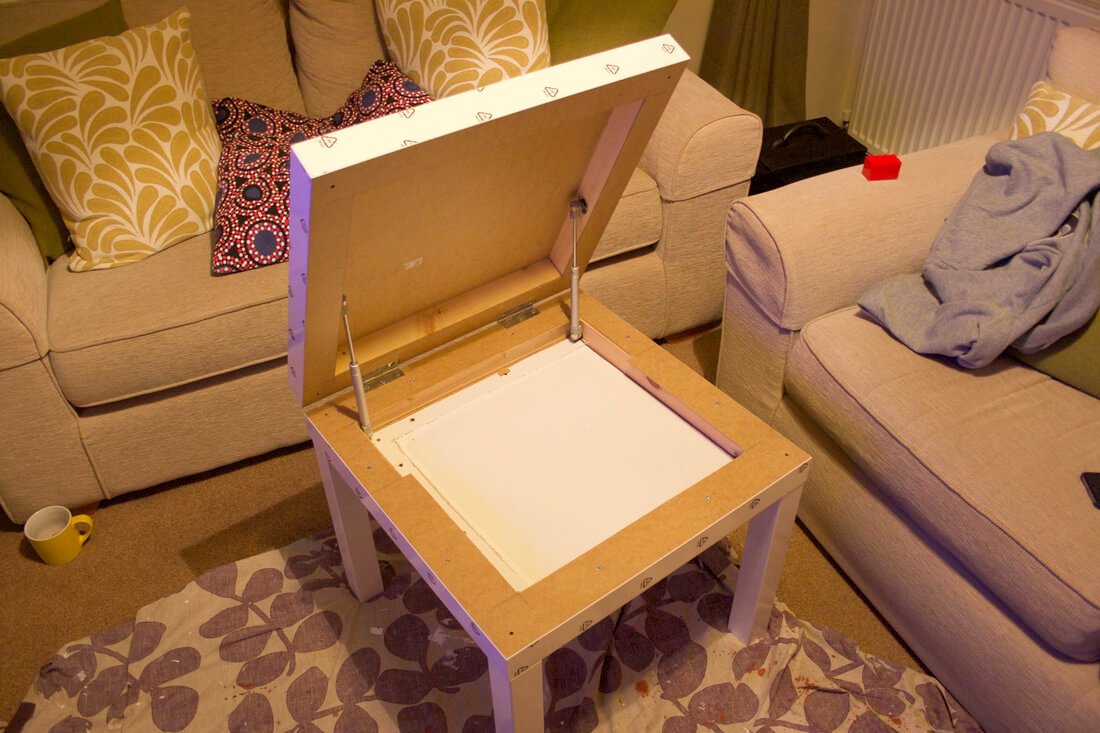 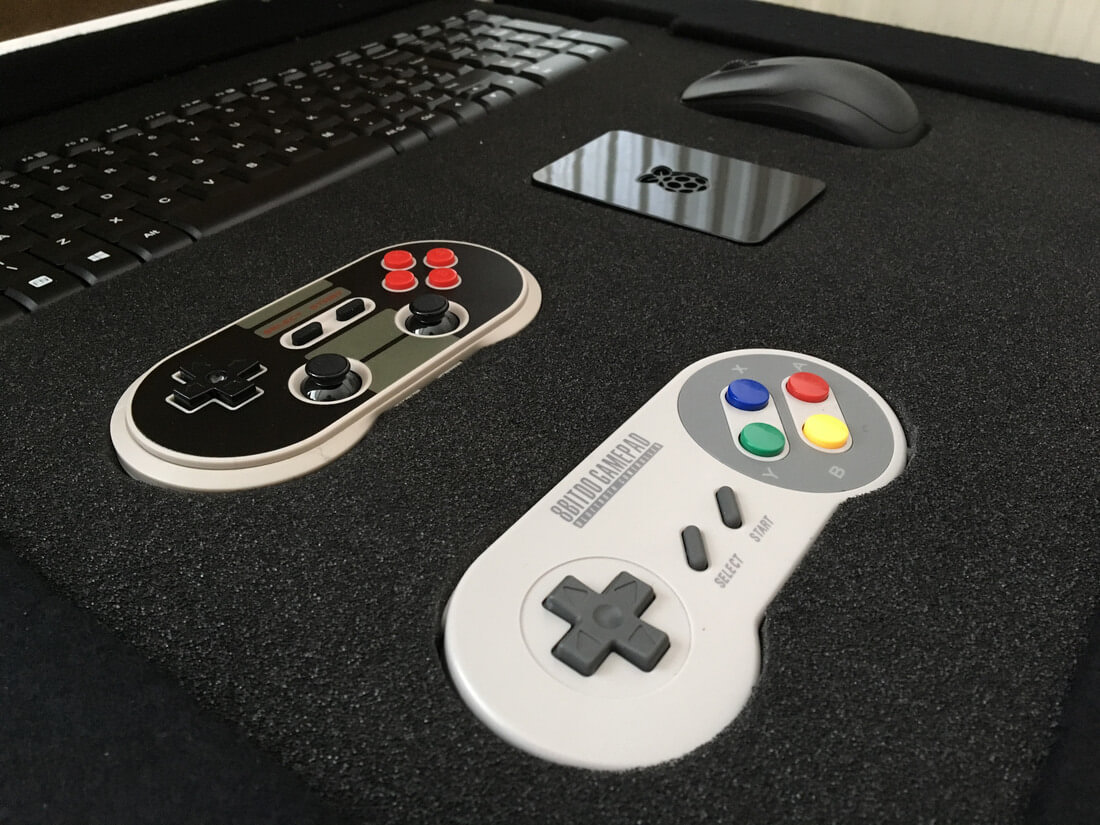 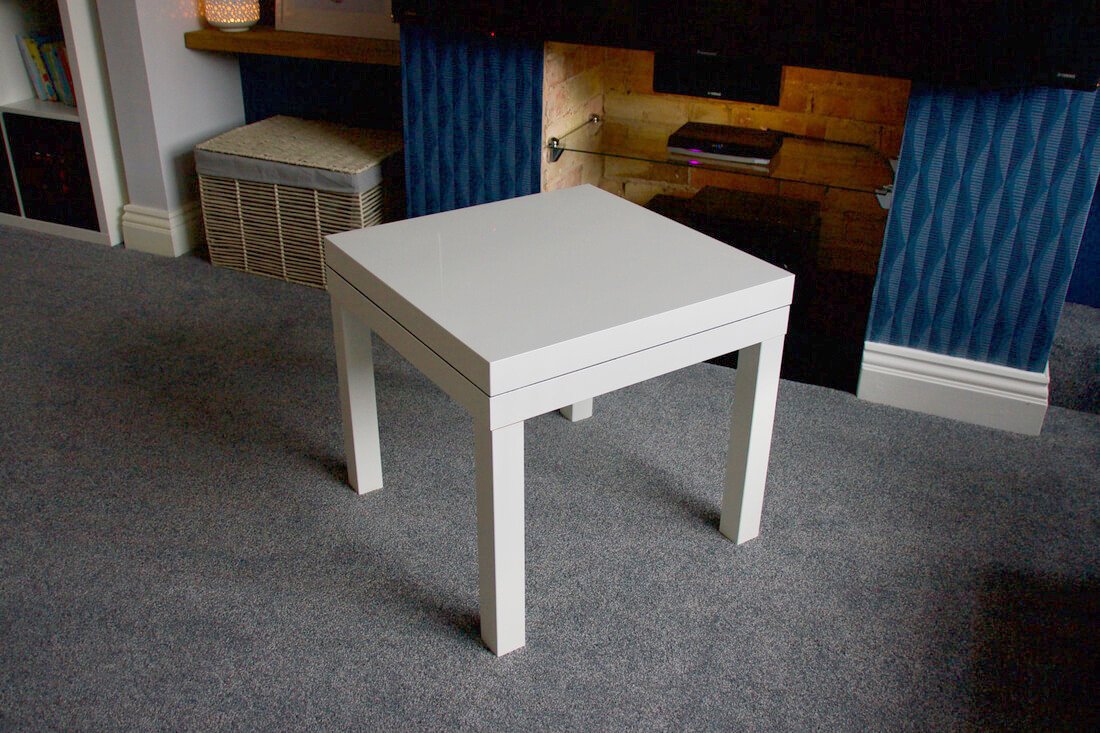 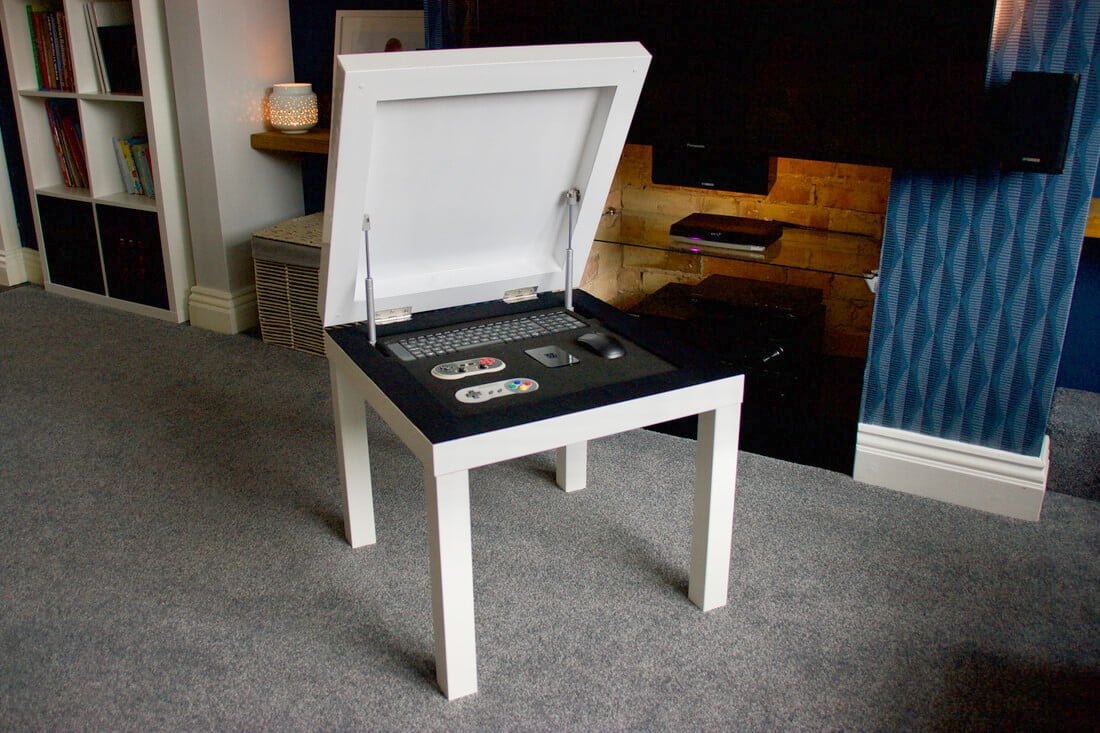 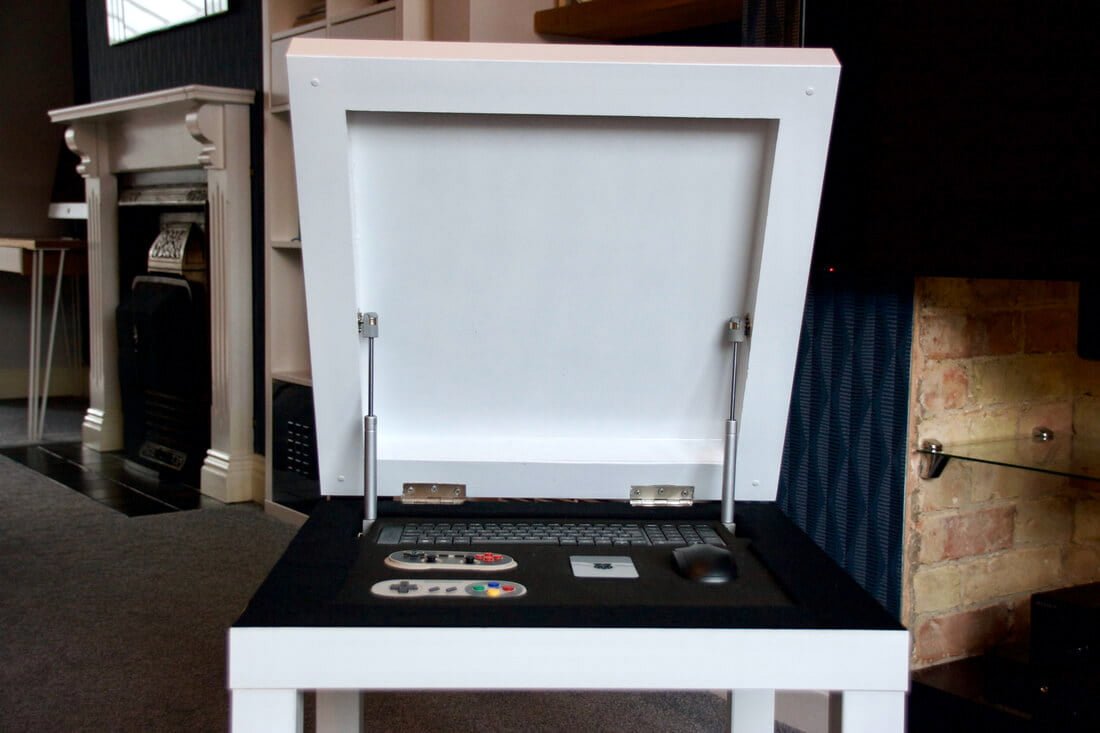 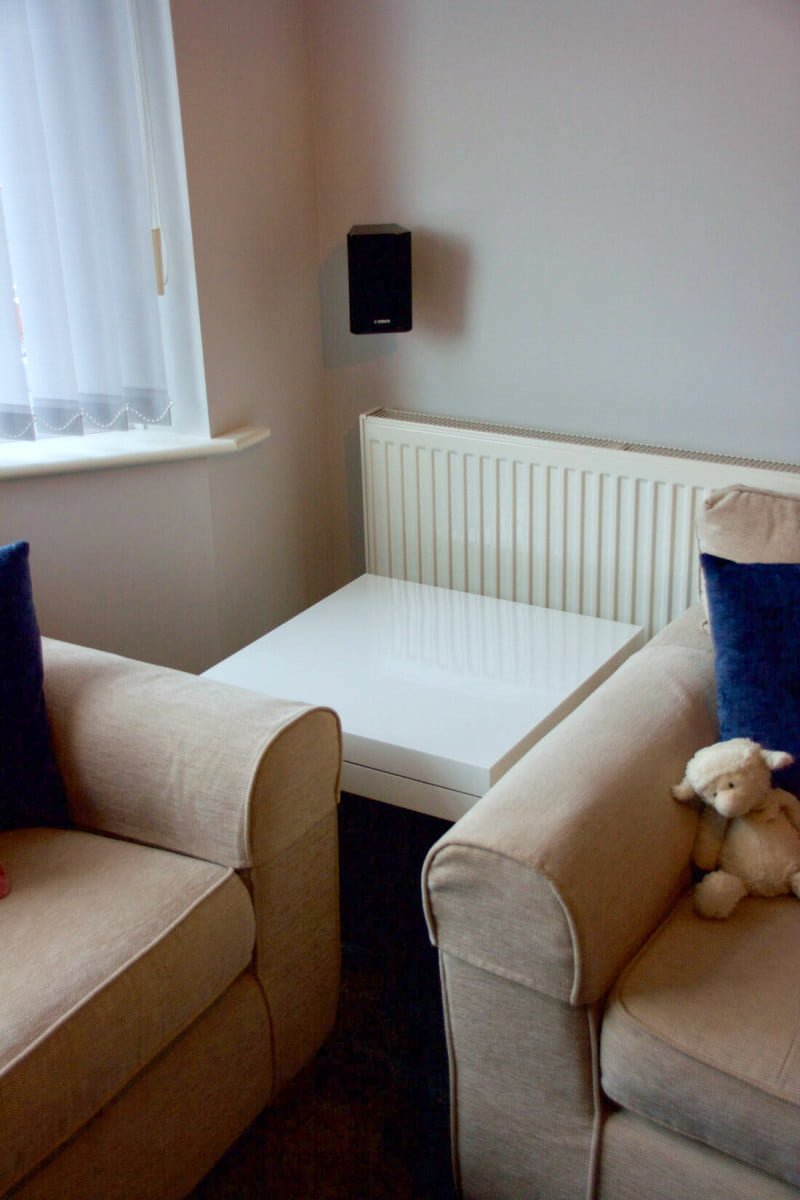 And there you have it, one storage table for my Raspberry Pi, hidden away from little fingers! If attempting yourself, it is important to make sure you reinforce the table top using the part you cut out as the table top isn’t as strong as it was (in one picture you can see I used some white hardboard that I had knocking around as I accidentally chucked my cut out away!).