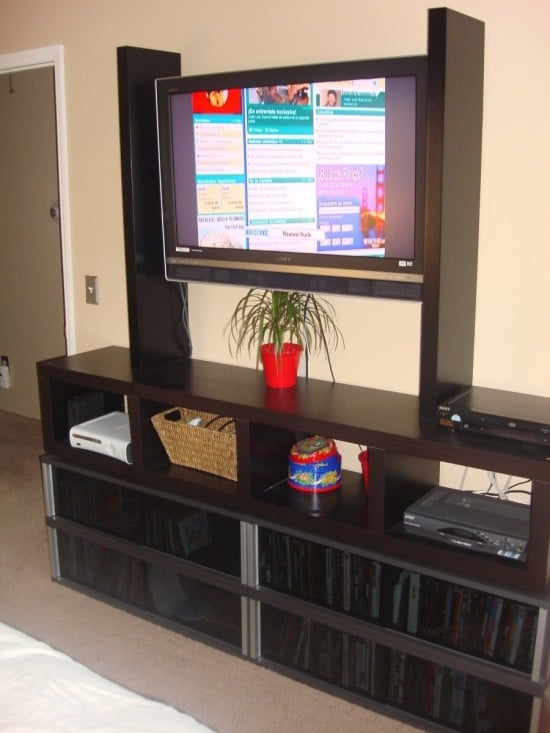 “i used two of the lack shelves and placed them vertically alongside the television (i did fasten them to the walls – but you don’t need to find studs in this case because there is no weight on them. the tv is wall-mounted.)

i used four of the cd cases as the base for the unit and i used a bookcase placed horizontally above the cd cases. the bookcase does need to be bolted in the wall (at least in my case it did. i suppose it could just be placed on top of the cd cases but stronger is better.”