this time bomb clock from lulubean is a blast. originally sent in for a contest in craftster, this ticker surely won my heart.

“i started with an ikea clock (the rusch, i think) i had hanging in the bathroom. i never liked the yellow but my mom bought it for me and it worked, so meh. i took it apart, painted it black, made a new face in photoshop using fonts from dafont.com, added some polymer clay and viola! a time bomb! 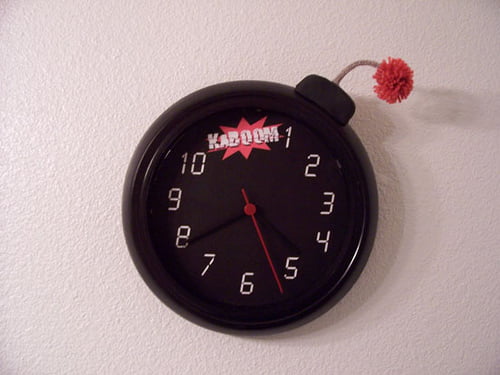 i had to add a counterbalance to the back of the clock because the bomb top made it crooked. if i had thought about that before i glued the face on i would have adjusted the face instead. the fuse is i-cord with wire stuck up the center and a little pink pompom i had lying around tied to it. i think in the future i’m going to have to repaint it with some of that spray paint made for plastic but for now i’m happy with it. i thought about painting the hands to make them stand out but I decided that in the theme of the clock, the only really important hand was the second hand – ticking away the time until the bomb goes off!”

here’s what it looked like when it started its life: 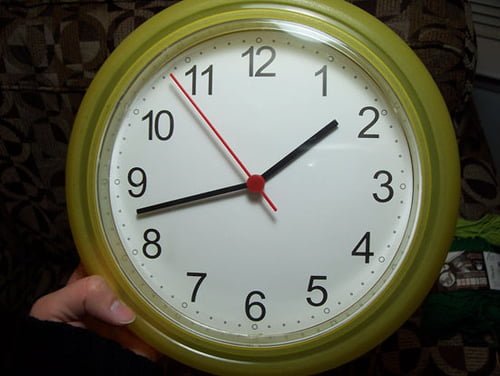