Hook up dresses
Andi gets some Bygel rails and hooks. “I used them in my daughters room to hang up dress-up clothes so they are in easy reach for them but organized for me!” Clamping them tight is all you need to do. 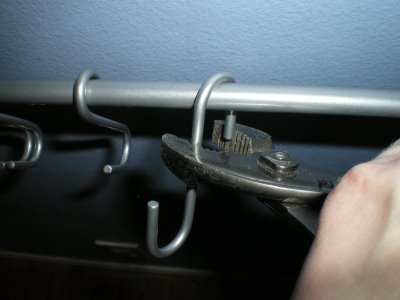 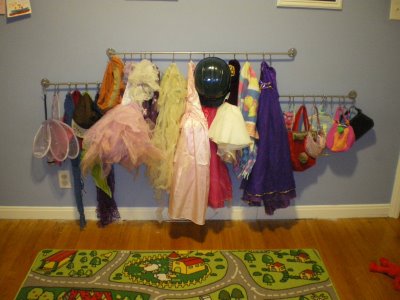 See more of her dress-up hangers.

Hook up with colours

Robert changed a seemingly “useless” product into a row of colourful hooks. He says, “I made a nice Ikea hack and just hope they release it themselves because the original product is totally useless as it is now (in my opinion). At the Ikea-family dept (in Amsterdam) they sell 5 wonderful colored hooks (Njuta, not found on their site) on a ring(?) and I just used that hooks and some curtain rail stuff to make a nice hall rack!” 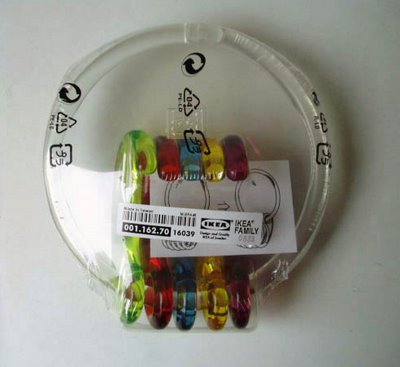 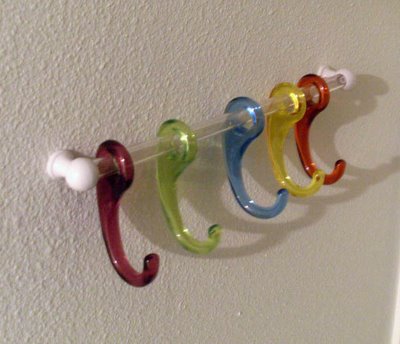 Laura found a great way to hang up her coats. She says, “I needed something to hang coats and jackets near the door in the non-existent hallway of my super small new home. The problem was that I can’t make holes on that wall because there is a sliding door and on the other wall there are electric panel and other stuff that I
can’t cover. In addition there isn’t enough depth to place a piece of furniture that stands up on its own without being fixed to the wall. The last problem is the lack of money. 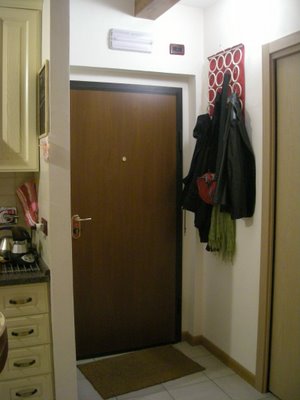 So I drilled two holes above the structure of the door and put a Komplement multi-use hanger on two hooks. I used a set of Bygel S-hook to hang stuff and placed a piece of Lenda fabric behind, just to make it more colorful. 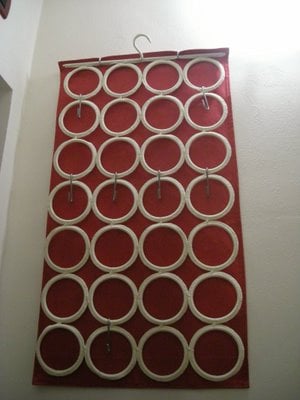 It needs improvement, expecially on the ‘hooks’ side, but it works really well, I like it and it is incredibly cheap.

Hang up the bottles
Rob finds a way to hang up bottles. He says, “I simply super glued a metal washer to the cap of a prescription bottle, and yes it must be super glue – all others I tried failed (Elmer’s Glue All, any white craft glue, Hot glue gun) But the super glue worked. 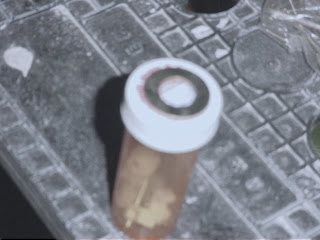 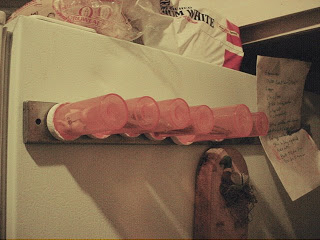 Then I take a Ikea Asker magnetic knife holder. And hang them up, with the little bottles filled with staples, paperclips, small nuts and bolts – you name it.”