“a while back, my husband and i were at ikea in philadelphia, and we saw a monitor stand made from a galant half-round table top and some 4″ capita legs. before that we had only seen the galant half-rounds used as an end-cap for a galant table. we thought it was a great idea, since i still have an old monitor that’s pretty heavy and needs that support, and so we bought the supplies and assembled it at home (pix below). 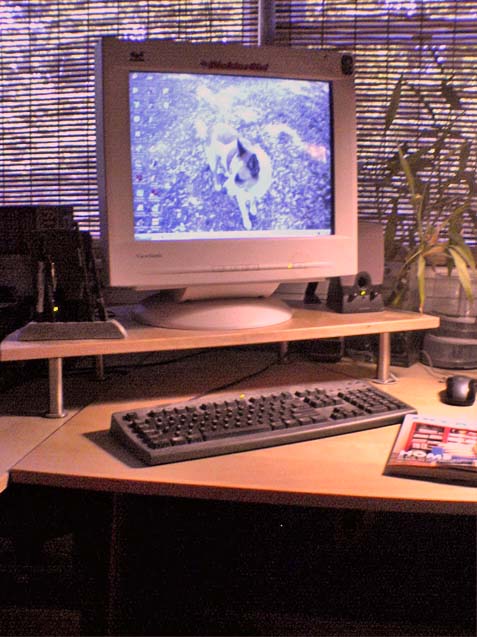 this past weekend, we were back at ikea philadelphia and i guess since the galant half-round wouldn’t match the alve desk, someone had the brilliant idea to make a monitor shelf made from what i believe to be an adel kitchen cabinet door (though it might have been a spare alve door they had around, i’m not quite sure which) and the capita legs (pix below). i’m not sure if this hack is a local hack or not, but i thought it was fun to see them use their own products in unconventional ways.” 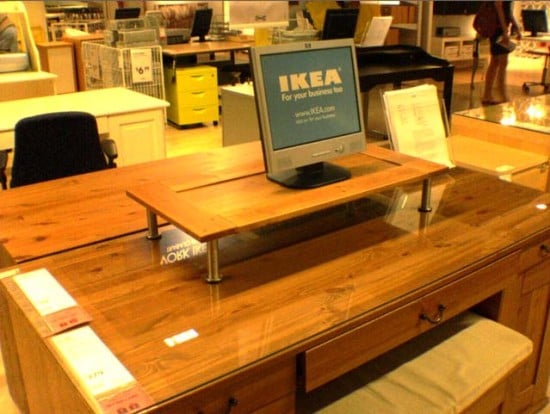