simon bought a vilan recliner (can’t find the link on ikea’s website) but it didn’t lean as far back as he wished for him to kick back and relax.

he says, “it’s a comfortable chair but it doesn’t recline nearly far enough to let me relax, so i hacked it.

here’s the result. the first picture has the chair with a wall behind it. the wall supports the top of seat and stops it tipping back, so you use the chair in this position when you want to sit up. i’ve taken the padding off so you can see the position properly. 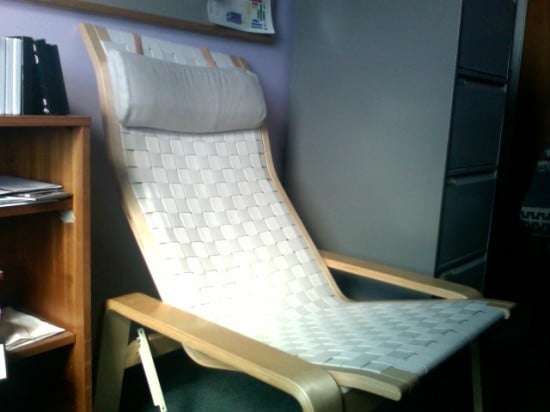 the second picture has the seat in fully reclined position, with a single-bed quilt for padding and a cushion to support the lower back. in reclined position the chair is perfectly balanced, extremely comfortable, and has a little freedom of movement so you can tilt it slightly forward or backward as you prefer. 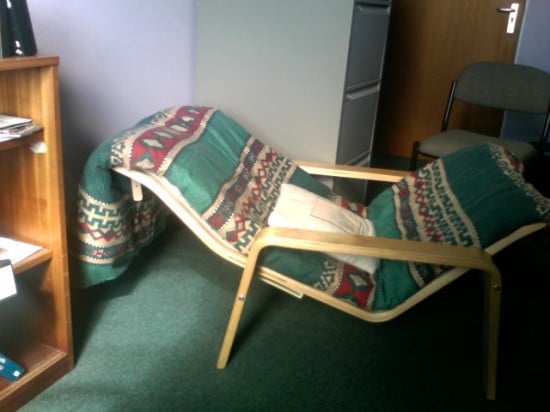 the hack requires no extra parts, merely the removal of some components you put in originally and a repositioning. first you detach the seat from the stand. here are the pieces i removed: 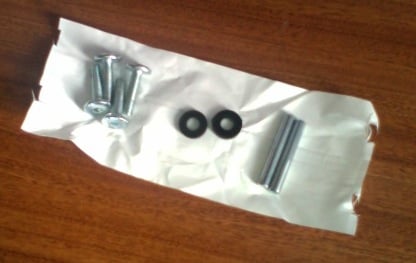 the screws attach the seat part to the two runners at the front of the supporting stand. the rods and washers suspend the seat between the arm rests of the stand. once these are removed you have two separate parts, the seat and the stand.

the secret to proper reclining is to reverse one part: put the seat on the stand backwards. once you’ve done this, you’re left with a seat which can recline all the way flat. the only thing to watch out for is keeping your hand out of the armrest area as you change from upright to reclined and back again.”