rast not in peace

there are 2 products in the rast range, a bedside table and a 3-drawer chest. they are relatively cheap and not the prettiest pea in ikea’s pod. but they are made from untreated solid wood so that makes them totally hackable. let’s start with the rast beside table.

rob’s rast ottomans
he writes, “just thought i would show you my rast ottomans! a very simple hack! i upholstered two rast bedside units to make footstools that double as a coffee table! now i tell my guests to ‘rast’ their feet!” 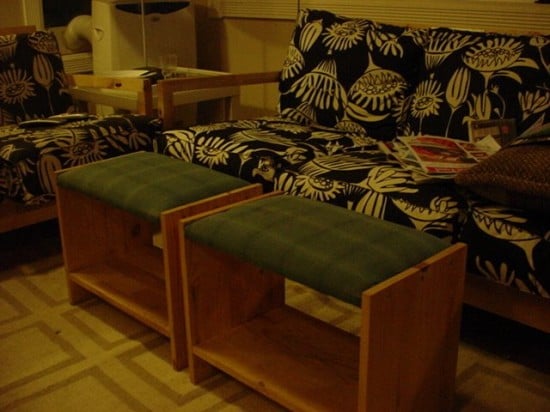 see more of rob’s rast ottoman and other hacks.

andrea’s rast printer stand
“the attached pictures are of two rast bedside tables that i turned into a scanner-printer stand,” she says. “at first, i planned to assemble both according to the directions. but the floor is very uneven. they’d look silly leaning in different directions from each other. instead, i assembled the first table according to the directions. then i shortened the shelves of the second one and attached them to the first. 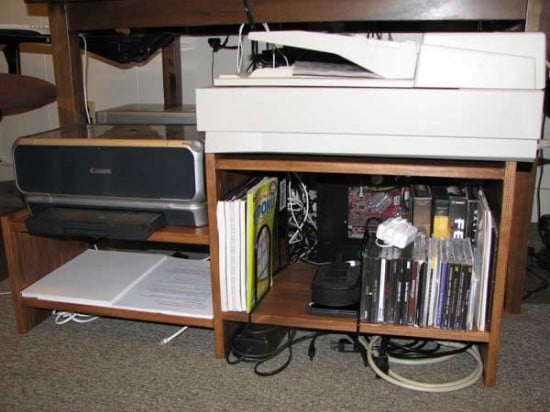 i borrowed a nifty tool to precisely place and line up the screw holes, but i don’t remember what it was called. then i added the end piece and stained the whole thing. the stand fits wonderfully into the small space i’ve got. my computer table sticks out from a hallway into the eating area, so i wanted something that wouldn’t crowd the hall any worse. 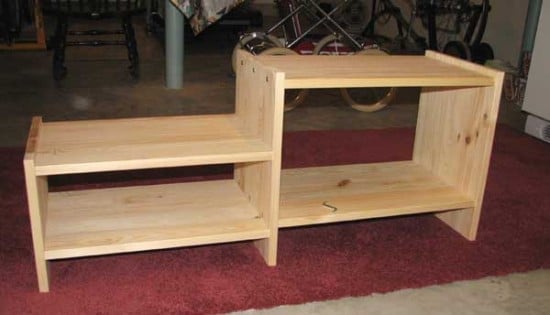 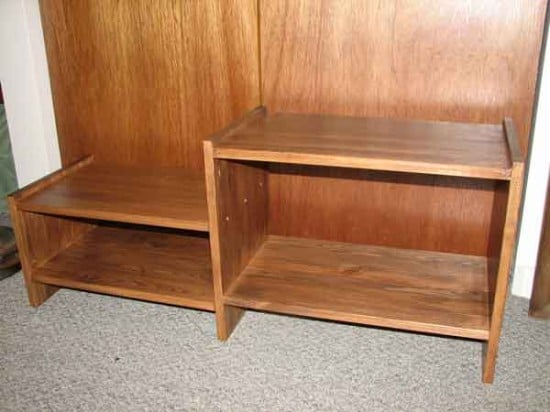 notice too, there’s now room for my beast of a scanner, which used to live in another room. but the best part was the price… $30 for both tables. oh, the black metal bookends are also ikea. flit. i spray-painted them black.

jake’s rast kitchen counter top storage
jake had a kitchen counter that was too deep leaving a lot of wasted space. to solve this he took a rast bedside table and chopped it into half. best part is, it works! 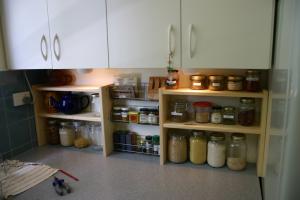 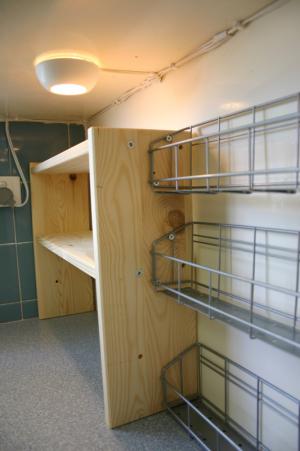 and now onto the rast 3-drawer chest. my guess is that the chest looks so utilitarian that one cannot help but try to beautiful it. here’s how 2 hackers did it.

sol’s rast 3-drawer chest with clay knobs
sol writes, “i bought two rast chests of drawers for my son’s room. he’s one year old and his clothes begin to be a bit too many. i mounted the chest up and realized it was dull and plain ugly. so i bought some blue paint and oven-hardening modelling clay. i painted both chests twice, and with the clay i made some nice knobs. 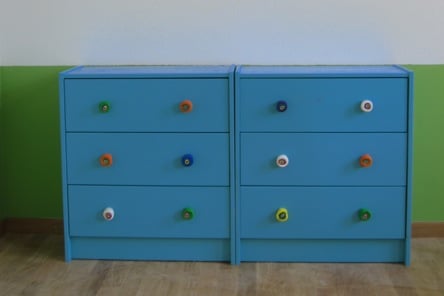 these are the knobs. the clay is from eberhard-faber and is called fimo 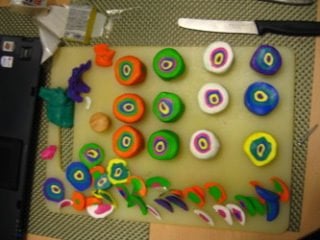 astrid’s painted rast drawers
“we got a simple rast chest of drawers,” she tells me, “and my father painted it for my daughter (whose initials are EML). we used the numbered drawer pulls also from ikea to replace the original plain wood ones. 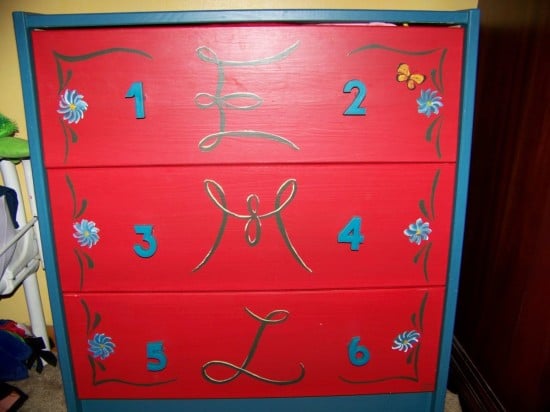 he did let the wood dry out for a few weeks before painting it, so that it would take the paint better.”