Yeah, under the sofa is a great spot of unused space. Alix reclaimed it as a kid’s toy storage space, with a surprisingly easy to do hack.

“We have a ‘kid corner’ in the living room, but of course the quantity of toys rapidly outpaced the single corner. Rather than allow the increasing clutter to overwhelm the room, I wanted to find a way to make use of the space under our couch. The Ikea Pax/Komplement wardrobe drawers proved to be the answer. The drawers were a tiny bit too tall, so I had to shorten them about a quarter inch with a table saw. To maximize storage space, wheels rather than casters (which are inevitably under mounts) were needed, and it was also important to mount the wheels to allow for just enough clearance for the drawer to roll. The wheels were surprisingly hard to find, but the internet eventually produced a source.” 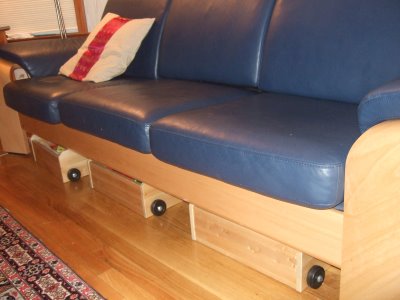 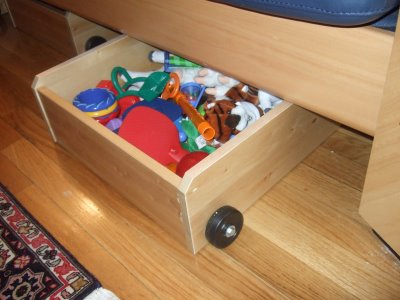