Wall shelf from a coffee table with a bonus end table!

Scotty and Holly had just bought a flat screen television and wanted it to go on the wall. But then, where do you put all the other stuff? 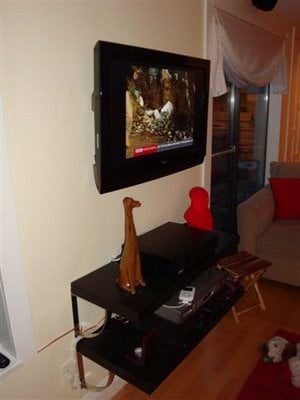 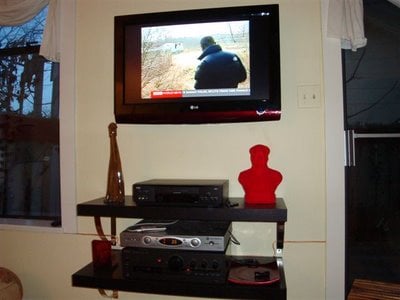 With the leftover coffee table bits, I constructed a decorative end table, perfect for housing a lamp, using the Lack’s second shelf as the table top, and a base stablizer. The legs form a column as the base. 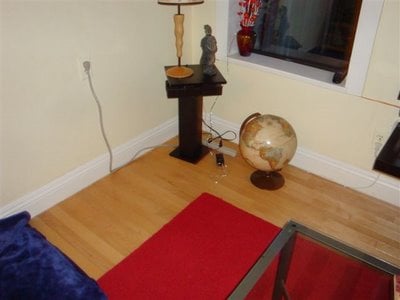 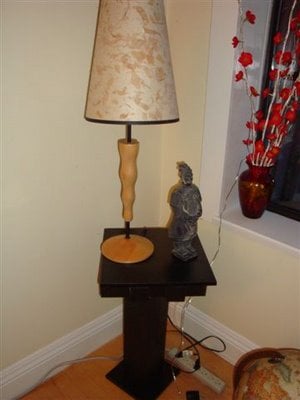