Zigging the zag in Lack

Hans unzigs the zags in the Lack shelf for a neat bookcase.

He says, “I’ve felt for a long time that I liked the Lack Zigzag shelf though I thought it took up way too much wall space so I wanted to remake it and take advantage of the storage space it provided though without using so much space. I had made several drawings on ideas on how to change it before I bought it and I thought the hack would be easy, it wasn’t. The shelf is made so that it can only be assembled in one way thus creating that zigzag-form.

To alter that I had to use a power drill to drill thru the holes for the wooden plugs and the screws so that I could alter the design. Unfortunately I got a bit carried away and drilled thru way more holes than I needed. 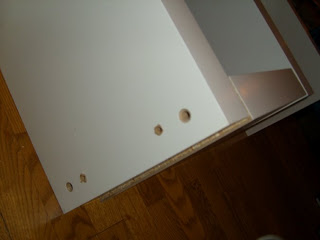 Fitting my new design in a straight manner to the wall turned out to be very difficult though. The original shelf’s fittings are placed in a row but my alterations of the shelf placed the fittings in a much more chaotic pattern that was hard to get lined up correctly. My first try to get the holes for the fittings in the right places was made in this fashion. 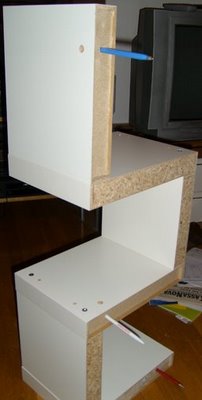 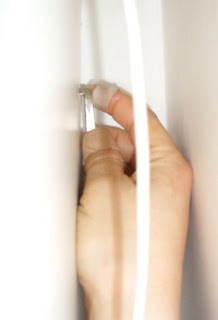 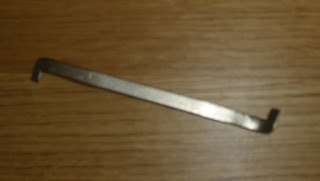 I was in luck that I had this very special screwdriver, otherwise I don’t know what I would have done. Placing the shelf close to the corner was good in an artistic way but maybe not so good in a practical way. Anyways here’s what it looks like when it was finished. I’m very pleased with the result and it fits nicely next to my desk.”